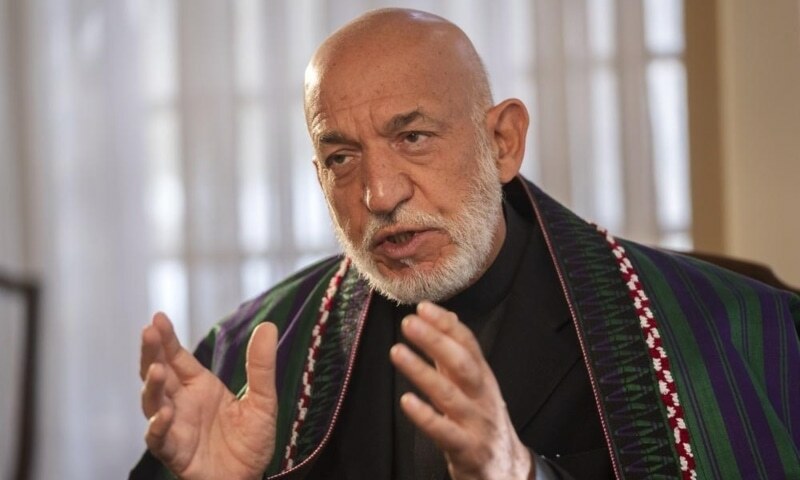 KABUL: The Taliban did not take the Afghan capital, they were invited, says the man who is said to have issued the invitation.

In an interview, the former Afghan President Hamid Karzai gave first insights into the secret and sudden departure of Afghan President Ashraf Ghani and how he came to invite the Taliban to the city to protect the population so that the country does not fall into chaos.

When Ghani left, his security officers also left. Defense Minister Bismillah Khan even asked Karzai if he wanted to leave Kabul when Karzai contacted him to see what was left of the government. It turned out there weren’t any. Not even the chief of police in Kabul stayed.

Karzai, who was president for 13 years after the Taliban was driven out after the 9/11 attacks, refused to leave the country.

In an extensive interview on his tree-lined grounds in the center of town, where he lives with his wife and young children, Karzai insisted that Ghani’s escape thwarted a short-term plan that focused on the Taliban’s entry into the capital.

He and Abdullah, the government’s chief negotiator, had worked with the Taliban leadership in Doha on a negotiated agreement that would allow militia to enter the capital under controlled conditions. The countdown to a possible deal began on August 14, the day before the Taliban came to power.

Karzai and Abdullah met with Ghani and agreed that they would leave for Doha the next day with a list of 15 others to negotiate a power-sharing deal. The Taliban were already on the outskirts of Kabul, but Karzai said the Qatar leadership had promised the insurgents would stay out of town until the deal was concluded.

Early on August 15, Karzai said he was waiting for the list to be drawn up. The capital was nervous and nervous. There were rumors of a Taliban takeover. Karzai called Doha. He was told the Taliban would not enter the city.

At noon, the Taliban called to say that “the government should remain in its positions and not move (since) they have no intention of going into town,” said Karzai.

However, around 2:45 p.m. it was found that Ghani had fled the city. Karzai called the defense minister, called the interior minister, looked for the Kabul police chief. Everyone was gone.

The deputy chief of Ghani’s own protection unit called Karzai to come to the palace and take over the presidency. He refused, saying he had no legal right to the job. Instead, the former president decided to “do a public television message with his children by his side so that the Afghan people know that we are all here”.

Karzai insisted that if Ghani had stayed in Kabul, there would have been an agreement on a peaceful transition.

Today, Karzai regularly meets members of the Taliban leadership and says the world must engage with them. “Equally important,” he said, “is that the Afghans have to come together”.

He added: “This can only end if Afghans come together, find their own way.”