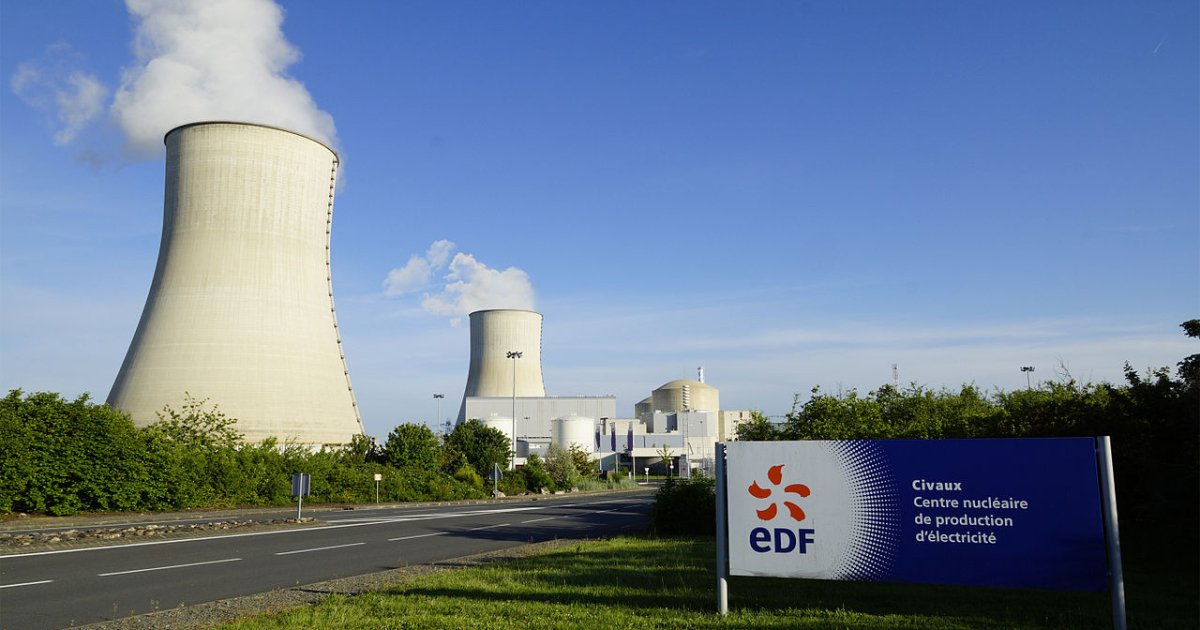 Due to the shutdown of nuclear reactors in France, electricity in Germany will become more than 10% more expensive next year

Always be up to date with the telegram channel Fast focus.

EDF is reportedly planning to shut down two reactors at the Chooz Nuclear Power Plant this week and extend the shutdown of two units at the Civaux site through spring to replace broken pipes. These plants now account for almost 10% of France’s nuclear capacity.

The four reactors in Chooz and Civaux are the largest and newest of 56 French reactors. They were built in the 1990s and each have an output of around 1,500 megawatts. That is enough to supply millions of people around the clock.

EDF will shut down the Chooz reactors by January 23, according to documentation on the company’s website.

France is a major electricity exporter to neighboring countries via huge cross-border cables, meaning the effects of the blackouts will be felt in Germany, Spain, Italy and the UK. According to the Bloomberg model, peak demand in France alone will grow by 7% next week and exceed 80 gigawatts.

Will Europe have a cold winter?

To make matters worse for the market situation, the air temperature in most parts of the continent will drop below the average.

Temperatures will be below average in most parts of Europe next week, Maxar meteorologists say. At Christmas it is 5 degrees Celsius below the average in Paris.

Electricity in Germany has risen to 230 euros per megawatt hour at the European Energy Exchange AG for 2022. January futures rose 52 percent (to 600 euros) and broke the record.

Experts believe that in Ukraine the price of electricity can reach 2.5-4 UAH / kW * h. rise.

also read how much do bread, sugar, milk and building materials cost in Ukraine due to increased gas prices.