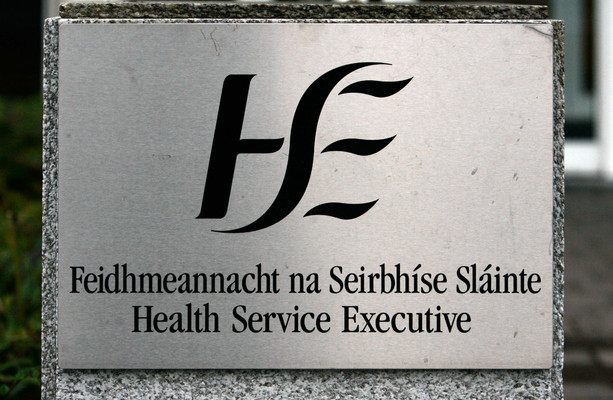 In response to the report, HSE chief Paul Reid said he wanted to apologize to residents and their families.

“The facts are very clear”

“As we have seen and learned from the reports, these events have had shocking consequences for many people. The facts are very clear: people in need of protection were sexually abused in our care.

His comments were endorsed by Anne O’Connor, HSE’s chief operations officer told RTÉs News at One: “That should not have happened. We should not and will not be above what happened here. “

Earlier, when commenting on the report, the HSE apologized to residents and their families for their “neglect of care” at the North West facility.

Its statement said it “fully accepts” the findings of the National Independent Review Panel (NIRP), which produced the report.

In 2018, the HSE commissioned NIRP to conduct a review of serious incidents that occurred between 2003 and 2016 at Stillwater Services, which are HSE residential and day care services for adults with intellectual disabilities.

An external expert had previously carried out a review of these incidents in 2018.

This review found 108 occurrences of sexually inappropriate behavior by a Stillwater Services resident who was given the pseudonym “Brandon”.

Brandon passed away in the nursing home in April 2020.

He had a diagnosis of mild to moderate intellectual disability and bipolar affective disorder, as well as a diagnosis of frontal lobe syndrome, to which a senior clinical forensic psychologist directly attributed his sexually inappropriate behavior.

Brandon was first admitted to the service in 1991, with the first recorded sexual assault incident of him being recorded in 1997.

The review focused on incidents that occurred from 2003 onwards.

This most recent review looked at identifying the errors in the system and what we learned from the incidents.

According to the NIRP report, the abuse was caused for a number of reasons, including an “outdated” medical culture, a legacy of bullying in the facility, and a “lack of outside management oversight and guidance from the HSE”.

It also found that, despite a “plethora” of guidelines, there was “little evidence” that staff had been properly trained to implement them.

“Basic guidelines on practices such as informing families when their loved ones have been injured were rarely followed at the time,” it said.

It found that “the verified evidence clearly shows” that the alleged abuse was taking place with the “full knowledge of the staff and management” of the facility at the time.

It was eventually brought to light through the actions of a whistleblower who reached out to a politician in October 2016, who in turn brought it to the attention of the county’s director-general of the disability service.

This resulted in a retrospective being conducted to determine the facts and extent of Brandon’s behavior.

The panel believes that the “most important factor was the clinical environment” of the facility, which was later rebuilt in a separate complex complex.

When most residents finally moved to the complex in 2005-2008, this hospital culture continued, with the houses in the new facility being referred to as wards and the disabled people living there as patients.

“The review team found that the practice at this complex is out of date and has all the characteristics of an institutionalized, gathered environment,” the report said.

As a result, residents were “totally dependent” on staff to protect them, and a lack of control or choice left them “powerless to protect themselves from Brandon or avoid his unwanted sexual advances”.

According to the report, employees also experienced this powerlessness “as they regularly reported incidents to the then director of nursing in the expectation that something would change that it never did,” despite their attempts.

Staff told the review board that their work environment was one where “people were very scared and still have to come forward,” describing “a legacy of bullying where people were shouted down and sometimes bullied from their workplaces” .

This created an “ultimately unmanageable situation” in the facility.

“This difficult work environment has undoubtedly contributed to high levels of absenteeism and dependency on temporary workers, which themselves have contributed to Brandon’s ongoing mismanagement,” the report said.

It added that the strategy of “moving Brandon from place to place to control his behavior was only intended to make the situation worse,” as it only opened up new opportunities for Brandon to abuse new victims.

“Unfortunately, at no point in Brandon’s twenty years in the ministry has a holistic assessment of his needs been made or alternative, more specialized accommodation to be considered,” the report said.

It also found that Gardaí had made four reports of Brandon’s sexual assault against local residents.

The first of these occurred in 2011 when “a nurse met a garda sergeant at the local ward,” but the report concludes that “no evidence of HSE follow-up was found on this report”.

HSE announced today that it acted immediately after receiving the report last year to ascertain the current safety of residents within the service in question.

Regular meetings are held on the protection of individuals within the Disability Service, which has “undergone significant reforms” in general and in particular in response to the findings of the Brandon Report.

“The residents of the service and their families remain our priority. All concerned receive and receive a range of multidisciplinary support, ”said the HSE.

With reporting by Stephen McDermott and Aoife Barry