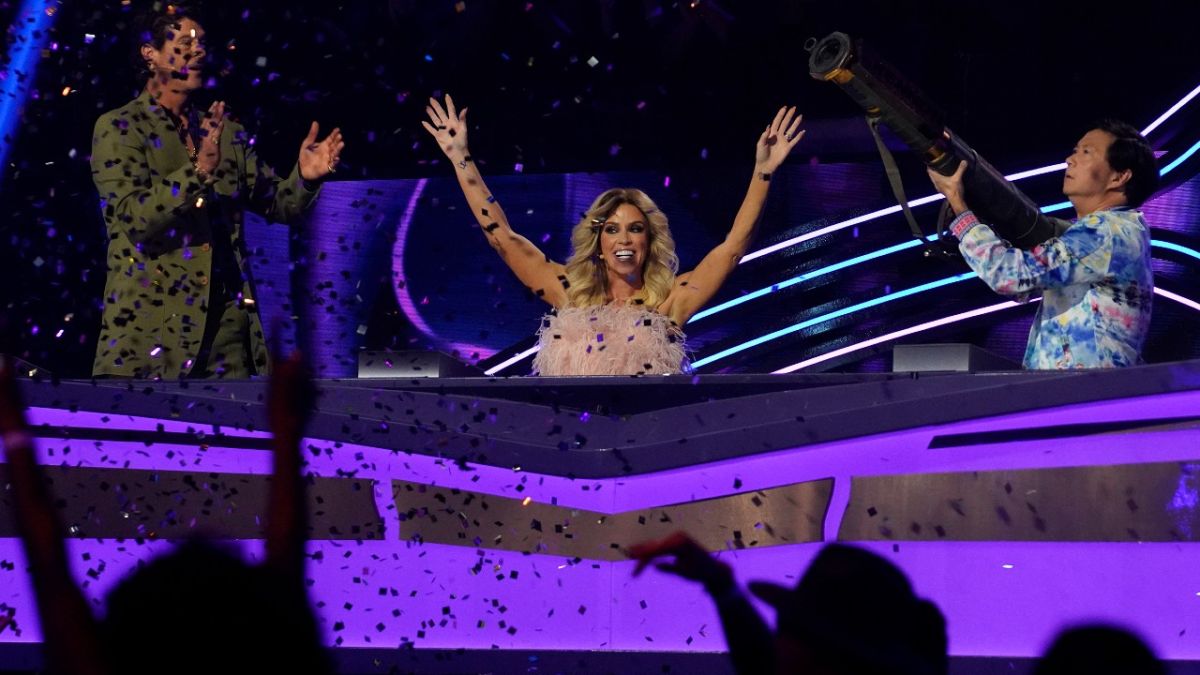 Warning! The following contains spoilers for The masked singer Season 6 finale. Read at your own risk!

The masked singer Season 6 crowned their champion in the two-hour finale, and it was a showdown to be remembered Taurus and the Queen of Hearts. Bull acted bravely, but in the end, the Group A finalist just couldn’t beat the incredible vocal power of Queen of Hearts. The bull has been exposed and exposed Singer and choreographer Todrick Hall, with the winner of The masked singer Season 6 His jewel!

The season 6 finale was exciting not only because both Todrick Hall and Jewel are so talented, but for a completely different reason as well. this Masked singerThe season finale in and of itself was a huge improvement over the efforts of the past few years, largely because it switched from advance three competitors on two for the final round of performances, and the end result was better on so many levels.

As mentioned, The masked singer usually brings three competitors to its season finale. Season 6 bucked that trend by never bringing the Group A and B singers together and instead hosting a tournament-style showdown with one representative from each side advancing to the finals. That did for me The masked singerThe last part is more of a real championship competition, a feeling I’ve wanted for years. The three-person format always felt unnecessary as there was often a finalist who didn’t really have a chance of winning. Bull and Queen of Hearts were the strongest contenders of the season, so it made sense that the pairing deserved to be pitted against each other in the end.

A personal pet annoyance with The masked singer‘s final finale is that they often felt quite rushed when the actual performances were happening. Usually the first hour of a finale is spent warming up the season, while the second hour is devoted to meat and potatoes. And those 60 minutes usually go by very quickly when three competitors are still fighting for victory, so that things feel too high despite the extended running time. However, the producers did it with season 6 by giving each competitor the chance to perform twice, and viewers were even given appropriate interviews and reactions from Toddrick Hall and Jewel, which really helped seal the deal and the finale to give a special feeling.

Will The Masked Singer make this the standard for future seasons?

I would like to see The masked singer make the season 6 finale the norm for the future, but of course we have no idea if that’s going to happen. What I can say is that season 6 had roughly the same number of participants as it did in previous seasons, so I wouldn’t imagine that this might not possibly be the norm in the future. (Unless I’m the loner here and the rest of the world hated the two-person focus.) The masked singer changes its rules and turns the competition upside down more than most TV shows of the same type, so there really is no guarantee of it everything becomes a permanent fixture in the show. That said, I remain optimistic and hope that the finale will be just as well received by the majority of fandom and encourage producers to stick with it.

The masked singer is done with season 6 bei Fox, and what a season it was. My only disappointment is that Ken Jeong didn’t win the Golden Ear despite his strong start, but hey, hopefully he’ll win again in a future season.