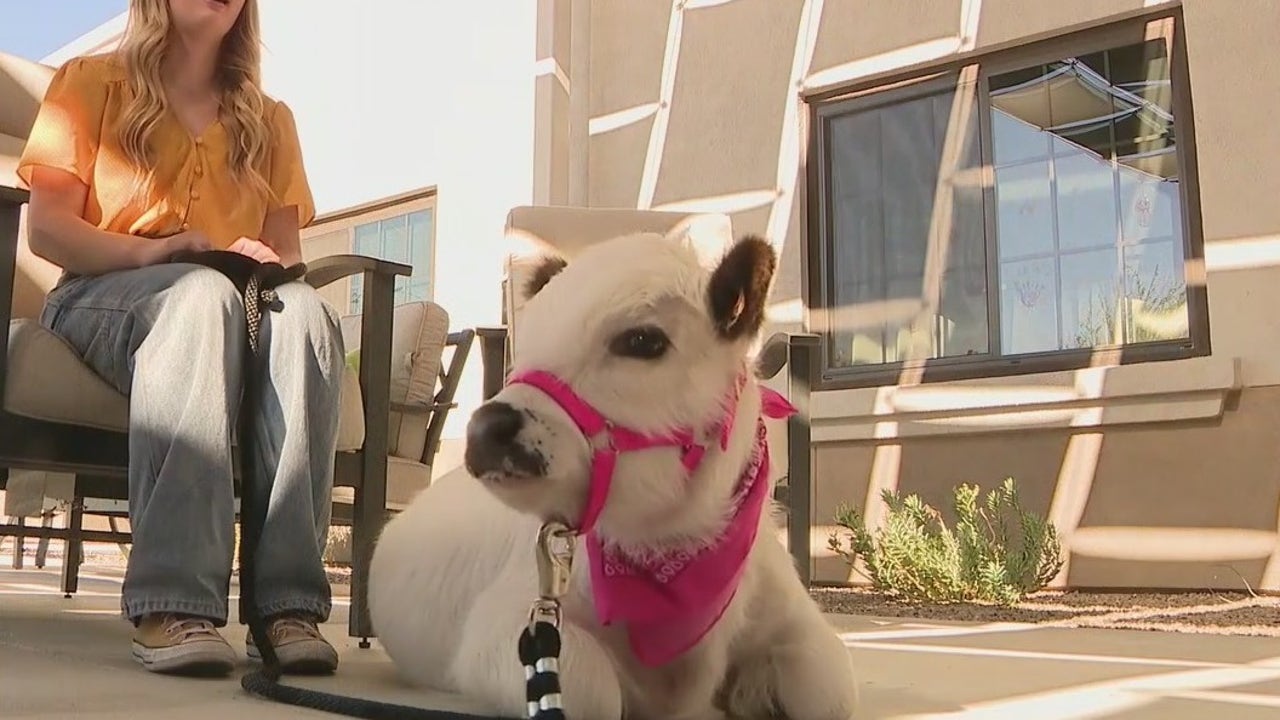 PHOENIX – Animals have been used in various therapies for decades, and a Gilbert woman is now using – for the very first time – a mini cow to aid residents in memory care facilities.

“It began [as] a passion project for me, simply because I like to give something back, ”said Karin Boyle with the Dolly Star Foundation. “Now it’s gotten so much bigger because it has helped so many people.

Most days you can find Karin Boyle behind the chair in her salon. Her love and passion for everything hair related is now shared with her new 3 month old, 85 pound bundle of joy: Miss Dolly Star.

Dolly is a Micro Mini American White Park cow and not a pet. It is the first therapy animal of its kind.

“She was meant to be,” said Boyle. “Even the breeders in South Dakota said from the start – they said, ‘She’s really cute.’ She loves the attention. “

At the beginning of the year, Karin had a close family connection with Alzheimer’s. She spent time in some memory care facilities and saw a need.

Growing up on a dairy farm in Arizona, Boyle quickly realized that many of the people she dealt with at the facilities were also involved in farming when they were young.

She thought, what better way to bring back some of these beautiful memories than to bring the court to the people?

“We had a neighbor whose wife had Alzheimer’s who grew up on a dairy farm and she had childhood memories that she hadn’t had in over six years,” Boyle said. “It literally brings tears to my eyes. If you can help that one person, it makes everything so much better. “

“I think a lot of people just like to stare at them,” Boyle said. “I’ll be honest … there’s something about her – you just watch her eat her ruminant, you know, like she’s just a cute animal. You can brush them, sometimes they stroke them. “

Daughter Ella says she loves how kind Dolly is.

“She will be playing in the garden with me, but when it is time to get to her job she is super calm and friendly,” said Ella.

The residents light up when they see Miss Dolly come through the door. She just “moo” in and makes some friends.

“It gives them a purpose, it brings them back,” said Joey French, VP of Operations at Park Senior Villas. “It’s something really fulfilling for them and something fulfilling for us because we can see the smiles on their faces.”

“Everyone is protected in their own little situation [because of COVID]’said Boyle. We hear it all the time. “