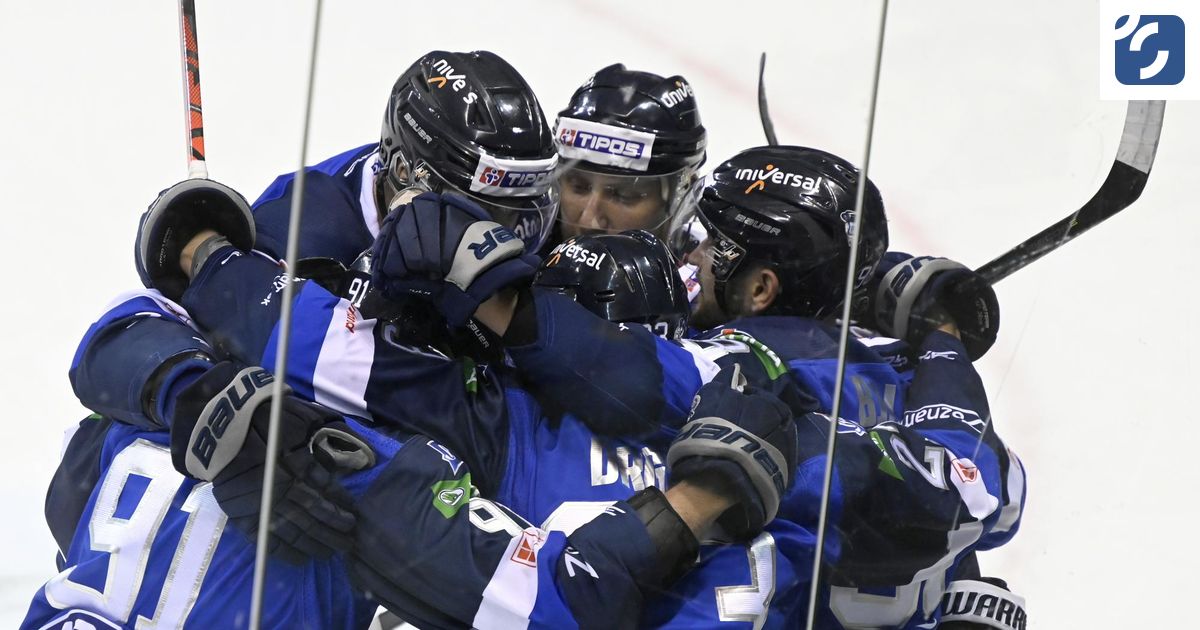 Tipos extraliga – end of the 12th round:

The Sub-Tatra derby between the local “chamois” and the Lipták family began with the Poprad cannonade. Already in the 5th minute the Popraders took the lead. After Rymshu’s pass, Arniel stood on the ice from goalkeeper Vošvrd and waited for the right moment to end between the concretes – 1-0. In one of the other offensive actions of the home team, defender Rymsha shot into the shaft of Vošvrd’s goal. Shortly after the end of the power play, the home team scored a second goal for Mlynarovič. At the end of the 13th minute, the guests had the opportunity to largely correct the unfavorable development of the session. But after Ilenčík’s mistake on the blue line, two Poprad players rolled onto the Lipták goal and the puck landed in the net despite Svitan’s backhand – 3-0. Arniel, who pushed Vošvrda out of the goal, used further confusion and force in the 17th minute in front of the goal area of ​​Liptovský Mikuláš. Kozel stood between the three poles. After Skokan hit the visiting defender Krempasky hard, the Plexiglas did not hold up, so that the remaining time of the first third came to an end shortly before the start of the second act after the return from the dressing room. Ully could have improved the score after the first third, but Kozel caught his separate escape.

At the beginning of the 22nd minute, Liptov’s team scored another unlucky goal. Arniel sank the puck behind the goal in the goal area and the disoriented Kozel pushed it unhappily into his own net. Arniel was lucky enough to complete the hat trick. The game continued at a moderate pace with many passing errors on both sides. Kalousek found one of the guests’ unique chances after a 2-on-1 run, but did not surprise Čiliak. After one of the fights on the back seat, the visiting striker Walega did not finish due to injury. Less than two minutes before the end of the middle game, Arniel was able to score the fourth goal of the game when he and Ully stormed a single goat together. The goalkeeper of Liptovský Mikuláš Všal carried out the intervention of the game.

Kozel conducted another of the major interventions early in the third quarter, again against Arniel. Čiliak, who neutralized Hovork’s independent escape after Handlovsky’s pass, also kept his teammates on the other side. Arniel’s goal explosion continued in the 48th minute when he found himself alone in front of Kozel and gave him no chance – 6-0. In just a few seconds, the guests lost by seven goals. A pass from Matej Paloček set up Mlynarovič’s goal, for whom it was the second goal of the game. The guests were ready for the towel. In the 54th minute they lost eight goals after Vandas’ accurate shot. Arniel scored his fifth goal of the game from a narrow shot on power play and Liptovský Mikuláš shared a single goal of the famous “Ten”. In an ongoing power play, the gate construction saved the guests after Drgoň’s cannonball. He did not bring the tenth goal after Livingston’s jump into the guest network. Kozel did not let go of the puck behind his back with all his might. Čiliak had his first clean record of the season.