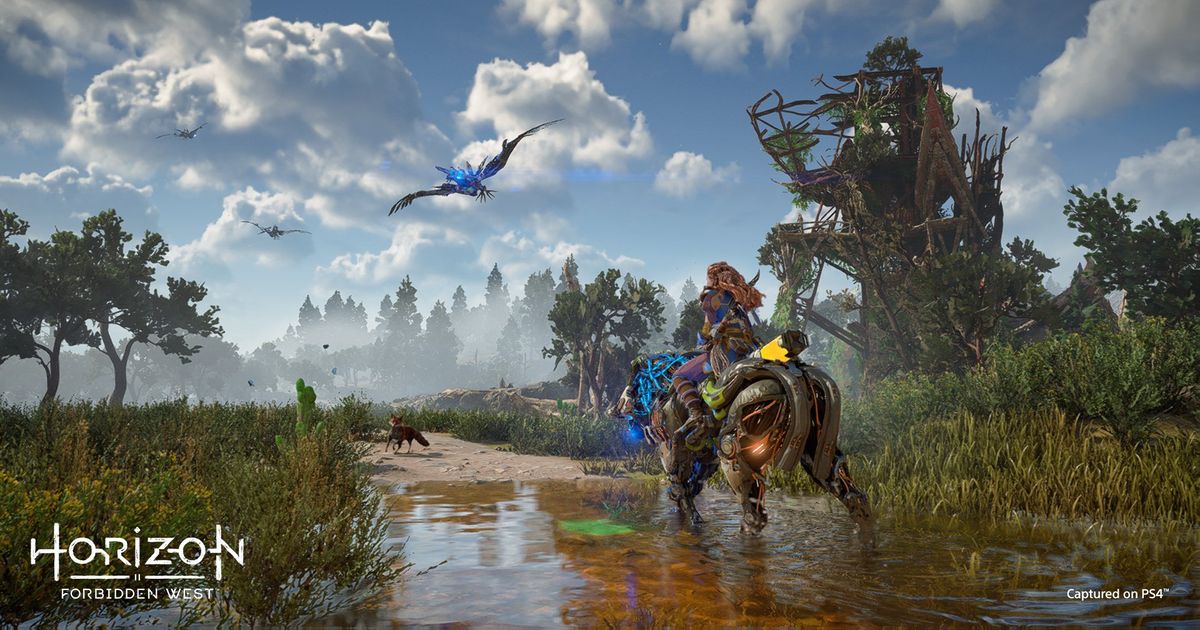 The Dutch studio Guerrilla Games has released four new pictures from the action adventure Horizon Forbidden West. We’re not just going to look at the screenshots diverse environmentthat’s nice, but special Game quality on PlayStation 4. Yes, the pictures were taken on an old generation Sony console.

“We’ve shown you a lot of footage of Horizon Forbidden West on PS5 so far, but the game looks and plays great on PlayStation 4.” it’s in the report. This follows an earlier statement that Horizon Zero Dawn fans shouldn’t have to worry about not continuing to play on the PS4. The developers are thinking of both generations of the PlayStation.

On the PS5, developers will benefit from higher performance allowing them a higher level of detail, but the content will be the same in both versions. Even this one Versions are developed and tested at the same timeto ensure players get an immersive experience.

Horizon: Forbidden West will be released on February 18, 2022 on PlayStation 5 and PlayStation 4 with Czech subtitles.