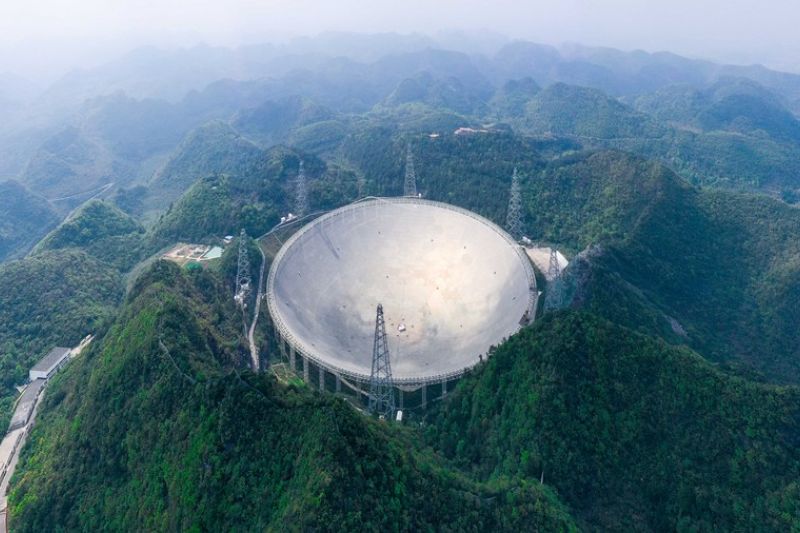 Jakarta (Antara / Xinhua) – Since October 2017, scientists have identified more than 500 new pulsars with the Spherical Radio Telescope (FAST) with an aperture of five hundred meters (FAST), also known as “China’s Eye of Heaven”.

With FAST, scientists also discovered a total of 1,652 independent bursts from a single repetitive Fast Radio Burst (FRB) source, code-named FRB121102, said Li Di, the telescope’s chief scientist and researcher at the National Astronomical Observatory of the Chinese Academy of Sciences, on Thursday .

Pulsars, or rapidly spinning neutron stars, come from the core of a large star that nearly died in a supernova explosion.

With their high density and rapid rotation, pulsars are ideal laboratories for studying the laws of physics in extreme environments.

This is the largest series of FRB events ever discovered in history, Li said, adding that the results were published in Nature in October.

Scientists believe the results could help clarify the origins of so-called “mysterious signals from space”.

Li said they had received about 200 submissions for observations from 16 countries since last March when FAST was officially opened to the world.

FAST is located in a naturally circular deep karst area in southwest China’s Guizhou Province and officially began operations in January 2020. FAST is considered to be the most sensitive radio telescope in the world.