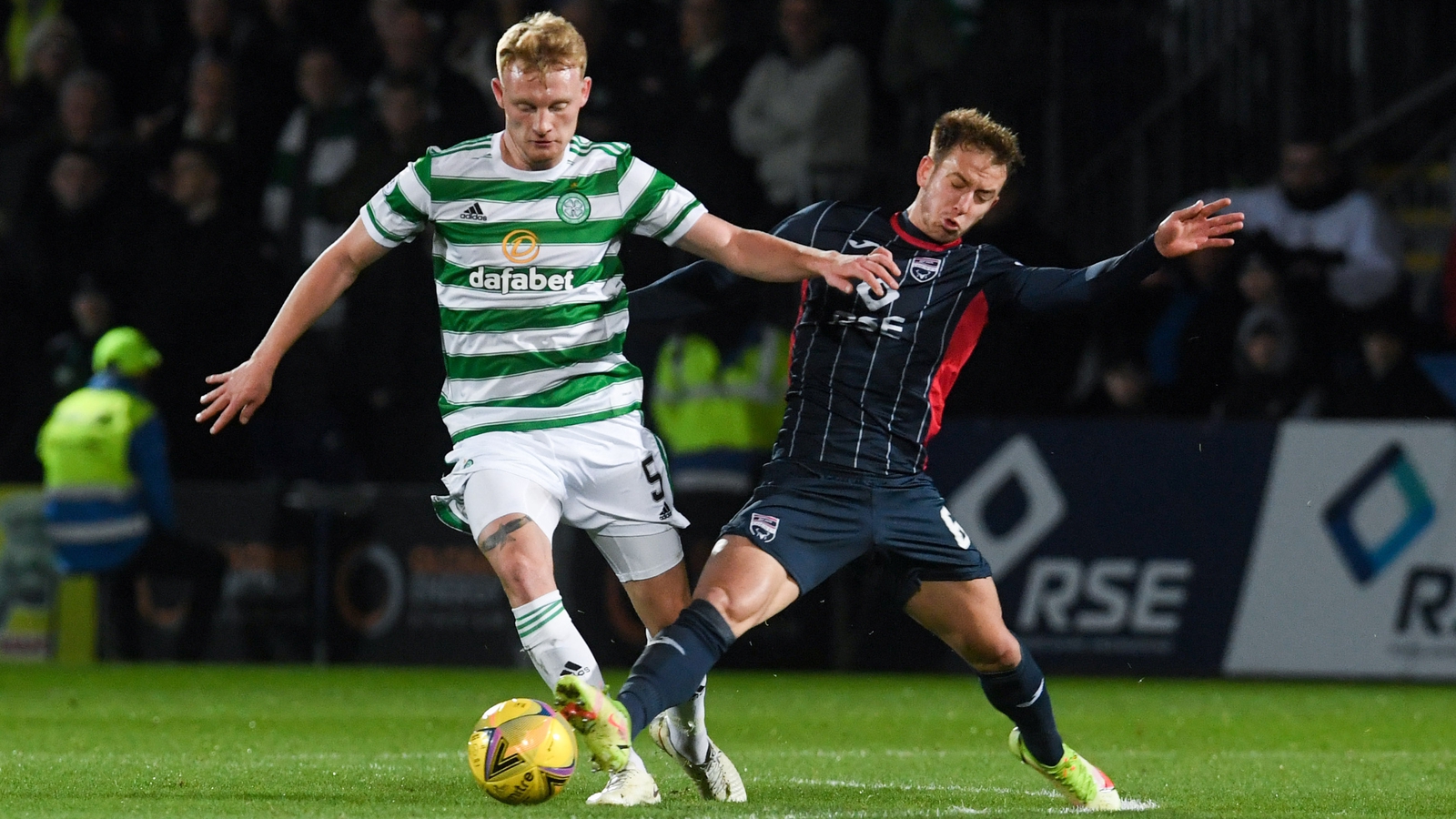 Anthony Ralston’s dramatic injury winner for the Celtic-ten against Ross County kept the exhausted hoops four points behind Rangers at the top of the Cinch Premiership.

Ange Postecoglou was missing six attackers, but provisional striker Liel Abada put the robust guests in the lead in the 21st minute with a close-range finish.

County defender Jack Baldwin leveled after a corner on 57 minutes and Hoops defender Carl Starfelt was sent off by referee Alan Muir in the 80th minute for two yellow cards.

It looked like the game would end in a draw, but in the last minute of six stoppage minutes, Ralston headed in from a few yards to make it 2-1, causing some of the traveling fans to flock to the field.

It remains to be seen how many, if any, of Celtic’s injured players will be available for the Premier Sports Cup final against Hibernian at Hampden Park on Sunday, but Postecoglou can draw confidence from what he gets from the rest of his squad. while he’s runner-up – Bottom County will be unlucky not to keep the point.

Celtic’s well-documented injury concerns resulted in a patched team sent in by Postecoglou.

Strikers Kyogo Furuhashi, Albian Ajeti, Giorgos Giakoumakis and Jota missed out on their 1-0 weekend win over Motherwell, which also saw winger James Forrest injured. His replacement Mikey Johnston was also substituted and none was in the Dingwall squad.

Postecoglou’s squad was defender heavy and included Liam Scales – who made his first Premiership start – and Adam Montgomery, and it was Abada who led the line.

Jake Vokins, Jordan Tillson and Blair Spittal joined the home team and the former, a midfielder, led the attack.

Celtic was the first to threaten in the 12th minute when midfielder Nir Bitton’s header from a David Turnbull corner was saved by goalkeeper Ash Maynard-Brewer.

The number one of the Staggies had little chance, however, when the Celtic skipper Callum McGregor played Scales on the left and turned his flank from the unmarked Abada with some certainty from seven meters.

Fast moving Celtic was in control and a McGregor push from outside the box minutes later was comfortably held by Maynard-Brewer.

Then Josip Juranovic sent Abada across the right flank in wide midfield and the Staggies keeper dashed out of his penalty area and was lapped by the 20-year-old Israeli international who steered the ball towards the goal. Keith Watson was back in time to clear up, however.

Turnbull came close with a choppy shot from the edge of the box early in the second half before Bitton fired a shot over the crossbar as Celtic held the Highland side back.

Forward Jordan White replaced midfielder Ross Callachan as the home side looked for another way back into the game – and it paid off almost immediately.

Celtic conceded a corner when Ralston blocked a shot from substitute Dominic Samuel and when Spittal delivered from the left, Baldwin came in front of Scales and threw the ball past Joe Hart.

Postecoglou responded. Owen Moffat, 19, replaced Adam Montgomery to make his debut and Australia international Tom Rogic has been appointed by the bench to replace Bitton.

Celtic regained its dominance despite Starfelt, previously booked for dissent, for a foul on Regan Charles-Cook. received the second yellow card

In a frenetic finish, Maynard-Brewer parried a Juranovic free kick and Cameron Carter-Vickers headed and in between Hart saved a shot from substitute Jack Burroughs on the second attempt.

There was still much drama left, however, when Ralston jumped to the head of the back post in Rogic’s flank, sparking a mini-pitch invasion of delighted and relieved Hoops fans.