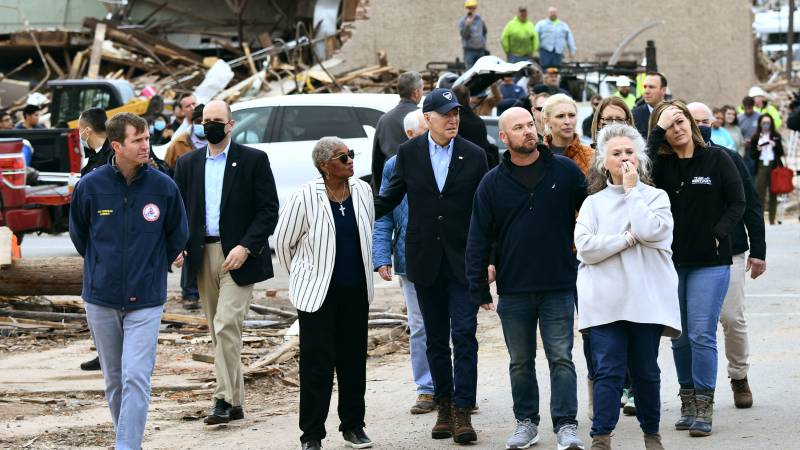 US President Biden has visited the tornado-hit state of Kentucky. In the town of Mayfield, where many buildings were completely destroyed by the natural disaster, he told local officials he had never seen so much damage from a tornado.

At least 88 people were killed on Friday and Saturday when more than 30 tornadoes swept through seven states. There were 74 deaths in Kentucky. Authorities expect the death toll to rise.

According to CNN, the president emphasized the willingness of the national government to help and praised the mentality of the population. “People came out of nowhere to help as a community, and that’s the way it is supposed to be.”

“There are no red tornadoes or blue tornadoes,” he stated, referring to the party colors of the Democrats and Republicans. Mayfield and its immediate vicinity vote mostly Republican; Small groups of people demonstrated in the city against the arrival of the Democratic President.

This is what the damage looked like last weekend: