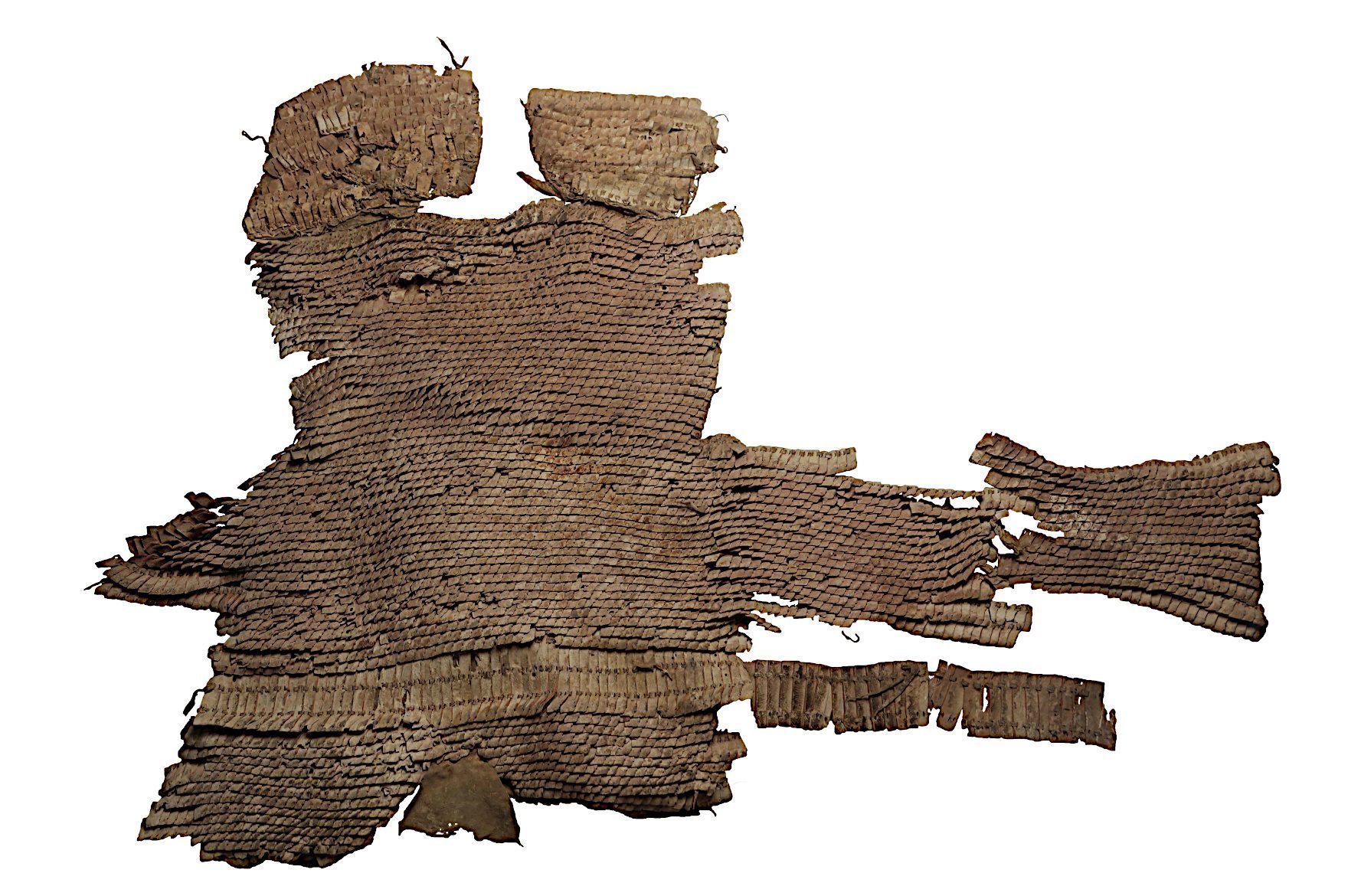 Astonishingly far traveled: Scientists report on an exotic leather scale armor from a grave around 2,700 years old in northwest China. The style and construction of the equestrian armor, which apparently came from series production, suggest that it was made in the Neo-Assyrian Empire. The exact background to this example of the remote spread of ancient military technology remains a mystery, the researchers say.

As glamorous as the civilizations of history may appear, they often had a decidedly dark side, as is well known: They were characterized by a willingness to use violence and the development of the great empires of antiquity was based on military successes. The superiority was often shaped by innovations in military technology. One element was the armor, which could offer protection from swords, arrows and the like. The scale armor was a special form. Their advantage compared to other types of armor was that they were protective and practical at the same time: like a hard second skin, they lay over the sensitive areas of a fighter without significantly impairing freedom of movement. During production, rows of plates were sewn onto a base to create a kind of fish scale structure. Different methods and materials were used for this in the different cultures.

A leather version in the visor

In this context, archaeologists succeeded in finding an almost completely preserved tank made of leather scales in 2013. He was in a grave of a man about 30 years old near today’s city of Turfan in northwest China. Due to the extreme drought in the region, the ephemeral material was able to survive the millennia surprisingly well. An international team of researchers led by Patrick Wertmann from the Asia-Orient Institute at the University of Zurich has now devoted a more detailed study to this interesting find.

Using radiocarbon dating, the researchers were able to determine the age of the armor in the period from 786 to 543 BC. Classify. The investigations and reconstructions showed that the armor originally consisted of 5,444 small and 140 large cowhide scales. Together with leather cords and the inner lining, the total weight was estimated at four to five kilograms. According to the reconstructions, the shape of the armor resembled a vest that protected the wearer’s upper body in the area of ​​the chest, groin and lower back. It was also a very practical armor, say the scientists: The tank could be put on quickly and independently and could apparently be adapted to different body sizes.

As the researchers report, their research results and comparisons with other finds and representations from the time show that the armament probably did not originally come from China. Because there are no corresponding finds or representations from the time known from there. The style and construction, however, suggest that the tank was made between the 6th and 8th centuries BC in the Neo-Assyrian Empire, which at that time comprised parts of what is now Iraq, Iran, Syria, Turkey and Egypt. “The armament was a professionally manufactured mass product,” says Wertmann. As the scientists explain, this type of standardized armor was developed for the mounted soldiers of the Neo-Assyrian Empire. Representations make it clear that leather scale armor was part of the typical equipment of the ancient military power.

As the researchers further report, only one other archaeological example of a similar scale armor from the era is known: armor in the Metropolitan Museum of Art in New York shows stylistic and functional similarities. Wertmann and his colleagues suspect that both armaments came from different military units of the Neo-Assyrian army: that from the Chinese site was possibly used by the cavalry, that from the Metropolitan Museum by the infantry.

Scientists can only speculate about the history of the apparently well-traveled armament from the man’s grave in northwest China. It is possible that he was a soldier who was in the service of the Assyrian army in distant foreign countries and who later brought his armor home with him. But it could also have been a piece of booty that somehow finally got to the place where it was found.

In the Chinese region, similar scale armor did not become a typical element of soldiers’ equipment until centuries later. It stands to reason that this development was inspired by the models from the Middle East, say the scientists. “The find is evidence of the military technology transfer across the Eurasian continent in the early first millennium BC,” said Wertmann.