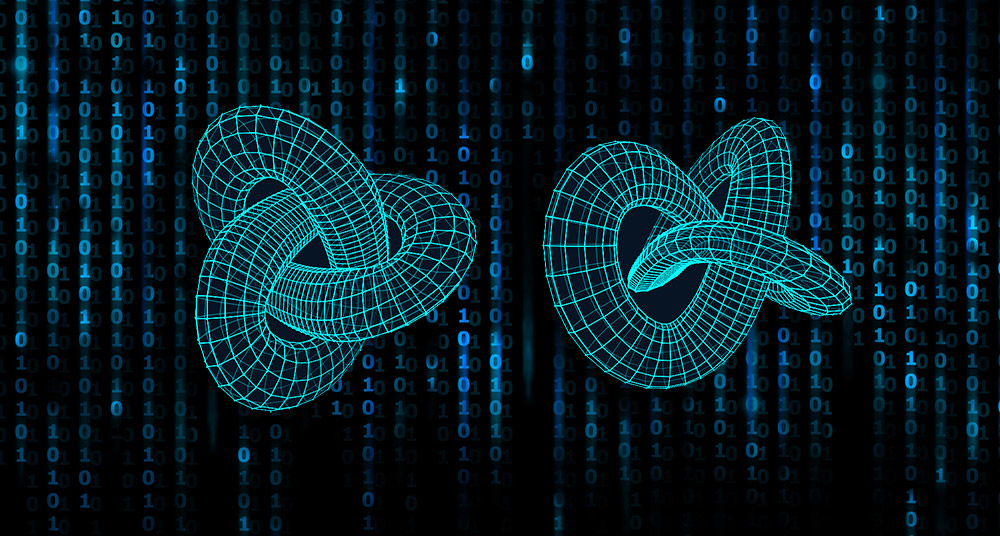 Computers are commonplace in mathematics, but the creation of new mathematical conjectures or theorems was reserved for humans – this fine art of intuitive mathematics was not considered machine-learnable. Now an AI system teaches us better: It was only with his help that mathematicians discovered a new theorem in knot theory and a new conjecture in algebra, as researchers report in the journal “Nature”.

Whether Kepler’s conjecture about the packing of spheres, the riddle of the twins of prime numbers or the question of different infinities: In mathematics, it is often about recognizing general patterns and laws and proving them mathematically. As long as these relationships and laws have not yet been proven, mathematicians speak of conjectures; if they are proven, they are considered a theorem.

The role of intuition

While computers have long been helpful in calculating or analyzing large amounts of numbers, the establishment of new assumptions and theorems is considered the domain of human intuition. The recognition of previously unrecognized patterns and relationships cannot be programmed and often happens spontaneously. The best-known example of such intuitive flashes of inspiration was the Indian one
Srinivasa Ramanujan, who made countless groundbreaking conjectures in number theory – seemingly out of nowhere.

“A mathematician’s intuition plays an extremely important role in mathematical discoveries,” explain Alex Davies from the Google DeepMind research center in London and his colleagues. But what if there were an AI system that works for this mathematical intuition and, as it were, provides the “feed”? The team of AI researchers and mathematicians has now shown how this can work.

Knot theory as a test field

For the study, two teams of mathematicians used an AI system developed by DeepMind to test mathematical hypotheses in two subject areas. The aim was to develop a new conjecture or theorem. “Learning machines can uncover interesting and provable conjectures in areas where there is too much data or too large objects to be explored using classical methods,” explains mathematician Andras Juhasz from the University of Sydney.

Specifically, he uses the adaptive AI to clarify a question from the field of knot theory: “Our hypothesis was that there is an as yet undiscovered relationship between the hyperbolic and algebraic invariants of a knot,” explains Juhasz. In this case, invariants are the mathematical properties that describe a node and distinguish it from others. The team trained the AI ​​system to check a set of geometric invariants to see where there might be possible cross-connections.

Indeed, the DeepMind algorithm struck gold: It identified three invariants that indicated a connection between the algebraic signature of the node and the geometric description of its slopes. On the basis of this discovery, the mathematician was able to derive a new conjecture from it and even prove it directly.

The teamwork between AI and humans resulted in a new mathematical theorem. “This theorem is one of the first to combine the algebraic and geometric invariants of Knote. This has many interesting applications, ”explain the scientists. Knot theory plays a role in many disciplines, including fluid dynamics, the behavior of DNA strands, and the interplay of forces in the sun’s corona.

“It is surprising that such a simple yet profound link has been overlooked – and that in an area that has been intensively researched,” write Juhasz and his team.

DeepMind-KI has also proven itself as a mathematician in a second area of ​​mathematics, representation theory. This area of ​​linear algebra is about a certain way of depicting and describing elements and groups using symmetries in higher-dimensional space. “In order to make or prove conjectures in my area of ​​expertise, it is sometimes necessary to have infinite spaces and extremely complex sets of equations across multiple dimensions,” explains Geordie Williamson of the University of Sydney.

With the help of the AI ​​system, Williamson and his colleagues succeeded in completing a conjecture about the so-called Kazhdan-Lusztig polynomials that had been unfinished for 40 years. “This is the first time that AI has proven its usefulness for a purely theoretical mathematician like me,” says Williams. “While intuition can get us far, AI can help us find connections that are not always easy for the human mind to see.”

Useful in other areas too

According to the research team, initial examples show that machine learning can provide valuable help even in highly complex and abstract subject areas such as theoretical mathematics. “In our opinion, AI systems are now sufficiently developed to accelerate scientific progress in many fields,” says DeepMind researcher Davies. “Pure mathematics is just one example of this.” (Nature, 2021; doi: 10.1038/s41586-021-04086-x)