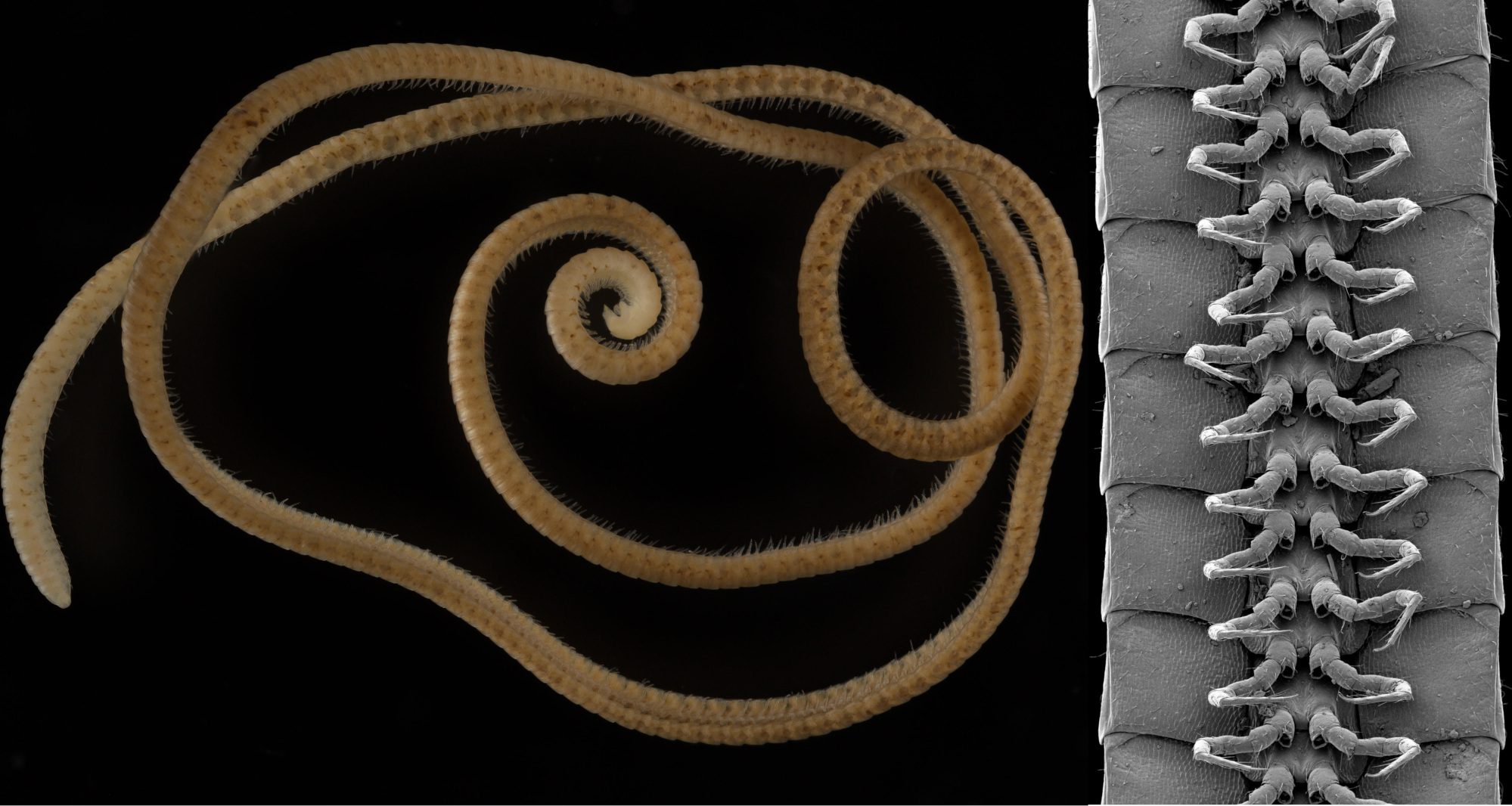 So far, the record was 750 feet – but now, for the first time, a millipede has actually lived up to its name: Researchers have discovered a new representative that even has 1306 feet. The record crawler, which is up to ten centimeters long, has remained unknown because it lives deep underground in Australia: It was discovered in boreholes up to 60 meters deep. The biologists explain that his many feet apparently enable him to march neatly through the tiny cracks in the rock.

Thousands of representatives of the so-called Myriapoda bustle through different habitats all over the world. They all have a surprising number of feet – but most of them are on well below 1000. This even applied to the previous record holder: the Californian millipede Illacme plenipes has up to 750 legs. But as the researchers led by Paul Marek from Virginia Tech in Blacksburg are now reporting, the new front runner has actually exceeded the eponymous number for the first time.

Find in the deep underground

They discovered the new species in boreholes that came from a geological survey in a mining area in western Australia. The scientists lowered special small traps to study living things underground. They collected a total of eight specimens of the new millipede – five came from a depth of around 60 meters. Then they recorded the anatomical features of these unusual crawlers by means of microscopic analyzes and also carried out genetic studies in order to be able to classify them in the relationship system of the Myriapoda.

When counting, the biologists set the new record: the millipede from the depths of Australia has 1306 feet – almost twice as many as Illacme plenipes. The new species were given the scientific name Eumillipes persephone. It is derived from the Greek word eu- (true), the Latin words mille (thousand) and pes (foot) and also refers to the Greek goddess of the underworld – Persephone. The largest specimen was 95.7 millimeters long and only 0.95 millimeters wide. The thread-like body is divided into up to 330 segments, which allow enormous flexibility. As the microscopic examinations showed, Eumillipes persephone is eyeless, has a conical structure on the head and quite long antennae.

Skilfully on the move on 1306 feet

Outwardly, it is very similar to the previous record holder Illacme plenipes, the researchers report. But as their genetic studies show, it is only distantly related to the Californian millipede. Instead, it belongs to a group of Myriapoda, whose representatives also occur on the surface of the earth in Australia. Eumillipes persephone, however, differs clearly from them in its adaptation to life in the depths. The external similarity to Illacme plenipes is a case of parallel evolution, the researchers explain. Because even the Californian with the unusually large number of feet lives underground – but only up to a depth of 11.5 meters.

The authors suspect that the many segments and feet that have developed in both species are used for locomotion in their finely structured habitat. Because these adjustments enable extreme flexibility and thrust along the entire length to move through the tiny openings and cracks in the ground. The record characteristics of E. persephone are probably due to the locomotion in its particularly deep soil microhabitat, write the scientists. However, the researchers cannot say exactly what the millipede eats at a depth of up to 60 meters. Possibly it feeds on fungal lattices.

It also remains unclear how widespread the species could be and whether other representatives of the Myriapoda are scurrying through the underground on over a thousand feet somewhere in the world. Ultimately, the find makes it clear that there are still many unknown creatures to be discovered in the depths of the earth.