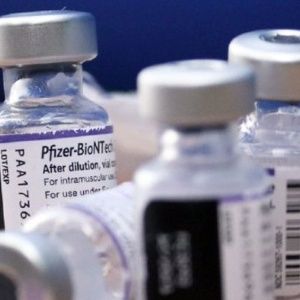 The World Health Organization (WHO) warned this Sunday that the Omicron variant of the virus that causes Covid-19 is spreading faster than the Delta, although it creates milder symptoms, it also weighs on the effects of vaccines.

The WHO came to such conclusions with data classified as provisional, after the discovery of the Omicron in 63 countries on December 9th in a technical update that confirms the statements of its officials over the past few days.

This faster development of the Omicron variant occurs not only in South Africa, where Delta is less common, but also in Great Britain, where this form is predominant.

The lack of further information currently makes it impossible to say whether Ómicron’s rate of transmission is due to it bypassing immunity because its properties make it more contagious, or a combination of both factors.

However, the WHO predicted that “Ómicron outperforms Delta in places where there is community transmission”.

From South Africa, they report that data shows the new wave is causing fewer serious illnesses and deaths than previous waves, although health officials say it’s too early to be sure and serious results will continue to escalate.

With regard to vaccines, new work from the South African Institute for Health Research in Africa strongly suggests that the Omicron variant escapes the antibody immunity induced by the Pfizer vaccine, but that it does retain considerable immunity in individuals who have been vaccinated and previously infected remains.

Countries that have the funds are encouraging the population to get a booster dose, this is the case in Europe where there is a new wave of infections caused by the Delta outbreak, the lack of preventive measures and the low vaccination rates in some countries will .