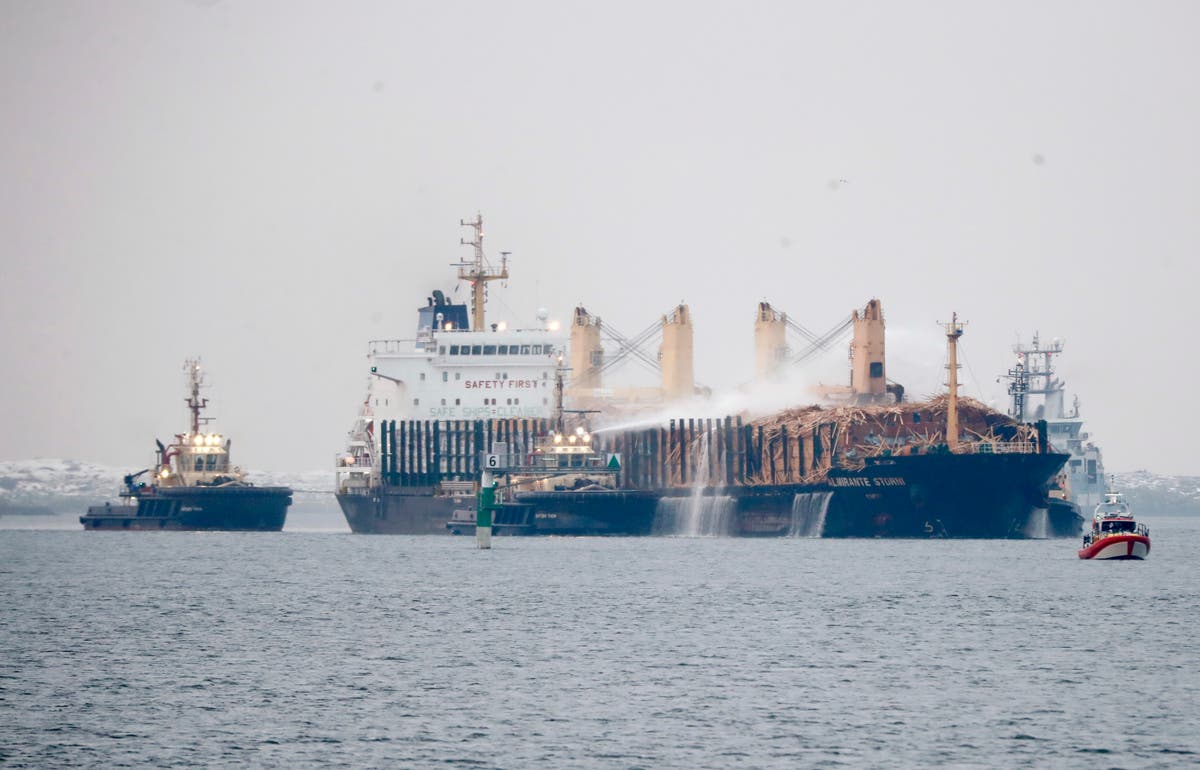 Two people are missing after two cargo ships collided in the freezing Baltic Sea off Sweden’s south coast due to night fog.

The 55-meter-long barge Karin Hoj and the 90-meter-long British Scot Carrier were sailing in the same direction when they met at 3.30 a.m. (0230 GMT) in the dark in Swedish territorial waters, maritime authorities in Denmark and Sweden said.

A search and rescue operation with at least nine boats and a helicopter near the site off the Danish island of Bornholm was canceled in the late morning when the overturned Karin Hog ​​was towed in wreck water.

The water temperature in the area is around 4-6 degrees Celsius.

The Danish Meteorological Institute said the fog was not thick and that such conditions were “not uncommon” at this time of year. The Swedish Coast Guard said an investigation is looking into possible “gross negligence” behind the disaster.

“The lifeboats heard screams in the water,” said Franzen to the SVT broadcaster. “The priority is to save lives, ”he added.

The water temperature in the area is around 4-6 degrees Celsius.

“I can confirm that an accident happened, but I don’t know the circumstances,” Soren Hoj, managing director of Rederiet Hoj, who owns Karin Hoj, told Reuters.

The ship went from Sodertalje in Sweden to Nykøbing Falster in southern Denmark.

The Scot Carrier was operational and its crew safe.

The Danish authorities said the captain had undergone an alcohol test as a standard procedure which would be given to the Swedish police. According to Refinitiv Eikon, the Scot Carrier sailed from Hargshamn north of Stockholm to Montrose on the Scottish east coast.

The owner Scotline said he couldn’t comment on the details but was helping local authorities.

The Swedish Maritime Administration (SMA) said the Danish ship was empty and it was unclear what, if anything, the British ship was carrying.

The SMA announced around 1000 GMT that it had completed its search for the two missing crew members at the site of the collision and that further efforts would be made to locate them once the capsized ship was towed closer to shore.

There is a lot of maritime traffic in the waters between Sweden and Denmark. Collisions are rare, although in 2006 a small Danish ship sank after a collision with a Swedish ship, with the entire crew rescued alive after falling overboard.