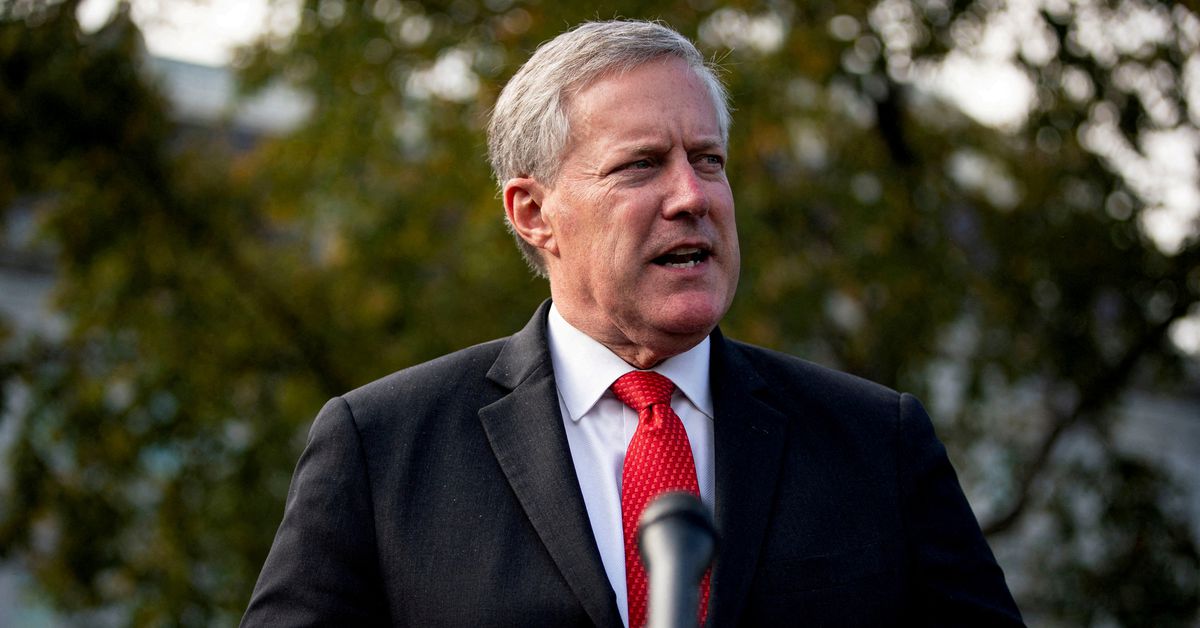 WASHINGTON, Dec. 12 (Reuters) – Mark Meadows, who served as chief of staff to former Republican President Donald Trump, said in an email prior to the Jan. 6 Capitol riot that the US National Guard was “pro-Trump people The congressional committee announced in a report published on Sunday.

The US House of Representatives Committee of Inquiry into the fatal riots recommends in the report that Meadows be prosecuted for refusing to cooperate fully in his investigation. The committee is due to vote on Monday.

Meadow’s January 5 email of the National Guard stating troops would be in attendance and more on standby was one of the subjects the committee hoped to question him on, the report said.

Meadows has repeatedly been asked to testify before the Democrat-led special committee and declined despite subpoena. While disclosing some information requested by the panel, he has withheld many documents, arguing that they are protected because his testimony may fall under executive privilege for working for the president.

“To be clear, Mr. Meadows’ failure to comply and this recommendation of contempt are not based on a good faith disagreement about the assertion of privilege,” the committee said.

“On the contrary, Mr. Meadows did not obey and justify statements of contempt because he completely refused to testify.”

Meadows has filed a lawsuit against House Speaker Nancy Pelosi and the Special Committee alleging violating the legal protections of a senior presidential adviser and using excessive subpoenas to obtain his cell phone data.

Trump reiterated his unsubstantiated claim at a January 6 rally that his loss to Democratic President Joe Biden in the November 2020 election was the result of fraud and urged his supporters to march on the Capitol.