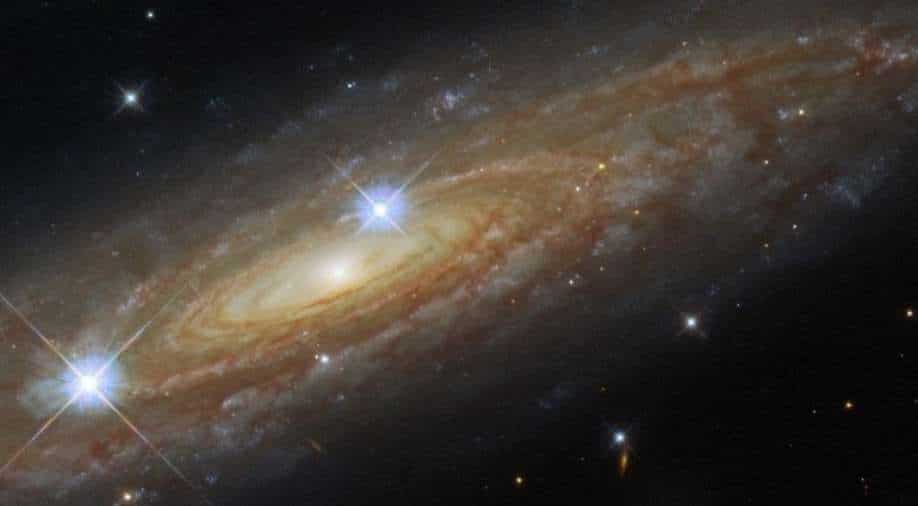 A new image from the Hubble Space Telescope shows a sparkling side of a spiral galaxy.

The telescope was able to take a picture of UGC 11537, a galaxy 230 million light years away in the constellation Aquila.

This galaxy is about 10 times farther away than the Andromeda Galaxy (M31), which is barely visible to the naked eye in the sky on Earth.

In late November, the European Space Agency (ESA) announced that UGC 11537 is located near the plane of the Milky Way, where most of the stars in the galaxy are located.

In describing the image, ESA added: “The peaks surrounding these stars are imaging artifacts called diffraction peaks. They are the result of the interaction of starlight with the structure that supports Hubble’s secondary mirror. ”

The picture of the spiral galaxy was noticed during a search for supermassive black holes embedded in these star structures.

The image was created based on data from Hubble’s Wide Field Camera 3.

Previously, the Hubble Space Telescope was made fully functional again. The National Aeronautics and Space Administration (NASA) was able to take care of the breakdowns and the instruments of the aging space telescope were online again.

In October of this year, Hubble had developed a bug in the synchronization of its internal communications. Because of this, all four of his scientific instruments went offline.

(With contributions from agencies)