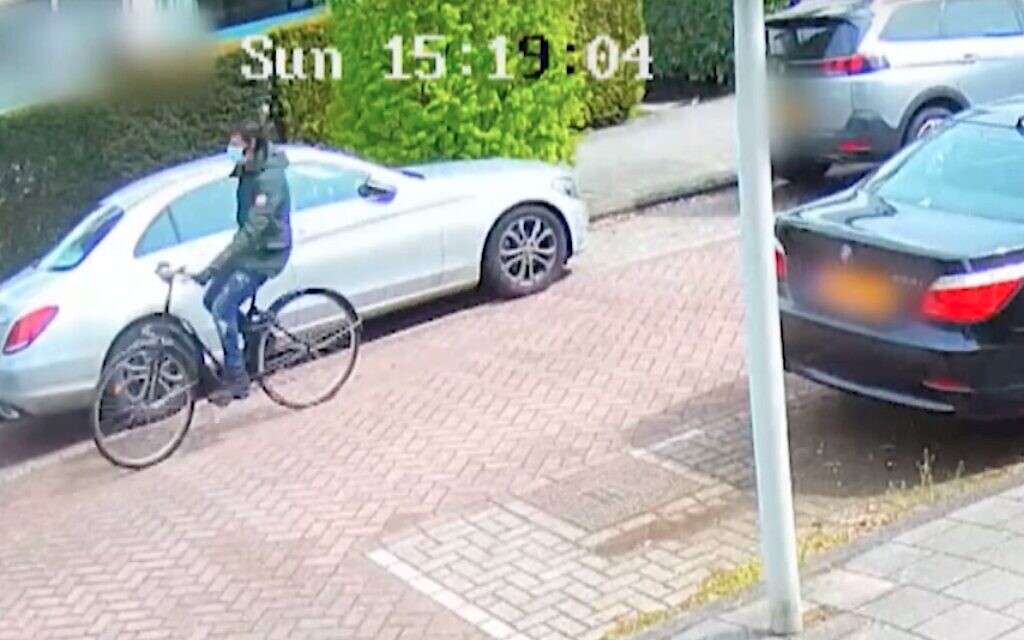 Burglars broke into the Amsterdam home of Israeli soccer star Eran Zahavi on Sunday evening, ransacked the premises and ran away with some objects.

It was the second break-in this year for Zahavi, who plays for the Israeli national team and the Dutch football club PSV Eindhoven.

Zahavi, his wife Shay and their three young children were out and about in Dubai at the time, where the player was recovering from an injury sustained on the national team.

Members of the Zahavi family said he was considering leaving the Netherlands and PSV Eindhoven, Hebrew media reported on Monday.

Zahavi’s mother, Etti, told Radio103 FM that the burglars took “a few things” with them.

By registering, you agree to the terms and conditions

“But that’s nonsense, it doesn’t matter. The most important thing is that they are fine. “

Police said they were looking for two suspects who left the building with roll-up bags.

Investigators also released video footage showing the suspects pounding away from the crime scene, despite one wearing a face mask and the other wearing a hoodie that covered his head.

In May, Zahavi’s family were robbed at their home at gunpoint by masked burglars while the player was at an away game.

The two robbers reportedly pretended to be delivery personnel to break into the house. After the family opened the door for them, they threatened Zahavi’s wife and children with a gun and robbed the house. No one was physically injured, although the family was reportedly handcuffed.

The perpetrators of the previous break-in were not arrested, although police made them public.

You are serious We appreciate that!

We are very happy that you read x Times of Israel article last month.

That is why we come to work every day – to give discerning readers like you indispensable coverage of Israel and the Jewish world.

So now we have a request. Unlike other news agencies, we haven’t set up a paywall. However, because the journalism we conduct is costly, we invite readers to whom The Times of Israel has become important to support our work through membership The Times of Israel Community.

Already a member? Log in to no longer see this