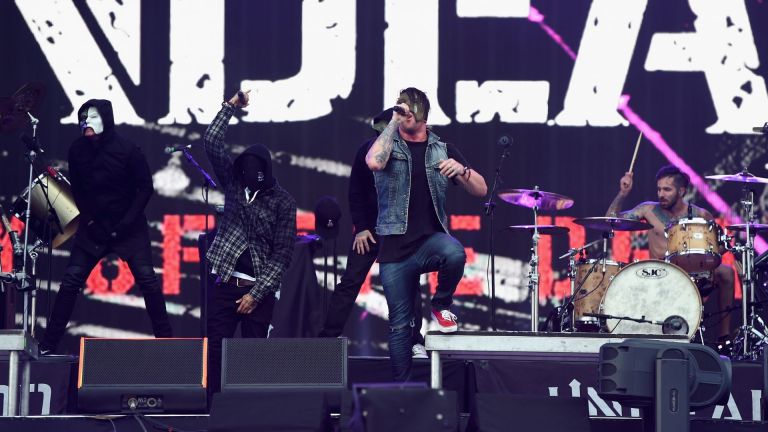 Six more new bands will join the Sofia edition of “Hills of Rock” in 2022, said the organizers of the Fest team.

The already confirmed “Five Finger Death Punch”, “Placebo”, “Ill Nino” and “Dubioza Kolektiv” at the festival – on July 2nd and 3rd in the park at Sofia Airport, will be joined by “Sisters of Mercy”, ” Hollywood Undead ”,“ Bazzookas ”,“ Koza Mostra ”,“ Kultur Shock ”and“ Odd Crew ”.

“Sisters of Mercy” is coming to Bulgaria for the second time. The only constant in the career of the British band is the singer with a deep and melancholy timbre – Andrew Eldrich.

Hollywood Undead has already visited us twice. Since their platinum-awarded debut album “Swan Songs” (2008), the band has mixed rap, rock and electronics and has crossed stylistic boundaries in the process. According to statistics from Spotify and YouTube, Hollywood Undead has over two billion streams on the internet.

“Odd Crew” is currently the only Bulgarian band that will take part in the event. After a break of almost two years, the musicians have finished their sixth album, have signed with a new label – the German “Drakkar Entertainment” and released a new single and a video – “Morning Lights”.

“Kulturschock” celebrates its 25th anniversary in 2022. Re-releases of albums on vinyl, an American and European tour and another lady in the gypsy punk band – these are some of the news the band is announcing at the moment.

Part of the festival will be “Koza Mostra” – one of the most influential Greek ethno-ska-hard rock bands of the last decade. Especially after taking part in the Eurovision Song Contest (2013) with Alcohol Is Free, they don’t need to introduce themselves to darlings of the audience in Bulgaria – with more than 4,000,000 views on YouTube. In the last two years of the pandemic, the musicians have been working on a new album and composing songs that combine heavy metal with Greece’s most famous traditional stringed instrument, the bouzouki.

The debut of “Bazzookas” is said to be like the discovery of dynamite – loud, energetic and explosive, reports BTA. The group of eight people is an event with their appearance at every world festival. The band is also preparing a new double album next year.