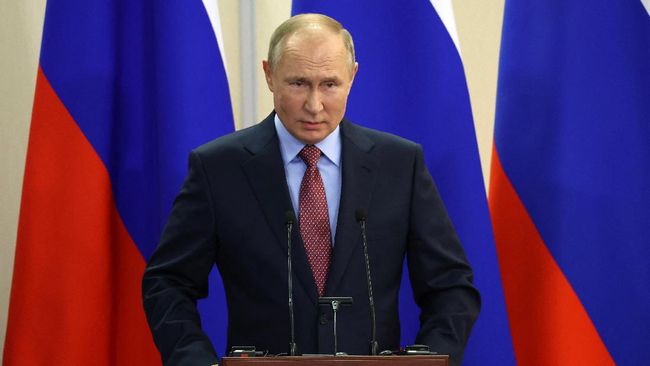 Putin said while other great powers struggled to develop hypersonic weapons, Russia had developed technology to counter them.

“But we, who are more advanced, are definitely in the lead in developing these weapons,” Putin said.

Putin also claims that Russia is the number one country in terms of developing weapons and the main defense system tools (defense equipment).

Putin said that in the future, more countries would have similar hypersonic weapons technology.

He predicts that the missile technology will be completed and put into service by the Russian Navy in 2022.

However, some Western military experts doubt how mature this new generation of Russian weapons is.

Moscow claims the Zicron has the combination of speed, maneuverability and altitude of a hypersonic missile, making it harder to track and disable.

Sicron has five times the speed of sound in the upper atmosphere, or about 6,200 kilometers per hour.

While it is slower than an ICBM, the hypersonic glide vehicle shape allows the Zicron to maneuver toward or away from the defense on a target.

So far, Russia’s military budget is lower than that of the US. Russia spent $ 62 billion on military spending in 2020, while the US spent $ 778 billion on the same sector, according to the World Bank.

The US, China and Russia continue to compete for the development of new weapons, particularly lethal hypersonic technology.