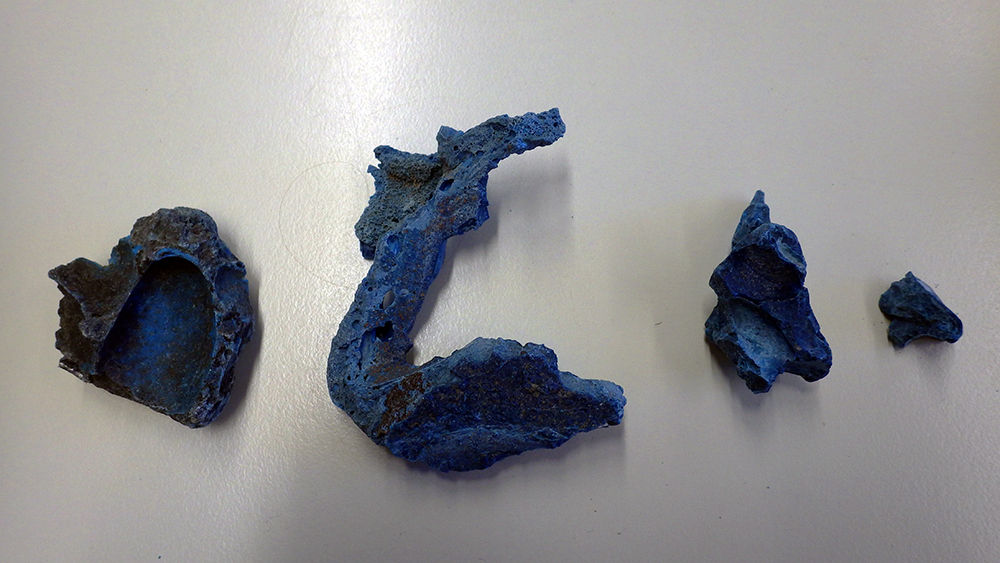 Deformed and transformed: plastic waste not only floats in the sea in the form of recognizable objects, it can also take on unusual shapes. The plastic is fused and partially glued with stones so that it is hardly recognizable as plastic. Scientists have now also discovered such pyroplastics and plastiglomerates in Madeira. However, they suspect that they also occur in German waters.

You can find it almost everywhere that scientists look for plastic waste. This includes the lowest and highest points on earth, uninhabited beaches and places that are as far from civilization as can be. For the time being, mankind does not seem to be winning the fight against plastic waste. In the ongoing research into how big the human garbage problem is, scientists not only find new places again and again, but also new forms of plastic waste.

Melted and stuck together

Sonja Ehlers from the German Federal Institute for Hydrology and the marine ecologist Julius Ellrich have now dealt with one of the more unusual forms of plastic waste: so-called pyroplastics. These are mostly plastic residues that have melted into lumps and are caused by intentional or unintentional burning, for example at a campfire on the beach. If the plastics are also fused with pebbles or other natural substances, scientists speak of plastiglomerates.

Originally, these new forms of plastic litter were discovered on sandy beaches in Hawaii and the UK. Ehlers and Ellrich now wanted to find out more about how this molten plastic is created, how pyroplastic and plastiglomerates are connected and whether it can also be detected on pebble beaches. To do this, they scoured an area of ​​450 square meters on the São Lourenço pebble beach at the eastern end of Madeira.

In fact, the scientists were able to find four pieces of pyroplastic and one plastiglomerate in their search area on the Portuguese island. The plastic pieces are each several inches tall and mostly blue. Three of the pyroplastic pieces are made of polyethylene, one of the most widely used plastics. “The very large, 99 percent similarity of the Fourier spectrum of these three blue pyroplastics shows that they probably come from the same plastic source,” said the researchers.

According to the researchers’ analysis, the fourth pyroplastic and the plastiglomerate consist of a mix of polyethylene and polypropylene. The structures are so different, however, that the scientists assume that the two parts have separate origins.

“Although we could not find any indications of a local origin, such as ash or remains of a campfire, we assume that the plastiglomerate found formed on São Lourenço Beach,” said the researchers. “The other pyroplastics could have formed somewhere else.” The scientists base this thesis on the fact that the pebbles contained in the plastiglomerate are very similar to the Madeiran pebbles.

In addition, the plastiglomerates cannot swim because of the stones they contain, which is why it is unlikely that they were transported across the sea and from further afield. The pyroplastic, on the other hand, floats on the surface of the water, as shown by a swimming test. Therefore an origin from further on is quite conceivable with him.

In addition, the scientists suspect that some pyroplastics were originally plastiglomerates. Evidence for this is provided by pebble-shaped bulges in the pyroplastic structures. The pebbles that had previously melted into it were probably dissolved out by the weather, as the team explains.

Plastic crusts from abrasion on rocks

Another unusual form of plastic waste are so-called plastic crusts. These are patches of melted plastic that has lodged on larger rocks. In an earlier study, Ehlers and Ellrich also discovered and investigated this form of pollution in Madeira and on the Italian island of Giglio.

According to the scientists’ findings, such plastic crusts arise from the interaction of the sea and the sun. Remnants of ropes rub against coastal rocks due to the swell. Since these are properly heated by the sun, the plastic melts out of the ropes and settles on the rocks. Due to the weather, however, the crusts are removed as microplastics over time and washed into the sea. They can also get into the food chain through snails and crabs.

“Plastic crust-like traces have already been found in the freshwater area in a dry river bed in Spain,” explains Ehlers. The biologist therefore believes it is possible that these also occur in German waters: “I assume that pyroplastics are also formed in this country, for example, from a campfire and then get into the rivers.”

According to the scientists, another problem is that, for example, pyroplastics can often only be recognized at second glance, as their unusual shape means they can be mistaken for stones. “In addition, plastic crusts and pyroplastics pose an ecological risk. Pyroplastics can contain toxic lead and cadmium, ”explains Ehlers. “Ways must be found how the input of plastics into the water can be effectively and sustainably reduced.” (Marine Pollution Bulletin, 2021; doi: 10.1016/j.marpolbul.2021.113187)