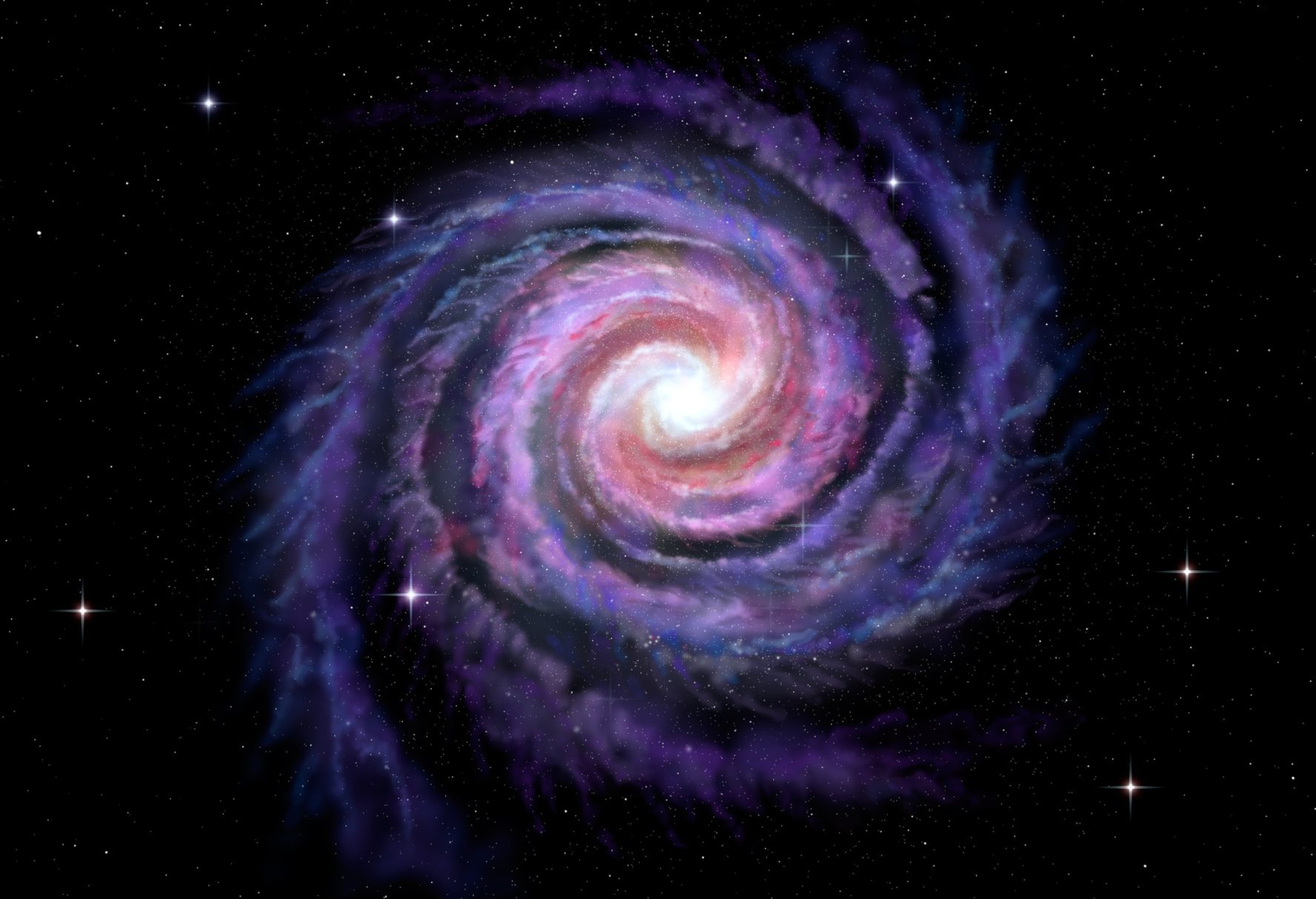 Researchers have clarified the lack of a fireworks display around the central black hole of our Milky Way, expected in 2014: The flicker of matter did not occur because the gravitational giant Sagittarius A * was not approaching a cloud of gas or dust, as expected. However, new data make it clear that it was instead a cluster of three very young stars. These findings in turn raise new questions about the formation history of stars in the vicinity of black holes, say the astronomers.

What is in the middle of our home galaxy and which processes take place there? The mysterious center of the Milky Way has long been in the sights of astronomy. However, researching it poses a special challenge, as we look into the center from a kind of frog’s perspective and through obscuring matter. Using X-ray and infrared radiation, however, observations are possible, from which astronomers can gain clues about objects and developments behind the cosmic veil. It is now assumed that there is a black hole with over four million solar masses in the heart of the Milky Way. This gravity giant is known as the Sagittarius A *.

The galactic heart in sight

In 2011, in infrared data from the Very Large Telescope (VLT) of the European Southern Observatory in Chile, astronomers discovered the trace of an exciting object in the area of ​​the galactic center: The results of a multi-wavelength analysis suggested that the structure called G2 was around a cloud of gas and dust acted. The special thing about it was that the course promised the prospect of a spectacular event. For 2014 it was expected that G2 would be disrupted by the close proximity to the black hole. The astronomers assumed that physical processes in the mass of gas and dust would lead to fireworks of radiation pulses.

But the cosmic spectacle did not materialize: G2 did not show a flickering dissolution process during the passage from Sagittarius A *, as would have been expected for a gas cloud. The strange structure caused a headache for astronomers and a controversy arose over the identity of G2. Now the study by the international team of astronomers around Florian Peißker from the Physics Institute at the University of Cologne seems to be able to end the discussions. The researchers have again evaluated all available information and, above all, ensured more precise observations: They evaluated further data from the Very Large Telescope for G2, which give a more detailed impression of the structure.

Stellar babies under the spell of a gravitational monster

“We had the opportunity to observe the center of our galaxy several times with the Very Large Telescope. Together with the data from the Südsternwarten archive, we were now able to cover a period from 2005 to 2019, ”explains Peißker. As he and his colleagues explain, the evaluations confirm previous indications that G2 was not a loose gas and dust cloud at all: The new observations show that G2 are three individual stars shrouded in dust. The level of detail arose from the fact that each pixel of the recordings resulted in a corresponding spectrum, which covers a very specific and very detailed wave range, explain the astronomers.

So the three structures emerged that explain why the supposed gas cloud was not destroyed during the passage through the black hole. Another particularly interesting aspect is that, according to the researchers, these are extremely young stars. They estimate their age to be less than a million years – astronomically speaking, these are stellar babies. For comparison: our sun is almost five billion years old. “The fact that G2 are three developing young stars is sensational. Stars around Sagittarius A * that were younger than this have never been observed, ”says Peißker.

The results now give rise to further exciting questions. The focus is on the possibly special formation processes of the stars in the orbit of Sagittarius A *. Because the radiation-intensive environment of a supermassive black hole does not appear to be very favorable for the formation processes of young stars. “The new results provide unique insights into how black holes work. We can therefore use the surroundings of Sagittarius A * as a blueprint to learn more about the development and processes of other galaxies in completely different corners of our universe, ”says Peißker.