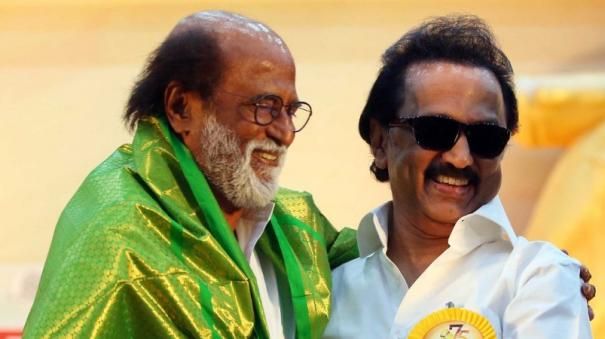 Chennai: Tamil Nadu’s Prime Minister MK Stalin was one of the first to greet Rajinikanth on the occasion of the megastar’s 72nd birthday, which falls on Sunday.

The Prime Minister of Tamil Nadu gave Rajinikanth his warm birthday greetings in Tamil on Sunday.

Stalin said he would like Rajinikanth, who turned 72, to entertain the Tamil people with his incomparable screen presence for a few more years.

In addition to Stalin, several film stars, directors and film technicians from all languages ​​and industries welcomed Rajinikanth on his birthday.