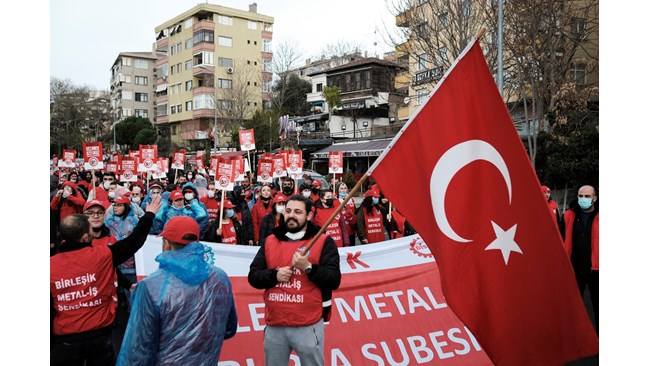 Protests against the government’s economic policy broke out in Istanbul. PHOTO: Reuters

In a network of several supermarkets in Istanbul, the amount of basic needs bought by citizens has been restricted since Sunday.

According to the ordinance, citizens are allowed to buy up to two liters of fresh milk and sunflower oil, up to two kilograms of flour and sugar and two boxes of cigarettes per person.

The sale of 5 liter bottles and cans of sunflower oil is prohibited.

In the meantime, cigarette prices have increased again, with the cheapest pack now costing 19 Turkish Lira.

The restrictions on supermarket sales are believed to be due to the recent massive stockpiling of basic necessities following the renewed collapse of the Turkish lira.

Last week, a change in the law was introduced in the Turkish parliament, which provides for heavy fines for traders who store goods or sell limited quantities to citizens.