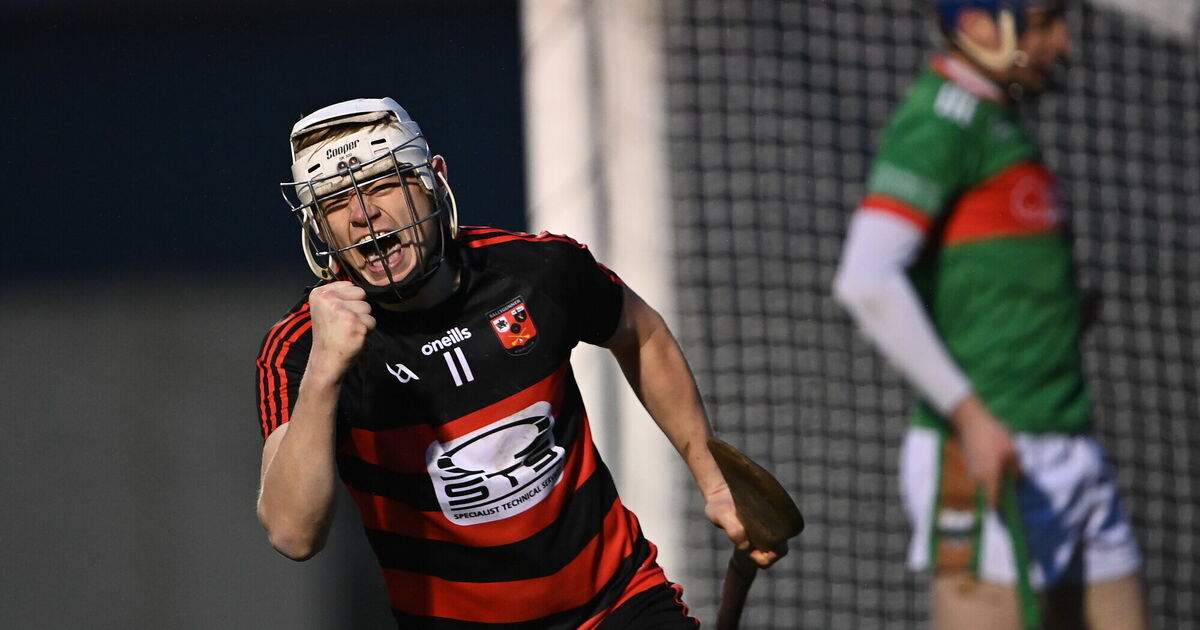 Less a game than an exaggerated Russian novel, this Munster Club SHC semi-final at Fraher Field eventually went Ballygunner’s path, but not before enough incidents for a season.

Tipperary champion Loughmore-Castleiney’s marathon campaign (s) came to a bitter end when supporters vehemently disapproved of referee John Murphy’s performance. He sent John and Noel McGrath off during the game, and those in green and red were unhappy with other decisions too.

“We had 19 weeks in a row, which is the standard we had when we came here,” said Loughmore manager Frankie McGrath afterwards.

“Even the conditions – look, I don’t want to say too much, our boys are in there, they are absolutely gutted. What do you expect when you come here? At least they expect fair play. Did you get fair play? Well, I leave that to you.

“We’re going back and checking the video, so we’ll do it. But our first reaction was that we were treated pretty badly down here. “

Loughmore started slowly, similar to the last iteration of Tipperary, and Ballygunner were moving fast despite slippery ground and howling winds. They had the player of the game in Dessie Hutchinson – his speed and ball feel tormented Loughmore the whole time, and he was involved in preparing Kevin Mahony for a goal after seven minutes.

Ballygunner keeper Stephen O’Keeffe saved twice well from John McGrath and the Waterford side led 1-5 to 0-1 on the first Waterbreak.

Loughmore started with two free kicks from John McGrath, but in the 22nd minute Noel McGrath received a red card for what appeared to be a relatively harmless incident. The Tipperary side reacted well, however, with John McGrath’s free kicks moving them closer and closer: 1-8 to 0-9 at halftime.

Loughmore duly reduced the lead to one, but Ballygunner won a 36th-minute penalty – inevitably through Hutchinson – just for Stephen O’Keeffe, who missed the target.

Four minutes later, Mikey Mahony and Hutchinson combined a goal from Ballygunner for the latter, with Loughmore worried that they were not awarded a free kick shortly before.

“You saw it, you have a better view than I do,” said Frankie McGrath.

“When I’m upset, if I sound upset … Cathal Barrett has met some of these officers before, so they did. I am annoyed. Incredibly annoyed. “

In the second water break, it was 2-10 to 0-12, but in the 52nd minute Loughmore appeared to win a penalty to guarantee a rousing finish. However, John McGrath received a second yellow card and left the field when the referee re-investigated the incident and a throw-in was used instead. Ballygunner watched the game after that.

“My first thought is that people will watch the video a little and we’ll see what’s there,” said McGrath.

“We had two incredible hurlers who landed in the stands. Somebody wants to step back and take a little look, two guys who have incredible discipline records.

“We come here, at this level – we step back and wait to see what is on the video. But given the two characters involved, I would be pretty sure that something was done wrong somewhere. “

In the Ballygunner corner, manager Darragh O’Sullivan was delighted to have made it to a provincial final.

“The pushes have affected the game, but the way they play moves the ball through the lines – they don’t hit it across the field so people like Philip (Mahony) don’t have a lot of loose balls just when they go maybe back to 13 men and dealing with us in other ways.

“They (Loughmore) have a phenomenal spirit of being on the trot for 19 weeks and winning their two championships. You are a special group of people, but we also have a special group in our own changing room. “

As he spoke, O’Sullivan nodded in the corner of the field, where Loughmore was applauded by their supporters outside the field. The disappointment was visible in their shoulders and bowed heads, but they went out on their shields. At least one corner of the country will remember 2021 for something other than face masks and distancing.