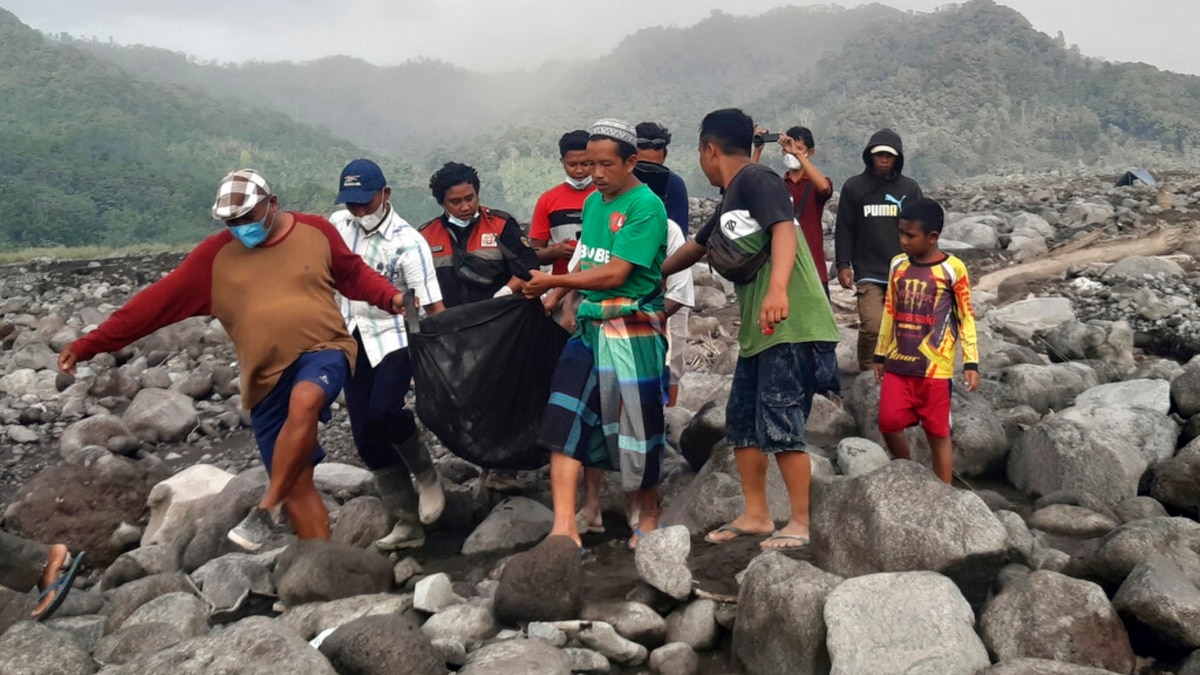 For too many days Seniman has been looking for his son, who has been missing since the eruption of the Indonesian mountain Semeru.

“I do not have anything. I don’t have the means to look for my son on my own. I’m confused. Where should I ask for help? I went back and forth between the search post and the police station, ”said Seniman, a resident of Lumajang, a district in East Java on the slopes of the volcano.

Seniman, who like many Indonesians only uses one name, told VOA Indonesia that his 19-year-old second child, Muhammad Hermansyah, was working in a sand mine when Mount Semeru erupted on December 4th.

On Friday, Hermansyah, along with two employees, was among more than a dozen people still missing since the eruption that killed dozen and covered at least 11 villages in Lumajung district with volcanic ash.

“I’ll keep looking for him. Whatever his condition, I hope his body is found so I can take him home and show him my respect one last time, ”Seniman said, struggling to hold back tears. When he visits the search squad every day, he carries his son’s identity card with him.

Seniman’s wife remains in shock and collapses at the thought of her missing son. Seniman’s youngest child, an elementary school student, remains by her side. Seniman’s oldest child works outside of Lumajang.

Authorities plan to continue the search for the missing until Tuesday, but the operation is likely to be hampered by the aftermath of the outbreak, which includes hot gas and ash.

Seniman lives in Sumberwuluh village, one of the areas hardest hit by the Mount Semeru eruption, one of nearly 130 active volcanoes in Indonesia. It last erupted in December 2020, a frequency that is not uncommon in a country on the “Ring of Fire” around the Pacific Ocean marked by active volcanoes and frequent earthquakes.

According to local authorities, 6,022 residents have been evacuated and live in 115 shelters, mosques, schools and other safe buildings across the region.

Volunteers and evacuees have gathered to sort donated food, clothing and medicine to ensure that those most in need are helped.

“We, the young volunteers, are (are) ready to help the victims if a disaster strikes,” said Muhammad Febrianto, who heads a local volunteer group in Lumajang.

The volunteers were divided into several teams and distributed to different animal shelters in Lumajang, he said.

“We work together by distributing food and clothing that has been sent here. We hope that Lumajang and all victims (from the eruption) will recover soon and have enough strength to continue their lives, ”he added.

Lusiyanti, who uses only one name and works with the local regional civil protection agency, said only a limited number of volunteers are working at the shelters as most were deployed to assist the search and rescue team.

“We are overwhelmed, but luckily many residents come here to help. What makes it difficult is that the evacuees are scattered all over Lumajang, ”she said, adding that a shortage of baby food made the situation worse for many.

At least 39 people had been reported dead as of Wednesday. Data from the Lumajang Civil Protection Agency showed the outbreak also destroyed 2,970 homes and killed 3,026 cattle. In addition, 42 school buildings, 17 places of worship, a health facility and a bridge were destroyed.