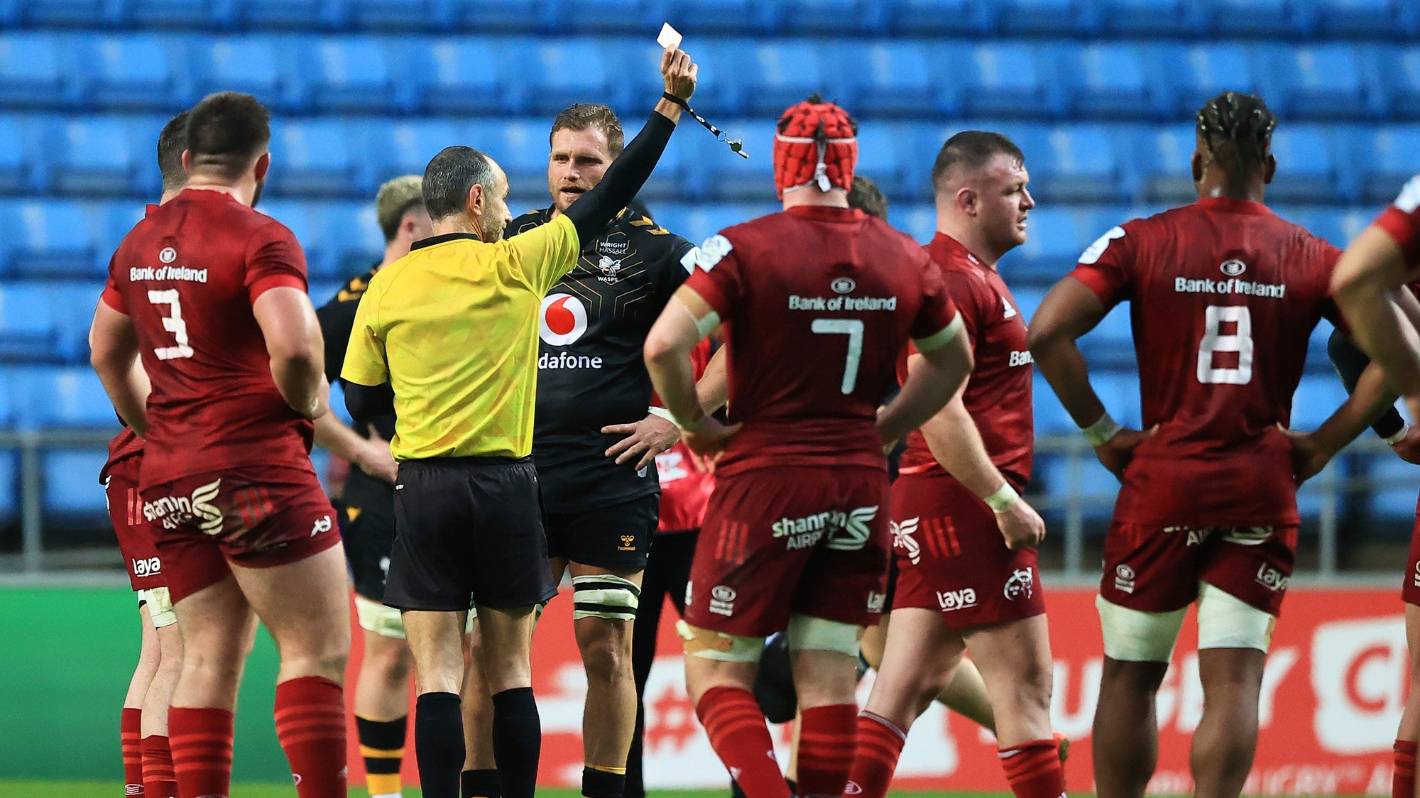 Wasps’ Kiwi captain Brad Shields was sent off after a 35-14 defeat by Irish team Munster in the European Cup.

The former Hurricanes favorite was given the red card in the 27th minute at the home ground of the Wasps Coventry Arena on Sunday (Monday New Zealand time).

Shields seemed amused by the umpire’s decision, which the BBC Rugby The website later noted that “another day could have been marked with a yellow card”.

CONTINUE READING:
* Ireland’s kiwis cash in when Leinster wins the European Cup with seven attempts
* Groundsman, teachers and students meet in Cardiff for the World Rugby Player of Year
* After the “mental breakdown” of Black Fern Te Kura Ngata-Aerengamate, Glenn Moore flashes with looks
* Tough but fair: The All Blacks want to prevent reviews from becoming a pointing exercise

The guard noted that Kilcoyne appeared to be “ascending” [Shields] last. At first glance it looked like a possible yellow card, but slow-motion repetitions are usually less forgiving and wasps suddenly had another but massive hole to fill in front. “

He was more focused on closing the void in the airlock where Shields stood after an injury crisis.

But Blackett admitted Coventry Live that after we lost Brad early on, we were always against it from then on. We always looked like we lacked continuity. I thought Münster won the game when it broke down, they killed us, we couldn’t build up any pressure. “

Wasps entered the game with a number of top players who weren’t available, including former All Blacks Vaea Fifita and Malakai Fekitoa.

Munster scored four to two tries, with Irish test wings Keith Earls and Andrew Conway making it onto the scorers list and young hooker Scott Buckley scoring his first try for the club.

Connacht ended an unbeaten Champions Cup weekend for the four Irish provinces with a 33-6 win over Stade Francais.

La Rochelle clinched a scratchy 20-13 home win over the Glasgow Warriors, with Fijian full-back Eneriko Buliruarua scoring one of their two attempts. Former Crusader and Highlander defender Josh McKay made his European debut as a full-back for Glasgow.