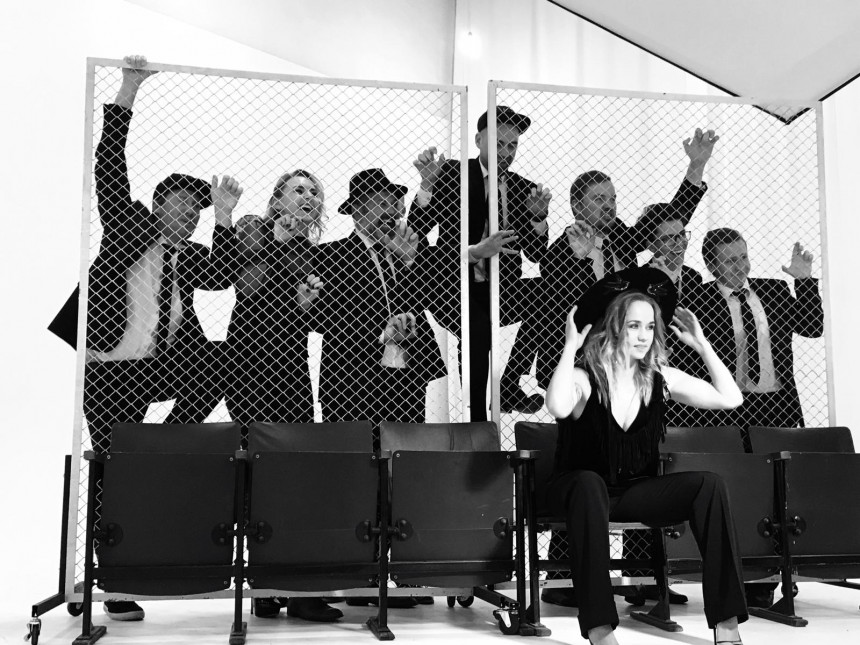 The group “Very Cool People” and the singer Aija Andrejeva have announced a concert that will take place on April 9th ​​next year in the legendary Liepāja Theater. The concert will include the powerful Woodstock Renaissance program, which will bring the audience together with the best of Janice Joplin, Jimmy Hendrix and Jim Morrison in a new soundtrack.

The group “Very Cool People” and Aija Andrejeva have created modern and exciting arrangements of songs by Janice Joplin, Jimmy Hendrix and Jim Morrison, which listeners were able to experience before the pandemic. The Woodstock Renaissance began as a tour of the history of popular music. In addition to Aija, the owner of the strong voice, “VCP” trombonist Laura Rozenberga, will also sing in the concert program.

“We met Elvie last summer and had the irresistible feeling that the Woodstock renaissance has to be heard over and over again,” recalls Aija. “Both of them also had the full feeling that Liepāja and the Liepāja Theater are the right places for this program. It just fits! What is special about this program is that it will never be out of date. The ravages of time only make it more beautiful and valuable. And my greatest luck is to perform it with such colossal musicians as “Very Cool People”! “

The very cool people will perform in concert: Oskars Ozoliņš – trumpet, Māris Jēkabsons – tenor saxophone, Laura Rozenberga – trombone, vocals, Kristaps Lubovs – baritone saxophone, Elvijs Grafcovs – guitar, Māris Vitkus – keys, Jekis Buik – drums. “In general, we like Liepāja a lot,” says Elvijs Grafcovs, the band’s steering wheel and guitarist. “When we play in Liepaja there is a fantastic audience. In festivals, concert halls and clubs. We also have a lot of Choma musicians in Windstadt, and they always come to concerts or go to the afterlife. Therefore our group has a saying: “What happens in Liepaja stays in Liepaja.”

Tickets are already available on aula.lv. By the way, if you buy a ticket until the turn of the year, every visitor will also receive a gift from “Very Cool People” in CD format and Aija Andrejeva’s latest album with signature.