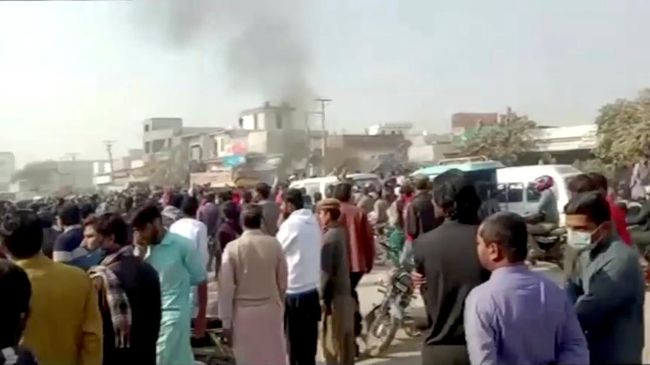 Jakarta, CNBC Indonesia – A mob of workers at a factory in East Pakistan allegedly tortured and burned a Sri Lankan manager. The incident occurred last weekend in the Sialkot region, the industrial heartland of the region.

The manager was accused of blaspheming religion. He is said to have torn down posters with Islamic holy verses, the Koran and angry workers.

“A total of 50 people have been identified and arrested so far.”

Pakistani Prime Minister Imran Khan condemned the move. He called it a shame on Pakistan.

“The terrible vigilante attack on a factory in Sialkot and the living burning of the Sri Lankan manager is a shameful day for Pakistan,” he said in a message on Twitter.

It promised to oversee the research directly. He insisted that the guilty would certainly be punished.

Blasphemy itself is punishable by death in Pakistan. But vigilante justice is the order of the day in Pakistan.

The murders came weeks after days of mass protests against what he viewed as anti-Islam blasphemy. The violent protest was carried out by the radical Tehrik-e-Labaik Pakistan, a Sunni Muslim group founded in 2015.

Tahir Ashrafi, Khan’s advisor for Interfaith Harmony, condemned the killers in a taped video statement shared on social media. “This is a barbaric act and contrary to the teachings of Islam,” he said.