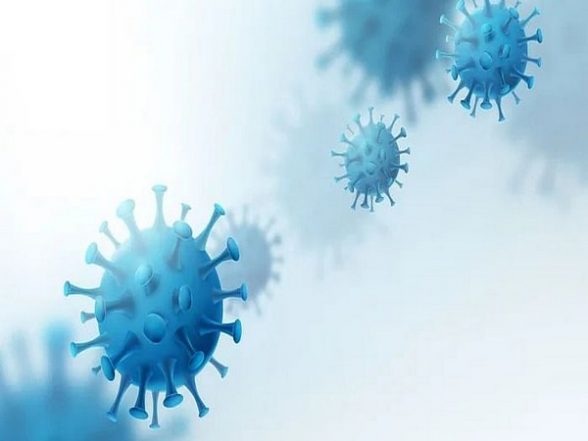 Heidelberg [Germany], December 4th (ANI): The expression of the cell receptor for the SARS-CoV-2 virus, ACE2, which is essential for mediating the cell entry of the virus, is increasing in the lungs of aging mice and humans, according to a group of Italians and American researchers led by Fabrizio d’Adda di Fagagna.

This research was published in the EMBO Reports Journal.

They also showed that ACE2 expression increased with telomere shortening or dysfunction – common hallmarks of aging – in cultured human cells and in mice. This increase was related to a DNA damage response triggered by dysfunctional telomeres.

The reasons for the greater likelihood of severe symptoms and death in the elderly in response to SARS-CoV-2 infection remained unclear. ACE2 expression was positively associated with the patient’s age, for example in the nasal epithelium, the first point of contact with SARS-CoV-2. Lower ACE2 expression in children compared to adults may explain why COVID-19 was less common in children, and the expression and distribution of the ACE2 receptor may be relevant to the progression and prognosis of COVID-19.

The research showed that ACE2 protein expression is increased in aging lungs of humans and mice, including type II (ATII) alveolar epithelial cells. In the lungs, ACE2 is mainly found on the surface of ATII cells, and these cells are therefore likely the primary target of SARS-CoV-2 infection in the lungs. SARS-CoV-2 is mainly transmitted via droplet infection and the lungs are the virus’ first target organ. In fact, pneumonia is the most common complication in COVID-19 patients at 91 percent.

To uncover the molecular mechanism underlying the upregulation of ACE2 during aging, researchers turned to in vitro and in vivo models that recapitulate some key aspects of aging. Aging has been linked to telomeres shortening and damage to a number of tissues of various species, including humans.

Telomeres are the regions at the ends of linear chromosomes that are essential to protect the chromosome ends from shortening during repeated cell replication cycles that would lead to the loss of important genetic information. When telomeres become critical, they are perceived as DNA breaks and activate pathways to respond to DNA damage.

Both approaches prevented the upregulation of the ACE2 gene and protein after telomere damage in aging cultured cells and in mice. The group also used a cell culture model in which the DNA damage response was specifically activated on telomeres in the absence of telomere shortening, with the same results. These results showed that it is the activation of the DNA damage response rather than the telomere shortening itself that is responsible for the ACE2 upregulation.

Understanding the mechanism of age-related susceptibility to SARS-CoV-2 infection was important for targeted therapeutic approaches, which in principle could include the use of a tASO-mediated inhibition of the telomeric DNA damage response.

ACE2 also plays a role in regulating blood pressure, fluid and salt levels, and is expressed in other human tissues, such as the heart and kidney. The results reported here can therefore also have medical effects beyond COVID-19.

However, more research is needed to determine whether reducing ACE2 expression has positive effects on SARS-CoV-2 infection rates and the severity of COVID-19 symptoms in in vivo models. More work also needed to be done to understand how the DNA damage response signals lead to increased ACE2 gene expression. (ANI)

(This is an unedited and auto-generated story from the Syndicated News Feed. LatestLY Staff may not have changed or edited the content.)