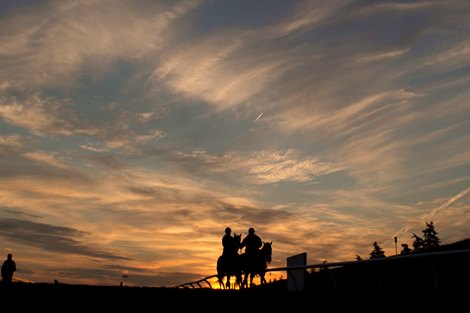 Attorneys representing the government and the suspended veterinarian Dr. Seth Fishman argued in court documents filed this week about the admissibility of evidence in the trial.

He is one of more than two dozen people charged with falsely distributing counterfeit and adulterated drugs in a large-scale horse doping program, a group that includes trainers Jorge Navarro and Jason Servis. While Navarro and others have changed their plea to guilty, Fishman and Servis are among those who plead not guilty and could face trial early next year.

Fishman’s attorney Maurice Sercarz asked Mary Kay Vyskocil, US District Judge for the Southern District of New York, for an order banning the introduction of evidence related to an investigation in Delaware in 2011; three categories of evidence offered for “other crimes”; Evidence obtained by the defendant based on limited immunity; and specific expert testimony from government witnesses.

US Attorney Damian Williams wrote documents filed earlier this week that the evidence was admissible. Among the pieces of evidence he wrote to try in court is an alleged human growth hormone containing erythropoietin made available by Fishman for administration to Standardbred racehorses owned and driven by David Brooks. Brooks was convicted of fraud.

Williams said Fishman and co-defendant Lisa Giannelli, through a company called Equestology, targeted specifically customers in the racehorse industry and sold dozens of drugs that allegedly have performance-enhancing abilities.

Fishman and Giannelli could face trial as early as the first quarter of 2022.