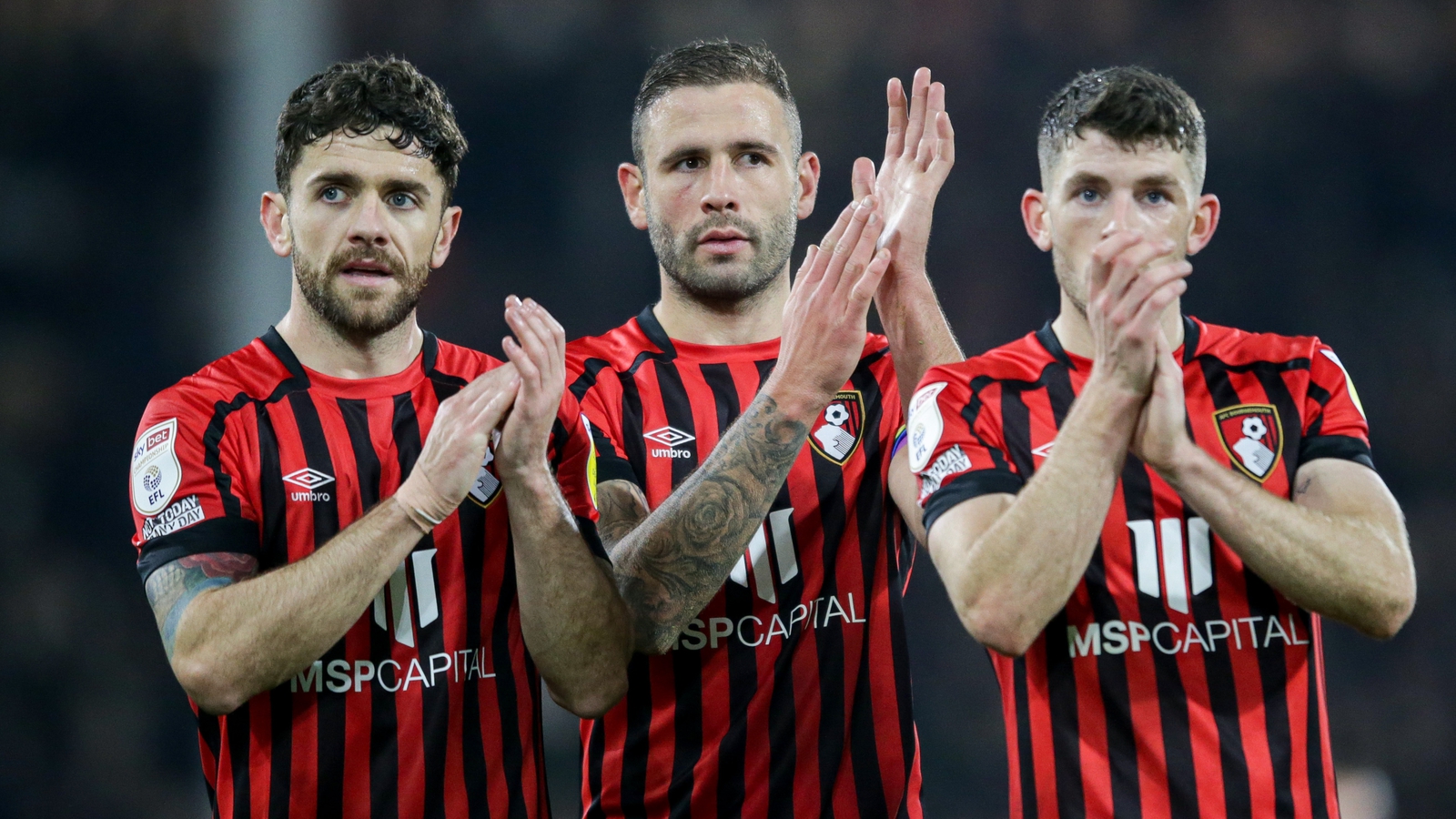 Tosin Adarabioyo headed a late equalizer to keep Fulham at the top of the championship by drawing a 1-1 at home against automatic promotion rivals Bournemouth, for whom Irish international Robbie Brady eventually made his debut.

Dominic Solanke Cherries’s goal just seconds into the start of the second half looked like Scott Parker’s guests would be promoted to the top of the table on his first return to Fulham since retiring as coach in June.

But defender Adarabioyo headed a cross from substitute Tom Cairney past Mark Travers in the Bournemouth gate to ensure Fulham had a point ahead of an often ill-tempered encounter.

Both goalkeepers were tested early. Fulham’s Marek Rodak was comfortably enough behind Adam Smiths Drive before Irish international Travers parried a low drive from Neeskens Kebano at the other end at the expense of a corner.

The lively Kebano was soon back with exactly the same result and the ensuing corner resulted in a scramble in goal with the ball struck by Bournemouth’s Gary Cahill on the arm, but referee Tim Robinson either didn’t notice or ruled it unintentionally.

Lewis Cook was booked for a 15th-minute lunge against Kebano with both feet off the ground and the game was halted shortly after to have his head bandaged for Solanke, who was injured in a collision with Adarabioyo .

The association had an assist almost immediately when Solanke placed a header from seven meters just off Rodak’s right post.

The former Englishman returned in the 30th minute, burst into the box on the left and shot just wide of the goal.

Jack Stacey became the next Bournemouth man to be booked for another lunge on Kebano and the couple reunited shortly afterwards, with Stacey blocking the winger’s shot from the six yard area.

Referee Robinson had to make another decision within seconds when Harry Wilson went down in the penalty area under a Solanke challenge, but he dismissed criminal complaints.

Cherries skipper Steve Cook competed Fulham twice within a few seconds just before the break. First he dived to prevent Aleksandar Mitrovic from rolling the ball home from the left penalty area.

Fabio Carvalho was on the rebound but the veteran defender also somehow managed to get his head in the way.

Fulham coach Marco Silva still had time to be cautioned for excessive dissent – and his mood was barely improved when Bournemouth scored early in the second period.

A couple of passes were alternated before Philip Billings Ball went over the top and Solanke left Denis Odoi behind and whipped him high past Rodak.

Fulham responded with a Kebano move that toppled Travers over the bar before Wilson forced another save and then shot a shot just wide.

Mitrovic had been kept calm but sent a header from a free kick after Wilson stumbled through Adam Smith without warning.

Bournemouth tried to slow the game down, with Travers booked for wasting time before saving another Mitrovic header and kebano fending off with his legs.

Travers dived to fend off another Mitrovic header – and Kebano whipped the loose ball into the distance from close range, but Fulham was undisputed.

Adarabioyo hit substitute Cairney’s cross to head the ball from seven yards behind Travers to keep the Cottagers on top.