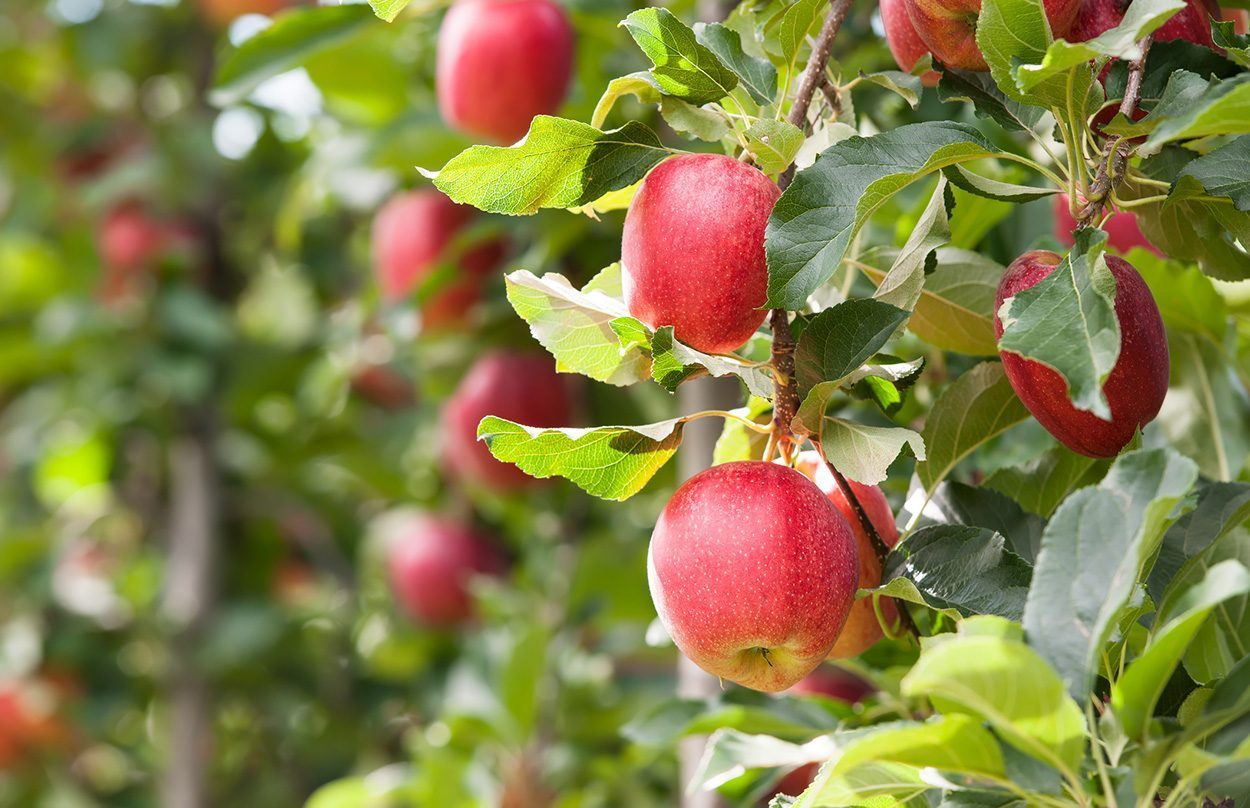 Just like humans and animals, plants also have their own microbiome: Microorganisms such as fungi and bacteria help them to protect themselves from diseases, to better utilize nutrients and to withstand environmental stress. A new study now shows that plants pass on their microbiome to their offspring. Closely related apple trees are also home to similar bacterial and fungal species – they inherited these from their common ancestors. These findings open up new, microbiome-based breeding strategies that could help make fruit and vegetables fit for the challenges of climate change.

Plant breeding is facing new challenges as a result of climate change: In order to withstand droughts, extreme weather events, increased temperatures and newly emerging pathogens, crops have to become more resistant – and if possible, without this leading to yield losses or further burdening the environment. In addition to conventional breeding methods and green genetic engineering, strategies that start with the microbiome of the plants, i.e. the communities of bacteria and fungi that live on the roots, on the surface and within the plants, could also help. However, little research has been done in this area to date.

A team led by Ahmed Abdelfattah from Graz University of Technology has now compared the microbiome of various cultivated and wild apple trees and has shown that the microbiome is inherited to the same extent as the genes. The researchers collected shoots from eleven different apple tree species and, using DNA tests, determined which microbial species lived on them. Using bioinformatic methods, they calculated to what extent the microbiome of the various species differed and what proportions were likely passed on from which ancestors.

The result: “The microbiome of the domesticated apple is a mixture of its wild ancestors,” say the researchers. “We observed a significant correlation between the evolutionary distance of the apple species and their microbiome.” According to the analyzes, our modern, cultivated apple varieties have a particularly diverse microbiome, which in parts still resembles that of their wild ancestors. In the course of the breeding process, however, some microorganisms have been lost and new ones have been added.

More diversity thanks to cultivation

“Both the diversity and the number of microorganisms were higher in cultivated apples and their ancestors than in wild species,” report Abdelfattah and his colleagues. “This contradicts the popular assumption that cultivation leads to a decline in microbial diversity.” According to the researchers, the greater biodiversity of fungi and bacteria could be due to the fact that domesticated apples offer more resources and thus a larger ecological niche. “It could be that the domestication of the plants and the breeding for desired properties have indirectly led to an increase in the microbial population,” say the researchers.

How exactly the apple trees pass on their microbiome from generation to generation is not yet fully understood. “We suspect that the most important microorganisms pass through vertical transmission to the offspring and are promoted through positive selection,” said the researchers. Vertical transmission describes a process in which genetic material, pathogens or symbionts are passed on directly from an ancestor to an offspring, that is to say are inherited.

“This study proves the coevolution between apple species and their microbiome during domestication,” the researchers write. “This result has important implications for future breeding programs and our understanding of the evolution of plants and their microbiomes.” It would be conceivable, for example, to introduce microorganisms into the plants that promote certain desired properties. Those that can be found on wild ancestors and have been lost in the course of domestication could be suitable. “Our results show that changes in the plant microbiome can be predicted and support the idea that microbiome-based breeding strategies are feasible,” said the researchers.