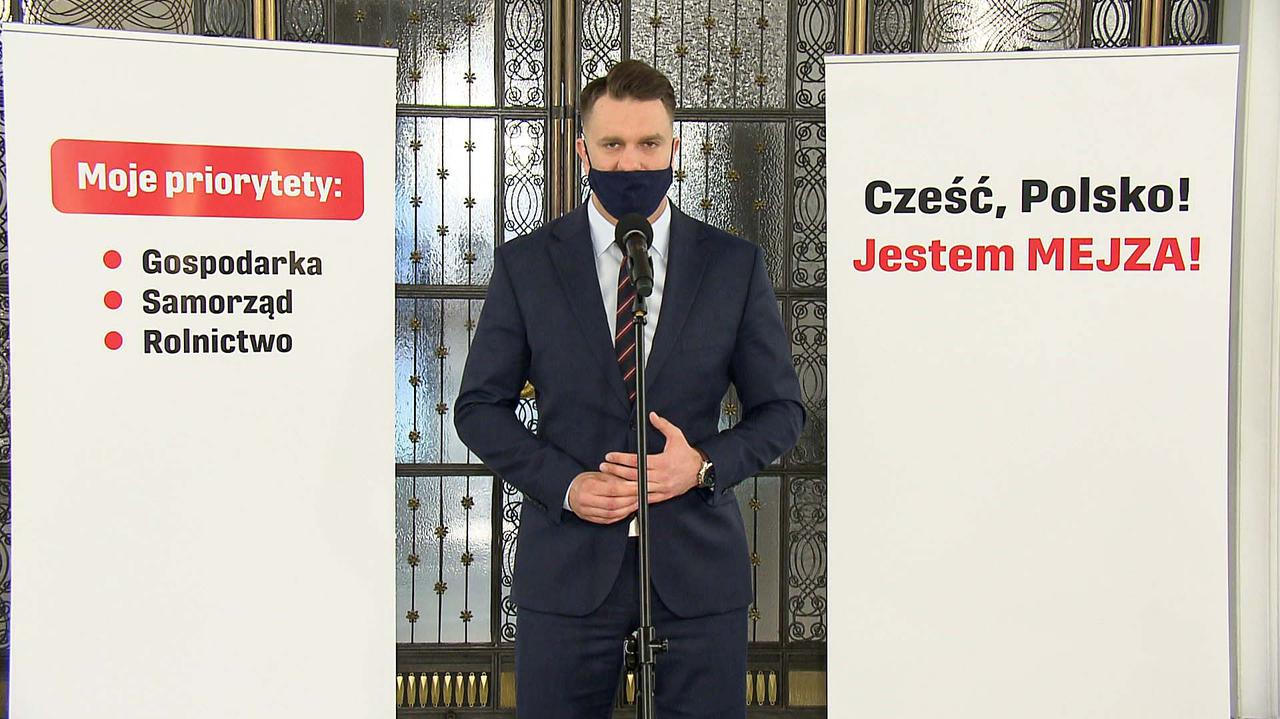 The Board of Directors of the Lubuskie Voivodeship said that it had “taken note of the preliminary results of the inspection of the” Lubuskie Bony Rozwojowe “project and decided to forward the report to the Public Prosecutor’s Office”. The reservations concern the services provided as part of the project by Future Wolves, which was founded by MP ukasz Mejza.

On Tuesday a message appeared on the website of the local government of the Lubusz Voivodeship, in which we read that the Voivodeship Council had received information “on the status of the work carried out by the European Social Fund department on the control of the project ‘Lubuskie Bony Rozwojowe in the Zielona Góra sub-region – 2nd edition ”.

“The inspection included, among other things, checking the compliance of the project implementation with the assumptions set out in the contract and the associated application for co-financing. Based on media information, the services provided by Future Wolves Łukasz Mejza have been added to a detailed inspection ”-.

Future Wolves is a company founded in June 2019 by the incumbent Deputy Sports Minister. Wirtualna Polska described their activities. As a member of the Council of the Sejmik of the Lubuskie Voivodeship, Mejza was also a partner in the Lubuskie Bony Rozwojowe program. The money for the vouchers came from EU funds, from the program approved by the local government of this voivodeship.

“The project operators responsible for the funding were the Regional Development Agency and the West Chamber of Commerce and Industry. As part of the program, small and medium-sized entrepreneurs could apply for vouchers, which they could then redeem in companies that offer training courses, among other things. After completing the exercises, the company that carried them out settled the vouchers with the program operator, ”we read in the WP text. When the portal was founded, the Mejzy company was supposed to earn almost one million zlotys with it, and most of the money came from EU funds.

As WP adds, shortly before he entered government, Mejza suspended Future Wolves and deleted the website.

Referral to the public prosecutor

However, the board of the Lubusz Voivodeship pointed out in a statement on Tuesday that the inspection revealed a lack of materials that would show what the training was like and therefore it cannot be verified whether “the performance was commensurate with the costs ”. It was also pointed out that it was not possible to confirm “training attendance for 18 people”.

Because of these doubts, the voivodship committee decided to report the suspected crime to the public prosecutor’s office.

“The inspection found that the Regional Development Agency, which is the project beneficiary selected in the competition, has no material showing what the training was like and therefore cannot verify that the service was not cost-effective to confirm participation in the training. Case of 18 people. It showed the lack of training materials available on the training platform, which makes it difficult to verify the scope of the training ”- was written.

It was added that “the manner in which the training is conducted raises doubts – participants register at night, register one day and end the next, delivery of individual training modules in much less time than specified in the information on the service”.

“Currently, most of the control activities on the beneficiary’s premises have been completed. The control information will be created by December 15th of this year. ” – was written in the press release.

A list of 37 companies for which Future Wolves provided training as part of the project was also published.

The reservations about Future Wolves’ activities aren’t the only controversies that have arisen recently about the deputy sports minister.

Wirtualna Polska journalists, Szymon Jadczak and Mateusz Ratajczak, also describe the case of another company he founded, Vinci NeoClinic, which promised to treat people with incurable diseases, they agreed. The method praised by Mejza has no medical confirmation. Treatment fees started at $ 80,000. On Monday Wirtualna Polska published another text in which journalists collected stories People who have had contact with Vinci NeoClinic and, as we read, they were persuaded into unproven therapy.

Mejza claims that WP publications are “a series of blatant lies” and announces that the case will be brought to justice.

Many politicians – not only from the opposition – are calling on the government to dismiss the Maas. Prime Minister Morawiecki He said on Monday that “the situation will certainly now be subject to very detailed explanations”.

The career of Łukasz Mejza

Mejza has been in the Sejm since March of this year, when he took the seat of the late CP-PSL MP Jolanta Fedak. After joining the Sejm, Mejza did not join the Polish coalition PSL club and remained independent. He has been Deputy Minister of Sport since October – he took office on the recommendation of the Republican Party.

In August, Mejza, still a non-attached MP, was punished by the Sejm’s presidium for failing to make a declaration of assets. “There is no such possibility in the statutes to discipline a member of parliament to make this statement,” said Vice-Marshal Ryszard Terlecki (PiS) at the time. Mejza made the last declaration of assets on August 27, 2021 and took possession there on March 16, 2021 when he became a member of parliament.