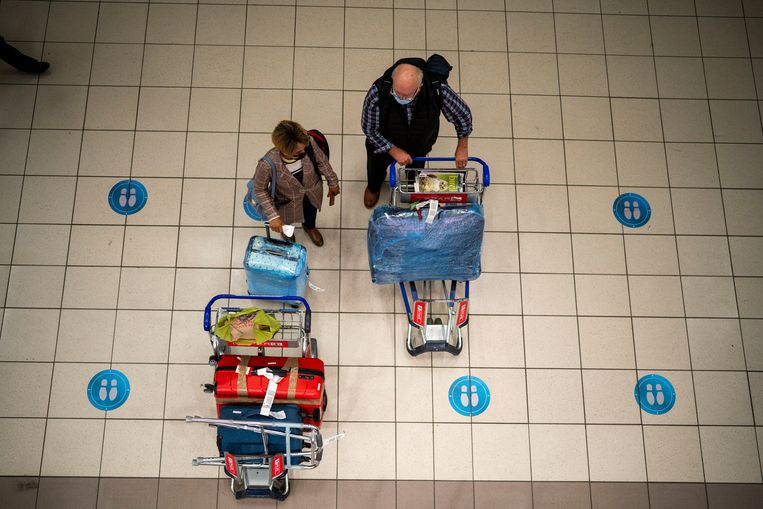 The first infection with the variant in Belgium was confirmed on Friday. The Dutch RIVM, in turn, reported on Saturday that this variant was “probably” found in “a number” of the 61 travelers who had returned from South Africa and who tested positive for Corona. The results are still being evaluated by the Erasmus University, the results of all suspicious test samples will be announced on Sunday. The affected passengers are in quarantine.

In order to slow down the penetration of the potentially highly contagious variant, more and more countries are now introducing travel bans, especially against countries in southern Africa, although little is known scientifically about this.

Australia, Japan, Thailand and several other countries on Saturday imposed travel bans and other restrictions on travelers from South Africa, Botswana, Namibia, Zimbabwe and other countries in southern Africa, to many European countries (including Belgium), Brazil, Canada and the United States Conditions. The states had already done this on Friday. This is based on the idea that previous Covid-19 variants could spread quickly worldwide due to lax border controls, but contrary to the advice of the World Health Organization (WHO).

The furthest away is Israel, which yesterday decided to completely close its borders to foreigners.

Nevertheless, the new Corona variant seems to have already started its global advance. On Saturday, two omikron infections were detected in Germany, two in Great Britain and one in Italy, after the variant previously appeared in Belgium, Botswana, Israel and Hong Kong, always in travelers from southern Africa. The infection of a traveler from Namibia is being investigated in the Czech Republic, and the variant is said to have already been found in the Netherlands.

The discovery of a new, potentially dangerous variant of Covid shocked investors around the world on Friday. In particular, airline and travel company stocks were sold off on fears that a resurgence of the pandemic could undo the fragile global economic recovery. European stocks had their worst day in 17 months and the US Dow Jones index closed 2.5 percent lower.

It is still unclear what we can expect from the new variant in terms of virus technology. The omikron variant (from the WHO to ‘Variant of concern‘), according to epidemiologists, may be even more contagious than the delta variant because of the large number of mutations, but the question is whether it also makes people sicker. It is also unclear to what extent the current vaccines are effective against the new variant. Further research is needed, including as to its origins. The variant may have been discovered in South Africa, but it could also have originated elsewhere.

South Africa, meanwhile, is angry about the increasing travel bans. The country feels like a scapegoat. This latest round of travel bans is punishing South Africa for its advanced DNA testing techniques and its ability to detect new variants more quickly. Scientific excellence should be welcomed, not punished, ”the government said.

In the UK, for example, there is a call for booster vaccination programs to be accelerated in anticipation of the omikron variant. However, critics point out that in developing countries, more than 90 percent of people have not even had their first shot. “Our failure to help vaccinate Sub-Saharan Africa exposes us all to a new, even more virulent strain of Covid,” tweeted IMF Director Kristalina Georgieva. “The omikron news is an urgent incentive to do even more to vaccinate the whole world.”