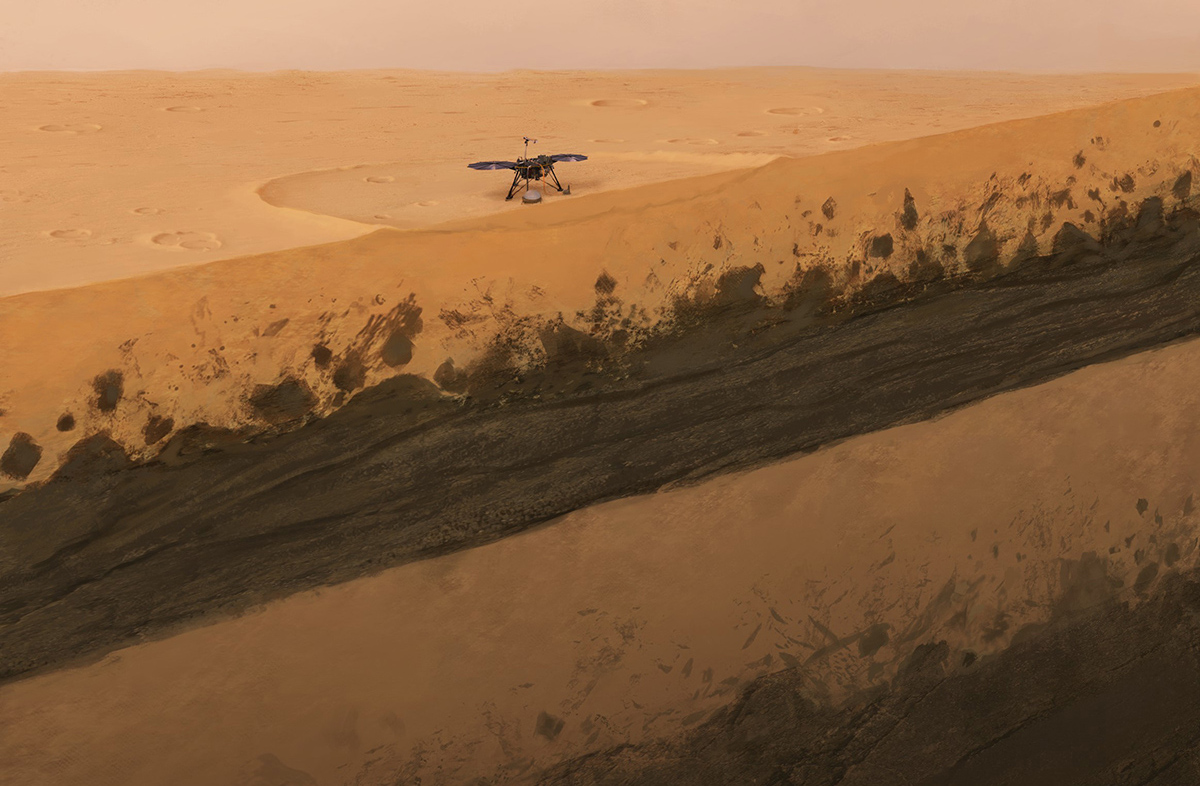 NASA’s Mars InSight Lander provided Researchers with the data necessary to give us an initial, detailed look at the crust, mantle and core of the Red Planet. However, this map does not contain any information about the structures near its surface, and we need this to get a more complete picture of how the planet was formed. Now a team of scientists could create the first detailed picture of what lies just below the surface of the planet, showing three billion years of its history by listening to the Martian winds.

More specifically, they analyzed the ambient noise (in the absence of marsquakes) recorded by the seismometer installed by the InSight lander. On Earth, this type of ambient seismic noise is created by the ocean, human activity, and winds, but only the latter is present on Mars. The Swiss Seismological Service (SED) and the ETH Zurich regularly evaluate the data collected by the seismometer as part of the Marsquake Service. In recent years, the SED has developed methods of analyzing ambient noise data to define geological structures here on earth, and they have applied these techniques to the data from InSight.

Based on the data the tool gathered, the top three meters of InSight’s landing pad is made of sand, while the next 20 meters is made of loose material, specifically volcanic rock that has been fissured by meteorite impacts. Beneath these sand and rocks lie lava flows that are divided by sediments that formed when the planet experienced cold and arid conditions. Researchers believe that the top lava flows were deposited about 1.7 billion years ago, while the deepest were deposited as early as 3.6 billion years ago when there was much more volcanic activity on the planet.

The researchers recently released your studies in nature, and one of the things they emphasized is that it proves that techniques for exploring our planet can work on Mars too. Other methods used to learn more about Earth could also give us more information about the Red Planet, which one day maybe will the second home of mankind.