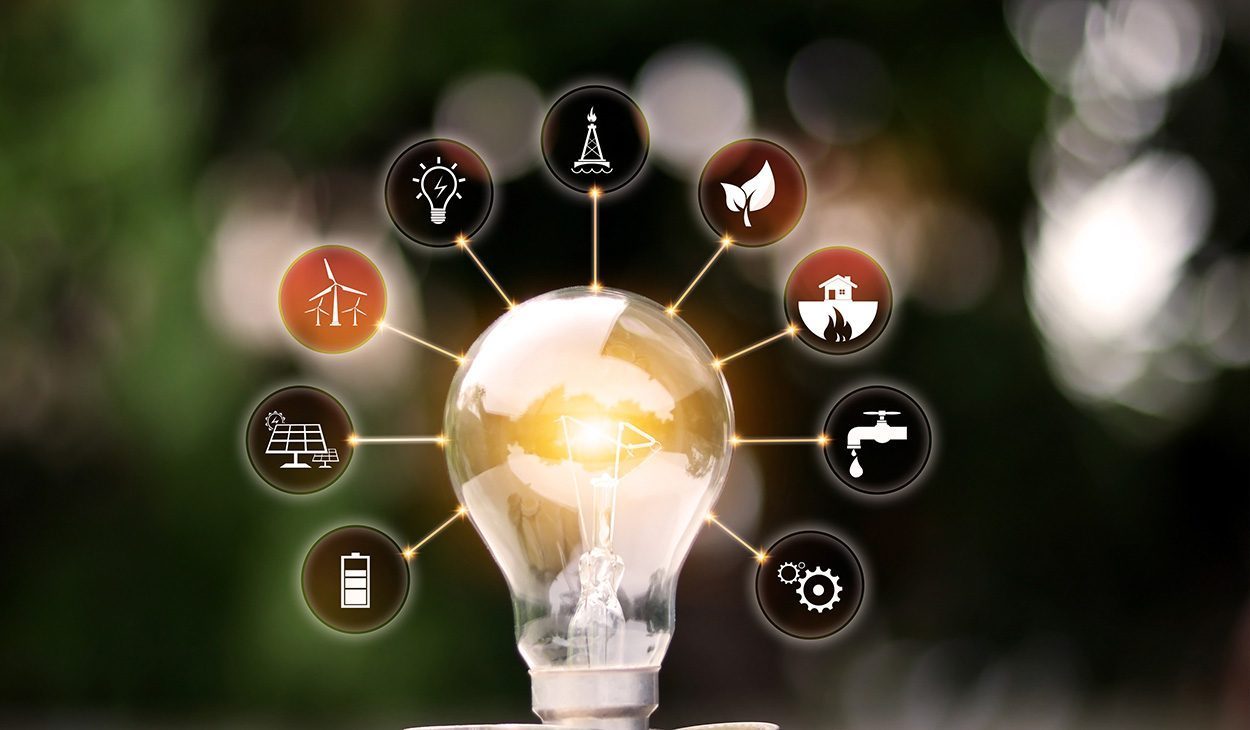 So far, electricity has been a rather expensive energy source. The direct combustion of fossil fuels is – even – cheaper and covers around 80 percent of global energy needs. But that will change, as researchers predict: electricity from renewable energies could make up two thirds of energy use by 2050. In conjunction with CO2 pricing, “green electricity” could then even advance to the cheapest form of energy. This then also enables the electrification of many processes and industries that have not previously been based on electricity.

In the course of climate protection and the reduction of greenhouse gas emissions, there is hardly a way around phasing out fossil fuels. In the future, renewable energies from sun and wind will be able to cover a large part of the demand for electricity generation. However, there are many more areas in which fossil fuels have been used so far. The spectrum ranges from drives for locomotion by road, water and in the air to heating and industrial applications such as the steel and cement industries.

From coal to “green” electricity

For the decarbonization of the future economy, this means that far-reaching transformations must take place in these previously unelectrified areas – changes that are less easy to implement than in electricity generation. “Nowadays, 80 percent of the total energy consumption for industry, traffic and building heating is covered by the direct combustion of fossil energy and only 20 percent is covered by electricity,” explains Gunnar Luderer from the Potsdam Institute for Climate Impact Research. “For a long time fossil fuels were cheap and easily accessible, while electricity was the more precious and expensive energy source.”

But that has to change. Because of the decarbonization, many end uses will have to switch to electricity, which previously worked with direct combustion of coal and co. In transport, this means switching from combustion engines to e-mobility or hydrogen drives, and in many industrial sectors this will also mean switching, for example, from coal as a heating medium and reduction aid to electrical and electrochemical processes. But that means that the demand for electricity will increase significantly and that electricity will have to become cheaper. Luderer and his colleagues have now used model simulations to investigate whether this is possible and which factors contribute to it.

The cheapest form of energy by 2050

The result: “Our computer simulations show that electricity in connection with global CO2 pricing will become the cheapest form of energy by 2050 and can cover up to three quarters of the total demand,” reports Luderer. One of the reasons for this development are the rapid technological advances in the production of solar and wind energy, which are already making “green” electricity cheaper and cheaper. “In the last ten years alone, the prices for solar power have fallen by 85 percent, and further falling costs are to be expected in the future,” says Luderer. Most computer simulations have so far underestimated the speed of this development.

If electricity becomes significantly cheaper, however, this also opens up new opportunities to convert previously non-electrified processes and industries in an economically sensible way. “Our research shows that the previous relationship between fossil fuels and electricity can almost be reversed, so that electrical energy, which is very easy to generate in a climate-neutral manner, becomes the mainstay of global energy demand,” says Luderer. In addition, technical advances are also making electricity-based end applications more efficient – electric cars have a greater range, and heat pumps now consume less energy per heat unit than any type of fossil-fueled boiler.

Electricity even in the steel industry

“You can electrify more end uses than you think, and in these cases you can even reduce energy consumption compared to today,” explains Luderer’s colleague Silvia Madeddu. “Let’s take steel production: If you smelt recycled steel, the so-called secondary steel, with electricity, this reduces the total process energy required and lowers the carbon intensity per ton of steel produced. All in all, we find that more than half of the total energy demand in industry can be electrified by 2050. ”In fact, the simulations show that the share of electricity would double over the course of the century even if climate protection were not strengthened .

However, some electrification bottlenecks remain, the researchers acknowledge. These include long-haul air travel, shipping and basic chemicals, which use fossil fuels as raw materials in the production of chemicals. Here, however, renewable solutions are conceivable, for example so-called e-fuels in aviation – hydrogen-based fuels that are generated using electricity from renewable energies. “The age of renewable electricity is coming, one way or another. But only comprehensive regulation of fossil fuels in all sectors and around the world, especially CO2 pricing, can ensure that this age comes in time to limit global warming to 1.5 degrees, ”says Luderer.