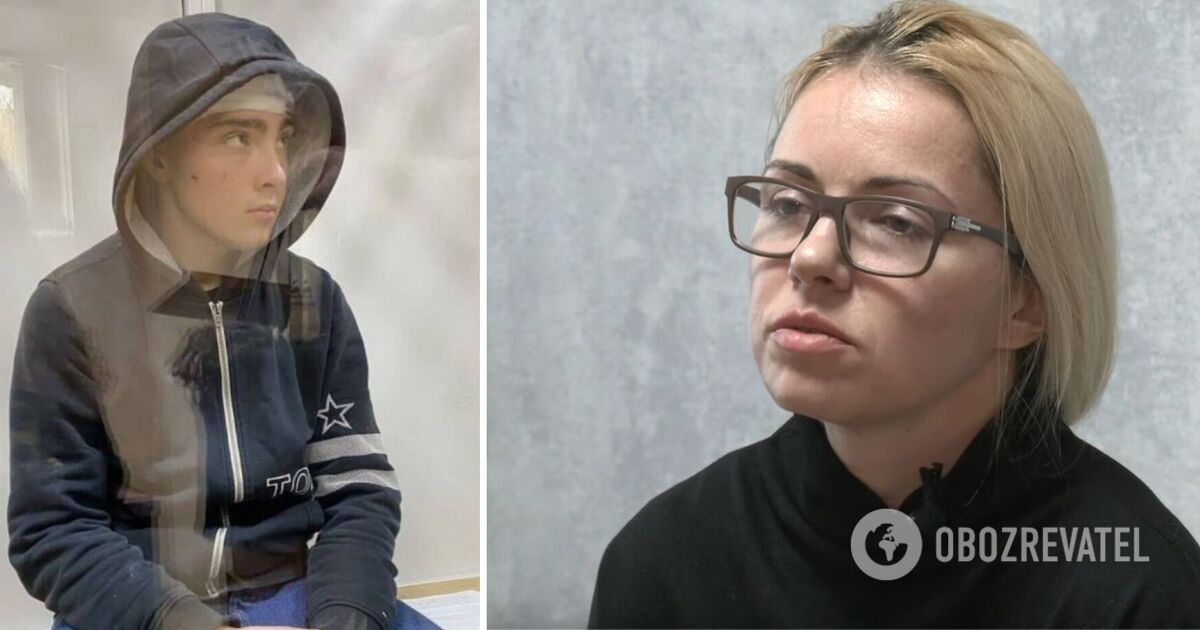 The mother of 16-year-old Nikolai Kharkovsky, who was suspected of a fatal accident in Kharkov on October 26, told how it became possible for the teenager to get behind the wheel of her car. According to the woman, she took the keys and documents abroad with her.

Marina Degtyar told about this in an interview. “Public”… She remembered her son driving around town in September on her previous Dodge car – without a driver’s license and with excessive speed.

“It was a shock to me to find out that he had got behind the wheel of my previous car. I talked to him, he was punished [запретом пользования] Computer, but when I left I took everything with me – documents, a registration certificate for a car, keys ”- says Degtyar.

The teen’s mother says she decided to change the Dodge she bought on credit many years ago because she literally took it out for repairs every week. And Infiniti was recommended to her as a more reliable car.

“The car is not new, it had some nuances that needed maintenance. Kolya picked her up from the gas station with a friend, I know it from the words. A friend got behind the wheel as an adult and had to go to another gas station to come to two conclusions, ”she said of how Infiniti came to see her son.

“I never taught. Little did I know he could drive a car. I understood that from the incident when he took the previous car. This was done by the environment when he spent time trying to be in a circle where adults “with cars, I understand he studied there,” suggested the teenager’s mother.

She concluded that Parents had no authority over their son.

“Parents should always be an authority on their children, we’ve tried too, but adolescence is difficult to sustain during education. In our case it happened that the environment, the desire for social status more … him, became an authority for him. Maybe that’s a fatal mistakewhat led to it, ”says Degtyar.

The woman assured that she paid Infiniti passenger Elizaveta Dusik for the operation, it cost 12 thousand hryvnia. Now he tries to communicate with the family of the late Igor Nosov.

“We would like to apologize humanelyto communicate personally. Please contact our lawyers, we are open to us, ”said the mother of Kharkiv.

The accident happened on the evening of October 26th – Infinitemove at high speed along Odessa Street, collided with a Chevrolet Aveo driving on a legal signal traffic light along Gagarin-Allee. Both cars were literally blown up.

In an accident the 58-year-old driver of the Chevrolet Aveo has died… The Infiniti was driven by Nikolay Kharkovsky, who was born in 2005. Three other young people sat in the car with him: Valery Karjakin, 16 years old Elizaveta Dusik and 19 years old Michail Baranov, seriously injured and who were in intensive care.

Infiniti passengers before the tragic event filmed the enormous speed at which the car was racing with the camera… In these recordings, Kharkivsky admitted that he accelerated it to 200 km / h.

Over time, the victim became Elizaveta Dusik complained about threats because of testimony in an accident… And the sister of one of the injured said that she Familys no complaints and resentments towards the juvenile offender Incidents.

What threatens the “major”

Initiated in the case of the fatal accident in Kharkov Criminal proceedings under Part 2 of Art. 286 (Violation of traffic safety regulations or vehicle operation by persons driving vehicles) of the Criminal Code of Ukraine.

October 28th court arrested a teenager for two months with no alternative on bail… If Kharkiv’s guilt is proven, according to the sanction of Article he is threatened up to eight years in prison with or without withdrawal of the driving license for up to three years.

Though according to lawyers There is a risk of the little culprit Resonanzunfall will escape punishmentunless it catches the media attention. Also a teenager refused to donate blood for analysis even after the court ruling.

Daughter of Igor Nosov, who died in a high profile accident, Anastasia thinks what happened is murder… They also does not believe in the sincerity of Nikolai Kharkovsky’s apologies.

Recorded on the streets of Ukraine for ten months of 2021 more than 154.4 thousand traffic accidents… According to the patrol police, these are Accidents claimed 2,592 lives, still 24 905 injured.

In October, more than 16.5 thousand traffic accidents occurred in the country, including those involving underage drivers. About the most resonant of them, including the accident on Odessa Street in Kharkov, Read our material.

As OBOZREVATEL already reported, Marina Degtyar explained that her family will accept any judgment against his son.