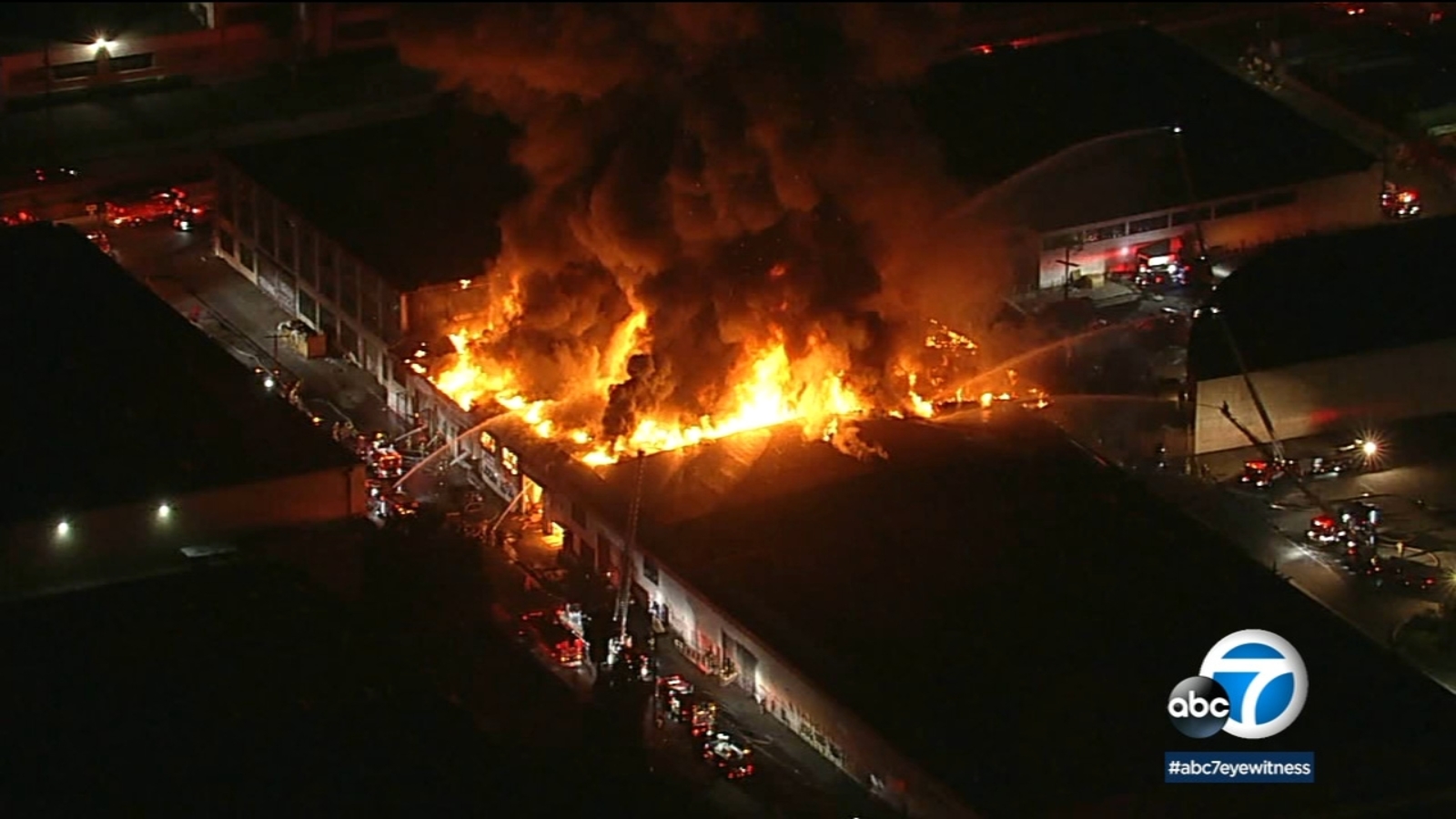 1 min to read
Posted on November 26, 2021
LOS ANGELES (KABC) – More than 100 firefighters fought a major fire alarm in a textile-filled commercial building in the Central-Alameda area of ​​Los Angeles on Thursday evening.

The fire was reported at 7:48 p.m. in the 4800 block of South Alameda Street, according to Margaret Stewart of the Los Angeles Fire Department.

Thick clouds of smoke, visible from afar, filled the sky as firefighters used aerial ladder trucks to fight the flames.

A fire broke out at the site on Tuesday, Stewart said.

The cause of the Thanksgiving fire was investigated.

“With our investigators on the ground, they will be able to determine the circumstances of this fire,” said LAFD Capt. Cody Weireter.

Fire fighters were on duty until late at night to extinguish burning areas.

The City Intelligence Service contributed to this report.