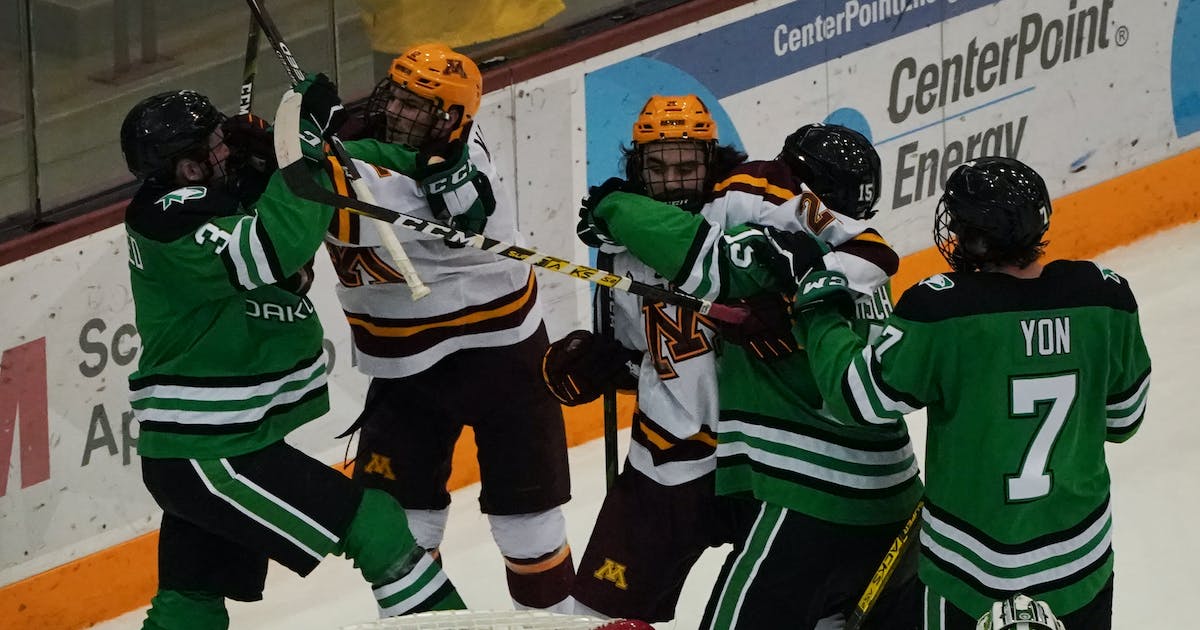 The Gophers men’s ice hockey team is playing a series in North Dakota this weekend for the first time since October 2017.

While a trip to Grand Forks is nothing new to coach Bob Motzko, it’s something new to almost everyone on the Gophers roster.

Only one current gopher has played against the Fighting Hawks at the Ralph Engelstad Arena – Senior Grant Cruikshank. Now in his first season with the Gophers, Cruikshank made the trip to North Dakota when he was at Colorado College.

“I like going up there,” said Motzko, whose teams have played 13 series at Grand Forks during his 13 seasons coaching St. Cloud State. “It’s a fun atmosphere. We got a little feel for it this season with the games in Duluth and St. Cloud. “

Newcomer Matthew Knies, who heads the squad with seven goals with senior Sammy Walker, said: “It’s a historic rivalry. I think all the boys are looking forward to it. “

The teams played twice in Minneapolis in the 2019-20 season, with the Fighting Hawks winning both games. During the 2018/19 season, the teams played in Las Vegas, with AND winning 3-1. The teams split the series in Grand Forks in October 2017.

Both the No. 11 Gophers as well as the No. 6 Fighting Hawks came out of the series splits last weekend. The Gophers (8-6) lost 5-3 to Penn State on Friday and won 4-2 on Saturday. The Gophers are 0-3 on Fridays and 3-0 on Saturdays this month.

The Fighting Hawks (9-4) parted ways with Minnesota Duluth at home – lost 4-1 and won 2-1. North Dakota was 22-6-1 last season, one game behind the Frozen Four, as was Minnesota. This season AND is at home 5-2; the other home defeat was 4-3 in overtime to Bemidji State on October 16.

“[North Dakota] has a very different style than Penn State, ”said Motzko. “They examine and block their defenses. Our wings have to play strong. You’re content with sanding it down. They have to match their intensity. “

The Fighting Hawks are led by Jake Sanderson, who has 15 points – six goals, nine assists – in 11 games. Goalkeeper Zach Driscoll has started all 13 games in his first season in North Dakota after moving from the state of Bemidji and averaged 2.33 goals