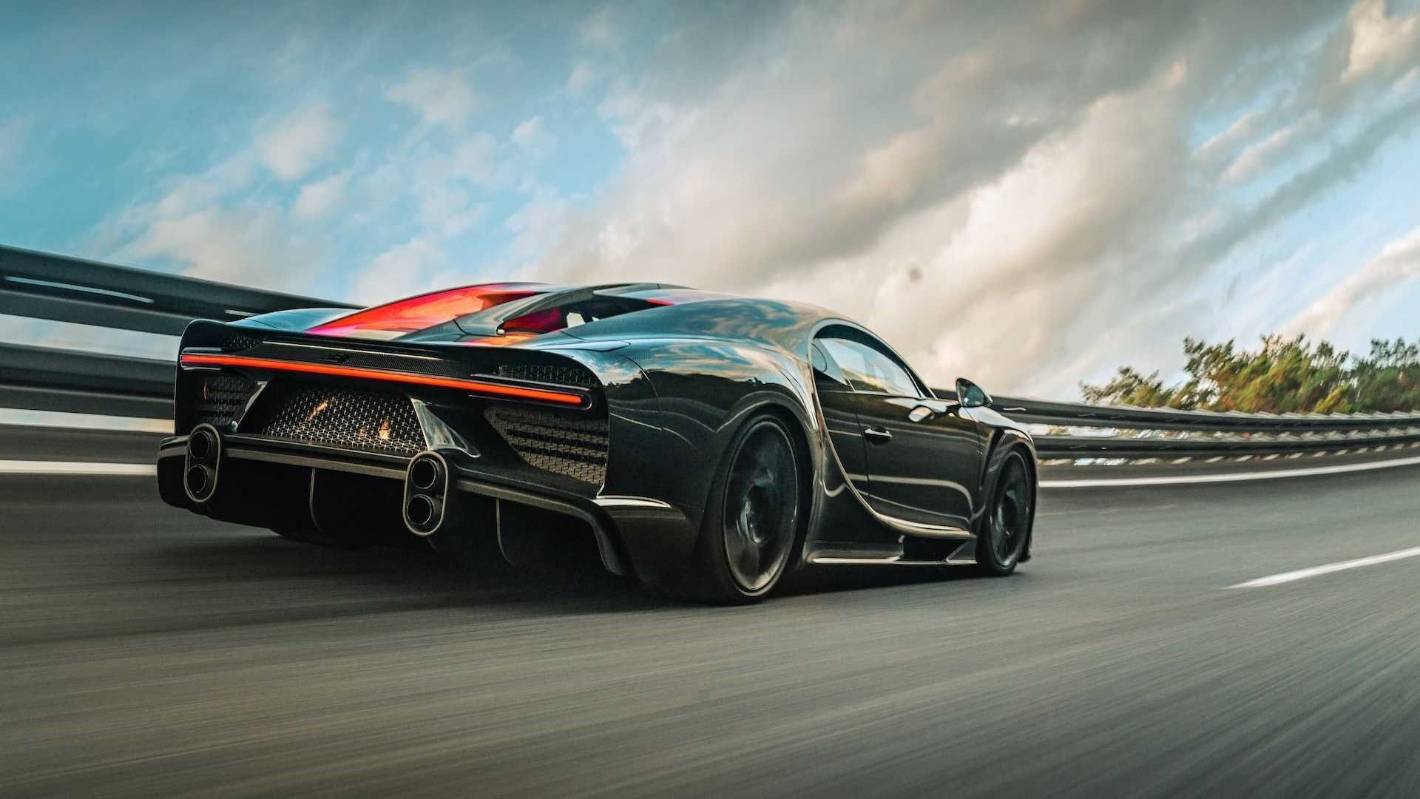 In fact, it was the first with a prototype without a speed limiter.

Used this prototype a modified 8.0 liter W16 engine, 1177 kW output without changes to the gearbox or all-wheel drive, as well as numerous measures to save weight. Bugatti took over the engine in limited production, which included a new exhaust.

It turns out that an exhaust tuned to produce as much power as possible with little consideration for emissions sounds darn good.

CONTINUE READING:
* Bugatti introduces the ultimate pool table
* Listen to the new Corvette in a flat plane on the Nürburgring
* Bugatti and Rimac have merged to form Bugatti-Rimac

A video from October 2020 shows a Chiron Super Sport 300+ taking off at a rainy Bonhams event (past the flags around the car) and it sounds like an old warplane from WWII. Or in short: absolutely brilliant.

It’s a different kind of awe than Koenigsegg’s recent engine video, which shows the 5.1-liter, twin-turbocharged V8 going from idle to the 7500 rpm limit in less than a second.

That’s not far from how fast a superbike engine can spin that is about a fifth the size with much smaller and lighter internals.

The connecting rods are made from “Premium Swedish Steel” and weigh 540 g each, including screws, which is apparently as light as the titanium units of previous generations but is stronger. How this is possible is a mystery to me.

More interestingly, the design of the motor includes a long stroke which is usually not well suited for fast, high revving applications.