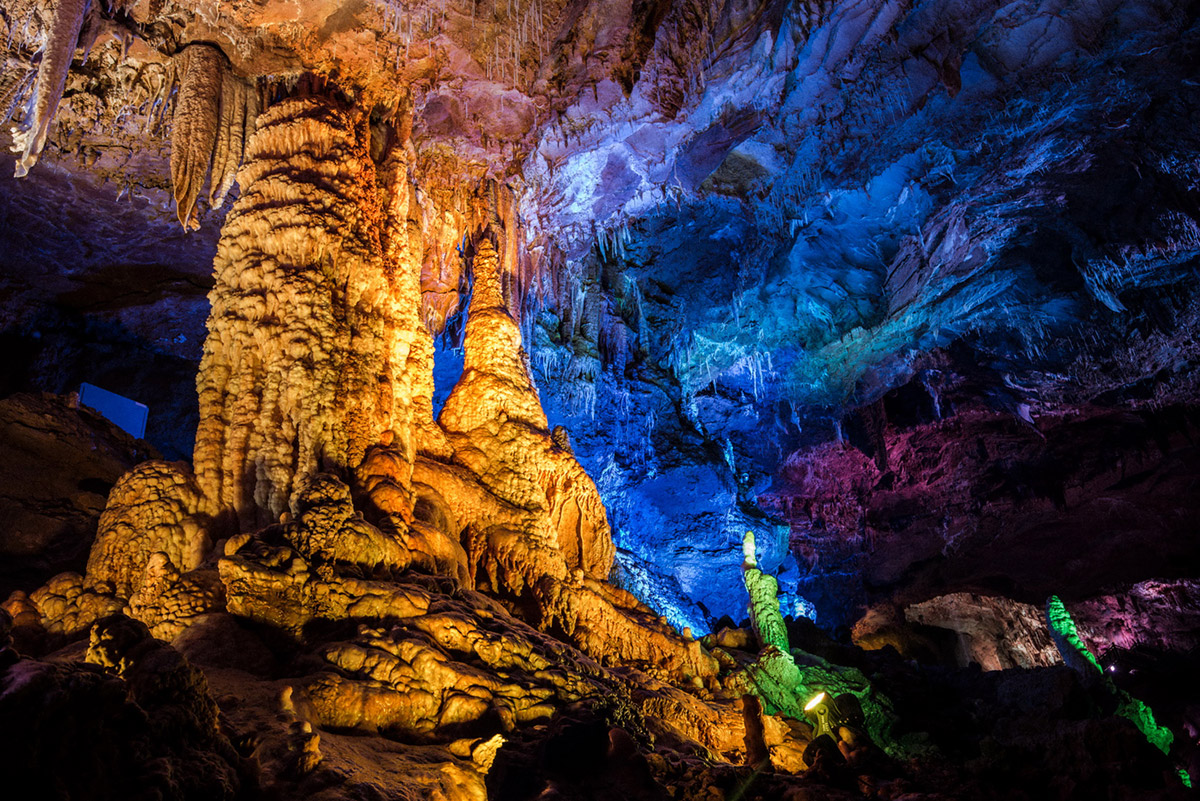 These stalactites in the Chinese Shennong Cave are not only magnificently illuminated – they are also valuable archaeological evidence. Because their limestone layers reveal why the Liangzhu culture in eastern China suddenly collapsed 4,300 years ago. The city built by this early civilization was known as the Chinese “Venice of the Stone Age” because of its monumental hydraulic engineering. Their demise after a thousand years of prosperity was a mystery – until now.

The ruins of Liangzhu City are in the Yangtze River Delta, about 160 kilometers southwest of Shanghai. A high-tech culture flourished there around 5,300 years ago, which is considered to be one of the earliest examples of monumental water culture. The walled city had a complex system of navigable canals, dams and water reservoirs, which is why it is also known as the “Venice of the Stone Age”. The ingenious system supplied the city and its fields with water all year round.

In addition, the remains of Liangzhu also bear witness to the advanced development of this Neolithic culture in other ways: Although the people back then did not know about metalworking, they created innumerable artfully crafted objects and pieces of jewelry from jade. Thousands of them were found as grave goods in Liangzhu. The city was declared a UNESCO World Heritage Site in 2019 because of its great importance for the early history of Asia.

But one riddle of this early advanced civilization remained unsolved for a long time: after almost a thousand years of prosperity, this civilization collapsed. The city was abandoned and the structures fell into disrepair. What led to the sudden end of Liangzhu culture has been controversial so far. “No evidence of human causes such as armed conflicts could be found,” explains Christoph Spötl from the University of Innsbruck.

There are, however, indications of a climatic cause: “A thin layer of clay was detected on the remains that have been preserved, which indicates a possible connection with floods from the Yangtze or floods from the East China Sea,” says Spötl. “From the sludge layer itself, however, no clear conclusions can be drawn about the cause.”

In search of the possible trigger of such floods, an international research team has now examined the stalactites in two caves southwest of Liangzhu. Our photo shows the stalagmites in Shennong Cave. These limestone formations, slowly growing over time, form datable layers that, like annual rings, document the environmental conditions of their time of origin.

Based on isotope analyzes of these stalactite “annual rings”, the scientists were able to reconstruct what climatically happened around 4,300 years ago. “These caves are located in the same area of ​​influence of the Southeast Asian monsoon as the Yangtze Delta and with their stalactites allow us a precise look into the time of the collapse of the Liangzhu culture,” explains Spötl.

The analyzes revealed: 4,345 to 4,324 years ago, the previously favorable climate changed and the monsoons intensified. “The massive monsoon rains are likely to have led to such strong flooding of the Yangtze and its tributaries that even the highly developed dams and canals of Liangzhu City could no longer withstand these water masses,” explains Spötl. The people had no choice but to leave the area and look elsewhere for more favorable conditions. (Science Advances, 2021; doi: 10.1126/sciadv.abi9275)