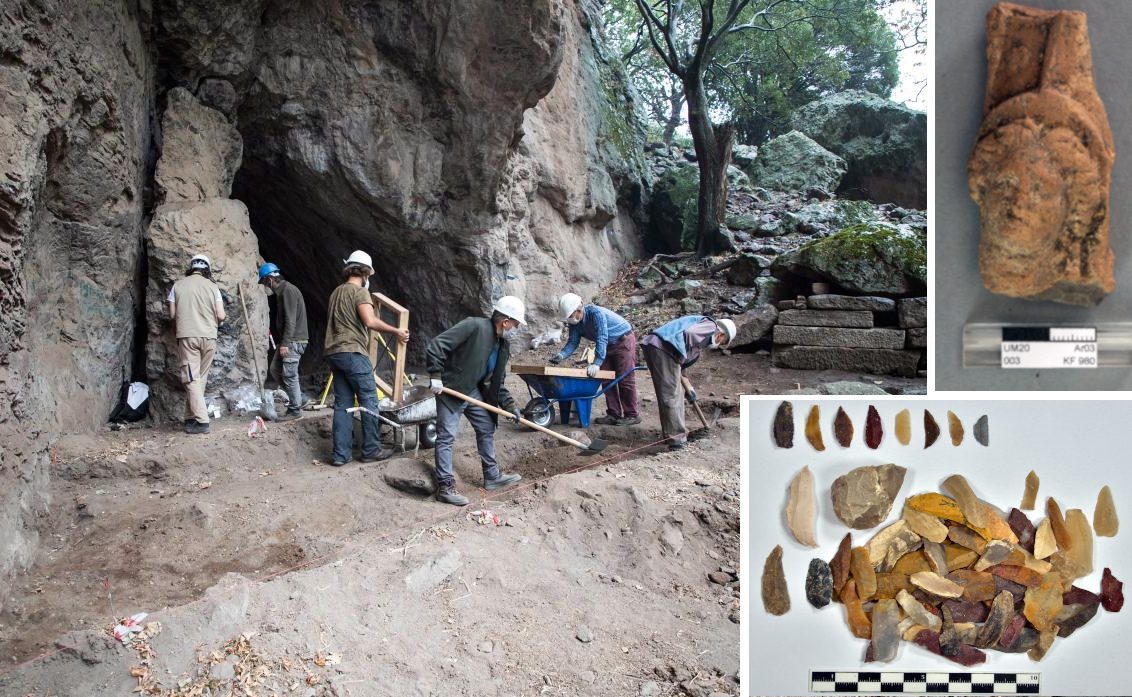 Finds from the Stone Age, antiquity and beyond: Archaeologists report on an ancient and multi-layered cave site on the west coast of Turkey. In the bottom layer, they discovered stone tools and bones that are 14,000 years old and thus come from the so-called post-Paleolithic period. These traces are in turn overlaid by the remains of a sanctuary of the ancient mother goddess Meter-Cybele. Further finds show that the place was visited by people until the Byzantine and Islamic epochs, before it was then apparently forgotten.

Due to its location “between east and west”, the region of today’s Turkey has been of great importance in human cultural development since ancient times. This is evidenced by the famous Göbekli Tepe site from the transition from the hunter-gatherer cultures to the peasant societies. There people were already creating in the 10th millennium BC. First monumental buildings. These early structures are thus assigned to the Neolithic Age. However, so far only a few traces are known from older phases of human history in the area of ​​today’s Turkey. Especially from the west of Anatolia – the contact zone to the Aegean Sea and thus to Europe – there have not been any finds from the Paleolithic or its transition phase to the Neolithic.

But as the German Archaeological Institute (DAI) reports, that has changed: As part of an archaeological exploration, archaeologists discovered ancient traces of human use in a remote cave located above a river between the modern towns of Dikili and Bergama (Pergamon). In autumn 2021, a Turkish-German team then carried out further excavations in front of and in the cave. The DAI is now reporting on the findings so far.

Stone Age under an ancient sanctuary

The use of the cave dates back to the so-called post-Palaeolithic period (Epipalaeolithic): layers with stone tools and bones could be dated to an age of around 14,000 years using the radiocarbon method and the examination of the stylistic features. As the archaeologists explain, the cave apparently served as a seasonal living and production facility for a group of hunters and gatherers. In addition to the numerous animal bones, raw materials for tool manufacture and semi-finished pieces are evidence of this. The people used flint from the bed of the river below the cave entrance as raw materials.

But that’s not all that the site has to offer: The team came across younger traces in and in front of the cave. It was therefore also used in the period between the 3rd and 2nd millennium BC. The precise dating and interpretation of these Bronze Age traces is still pending. Even more recent finds, however, provide more clarity: According to this, the cave was built from the 6th century BC. Used until the Roman Empire as a sanctuary of the mother goddess Meter-Cybele. Among other things, this is shown by the discovery of part of a terracotta statuette of the goddess with her characteristic crown.

As the DAI further reports, the most recent finds also include the Byzantine and Islamic periods. “If you take into account the remoteness of the place, which is difficult to reach on foot, these finds speak for a remarkable continuity in the connection between people and this extraordinary natural monument across the boundaries of epochs and religions,” writes the DAI.

It will be interesting to see what the archaeologists will find out about the mysterious place. The further investigations will deal with the question of why the Stone Age people chose this place as a camp and whether there were any indications of relationships with Inner Anatolia, the Aegean Sea and mainland Greece.