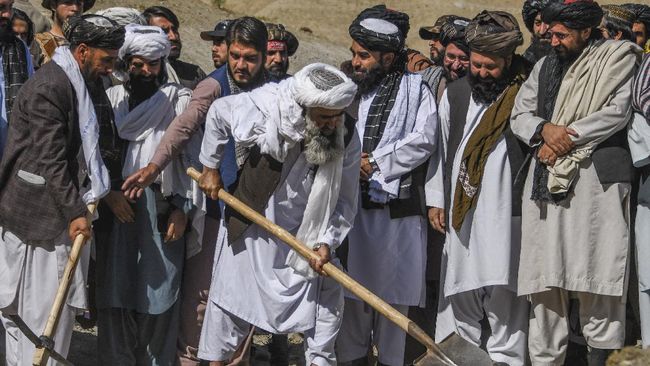 Afghanistan was on the verge of collapse in the first 100 days of the regime Taliban returned to power in the country on Tuesday, November 23rd.

So far, the Taliban are still fighting back and forth for international recognition amid the threat of bankruptcy and the economic crisis.

The Taliban regime’s Afghan Foreign Minister Amir Khan Muttaqi continues diplomatic efforts to get the international community to recognize his group as the legitimate government of Afghanistan.

“The diplomacy and foreign policy of the Islamic Emirate (Afghanistan) is limited to a few neighboring and regional countries for a hundred days. Different countries are waiting to see whether the Taliban will keep their promised promises or not, ”said the former advisor to the Afghan Foreign Ministry, Fachruddin, Qarizada.

During the 100 days that the Taliban were in power, the group’s regime had several meetings with other countries such as Iran, Pakistan, India, Russia and China.

However, not a single country has officially recognized the Taliban regime in Afghanistan.

Most of the meetings focused on international calls for an inclusive Taliban government, respect for human rights, freedom of expression, the right to work and study for Afghan women, and warnings that Afghanistan would not become a breeding ground for terrorism again.

In response to international demands on some of these priorities, the Taliban government has insisted on complying with these demands.

“The country and the world have one opinion about the Taliban, which is that they must change, and they (the Islamic Emirates) must act according to international standards. However, I think the Taliban deserve recognition, ”said political analyst Abdul Moqadam. Amine.

Although recognition of the Taliban as the legitimate government of Afghanistan has not yet been discussed, several countries plan to liaise with the group to help tackle the crisis in Afghanistan.

“You may not represent all Afghans, nowhere near, but you are an authority (in the country),” British Prime Minister Boris Johnson said some time ago.

The Taliban is threatened with bankruptcy and the economy is collapsing, read on the next page >>>

Afghanistan on the verge of bankruptcy