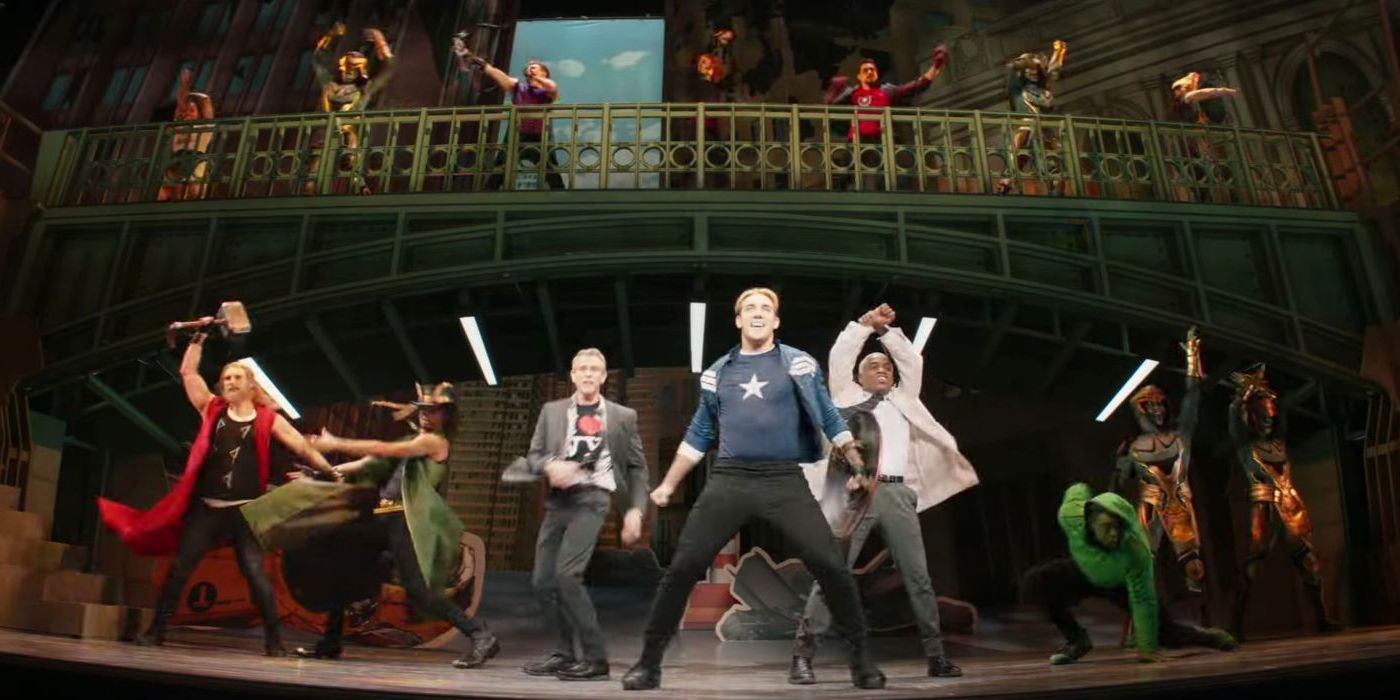 Editor’s Note: The following article contains spoilers for the first episode of Hawkeye.

Falkenauge kicked off its first two episodes today, and the debut came with a pretty cheesy but hilarious scene where everyone’s favorite archer is recording a musical. In Episode 1, Clint Barton sees through the fictional stage play how popular the Avengers have become Rogers: The musical – which of course goes hand in hand with a great, sensational music number. If you loved the piece from Save the City that was played in the episode, Marvel released a full version that you can listen to for free right now.

The scene in question acts as a major parody of Broadway musicals based on hit shows. While the play recounts the events of the first Avengers film, some details, like Ant-Man’s inclusion in the Battle of New York, are hilariously wrong. It also tries to condense a lot of Avengers lore into a single musical, although it is only meant to focus on the Battle of New York. There’s a line about the city that changes its perspective to love the superhero team, which assumes the MCU Civil War just came and went with no fanfare. Plus, the costumes are pretty bad at another hit at low budget musicals. All of this drives Barton up a wall enough to purposely turn off his hearing aid.

“Save the City” was made specifically to fit the over-the-top show-stopper shape, with some generic lyrics and shabby writing that poke fun at New York and even some of the Avengers themselves. The chorus has a lot of “rah-rah, fight the fight” stuff that goes into the meme-worthy line, “I can do this all day!” culminates. That really adds to the cheese factor. Towards the end, the song describes all of the Avengers and subtly stabs Hawkeye, calling him “cool” and “a really nice guy” while all of his teammates are admired for their godlike powers or unsurpassed beauty – which is hilariously mean – spirited for a musical that was made to celebrate the Avengers.

To make the song a perfect riff on Broadway, Marvel spared no expense and brought it along Marc Shaiman and Scott Whitman to put the number together. The two are veterans of the theater and previously created the smash hit Hairspray and participation in a number of other prominent musicals Charlie and the Chocolate Factory to Mary Poppins returns. Adam Pascal, Ty taylor, Rory Donovan, Derek Klena, Bonnie Milligan, Christopher Sieber, and Shayna Steele everyone contributes their voice to the production and gives it the feeling of a real stage production.

The first two episodes of Falkenauge streaming on Disney + now. Check out the full incredibly cheesy music number below:

He also talks about what surprised him about working with Marvel.

Ryan O’Rourke is a collider gaming news writer and a lifelong gamer. As a die-hard Cubs fan, he writes on a FanSided blog and can be found at a baseball game or his switch in his spare time.