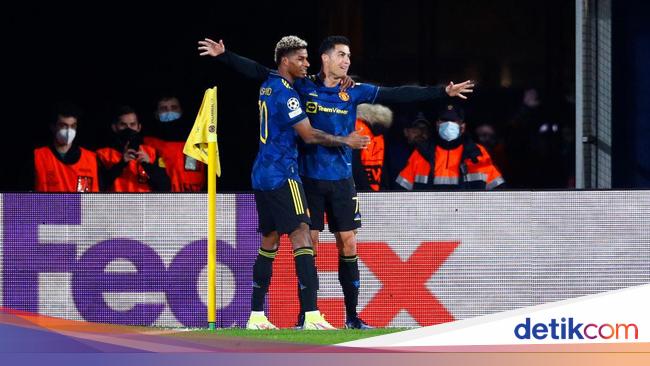 MU took a 2-0 win over The Yellow Submarine. In the game at the Estadio de la Ceramica on Wednesday (24.11.2021) in the early morning WIB, Ronaldo and Jadon Sancho were MU’s goal scorers.

Ronaldo broke the deadlock MU in the 78th minute. Ronaldo took advantage of Etienne Capoue’s mistake when he was harassed by Fred and invited Villerreal’s goal.

In the last minute, Ronaldo became the prelude to Jadon Sancho’s goal movement. In a counterattack plan, Ronaldo involved Marcus Rashford and Bruno Fernandes to give way to Sancho to score his first goal for United.

UEFA technical observer Mixu Paatelainen did not hesitate to crown Ronaldo as the best player at the Villarreal v MU. Ronaldo It is believed that he not only contributed in the attack, but also when the MU increased defense.

“His work ethic was both defensive and offensive, and his anticipation and movement was incredible throughout the game,” said Paatelainen on the UEFA website.

“It’s dangerous from the sidelines and as a center forward. He scored the first important goal and was involved in the second, ”he added.

With United this season Ronaldo have never missed a goal on 5 Champions League match days. The Portuguese has scored 6 goals for the Red Devils.