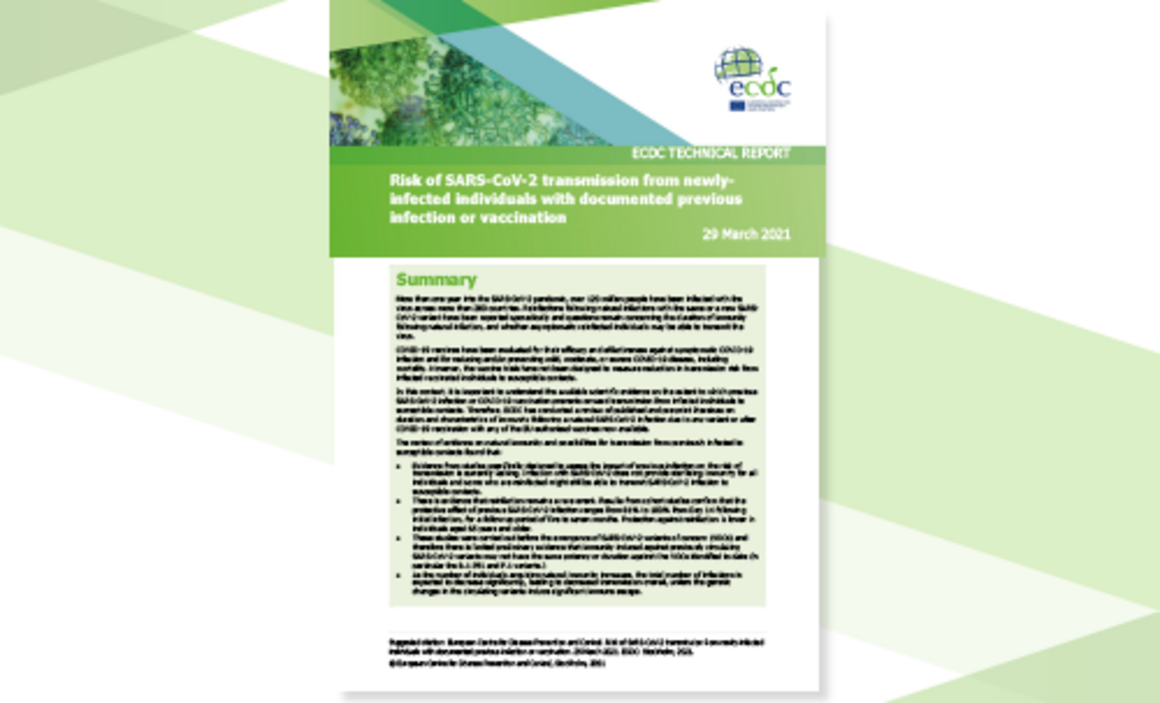 This Rapid Risk Assessment evaluates the risk caused by the spread of the delta variant of SARS-CoV-2 between the 1st. Updated forecasts developed for this risk assessment are based on the latest findings on SARS-CoV-2 seroprevalence, the effectiveness of the COVID-19 vaccine and declining vaccine immunity, which will also be featured.

Most EU / EEA countries saw an increase in case reports, hospital admissions and intensive care admissions (ICU) for SARS-CoV-2 in October and early November, after a decline in August and September 2021 due to the spread of the Delta variant (B.1.617.2) in connection with insufficient vaccine intake and widespread relaxation of non-pharmaceutical interventions (NPIs) promoted. While the burden of COVID-19 is particularly high in a number of countries with low vaccine intake, there is evidence of an increasing burden even in countries with higher vaccine intake. The current epidemiological situation is to a large extent driven by the high transferability of the delta variant, which counteracts the reduction in transmission achieved through the current introduction of vaccinations in the EU / EEA.

To date, 65.4% of the total population and 76.5% of the adult population in the EU / EEA are fully vaccinated against COVID-19. The general pace of the weekly increase in vaccine uptake in the EU / EEA is slowing and is mainly driven by the introduction in younger age groups. Four countries still report less than 50% of total vaccine intake in the general population. Despite the emergence and the continued dominance of the delta variant, which is up to 60% more transferable than the previously dominant variant alpha (B.1.1.7).

Available evidence from Israel and the United Kingdom shows significant increases in protection against infections and serious illnesses in the short term after a booster dose in all age groups. All EU / EEA countries have to give vaccinations with “extra dose” (to better protect people with an inadequate immune response to the primary vaccination schedule) and “booster vaccinations” (to improve the protection of people who have had immunity in the May subside over time after vaccination is completed) started main schedule).

The year-end holidays are traditionally associated with activities such as social gatherings, shopping, and travel, which pose significant additional risks to increased Delta transmission.

Modeling scenarios that consider vaccine uptake (including “extra dose” and “booster” vaccinations), vaccine efficacy, declining vaccine-induced immunity, vaccination of children, natural immunity and population contact rates indicate The potential burden of disease risk in the EU is expected to have very high / EEA of the Delta variant in December and January unless NPIs are now used in combination with continued efforts to increase vaccine intake in the general population .

Model projections highlight the need for NPIs as an immediate measure to control transmission, combined with the introduction of booster doses for adults, which should be a priority at least six months after completing a primary vaccination schedule for people 40 years and older. Booster doses will maintain transmission control beyond the immediate effects of implementing NPIs.