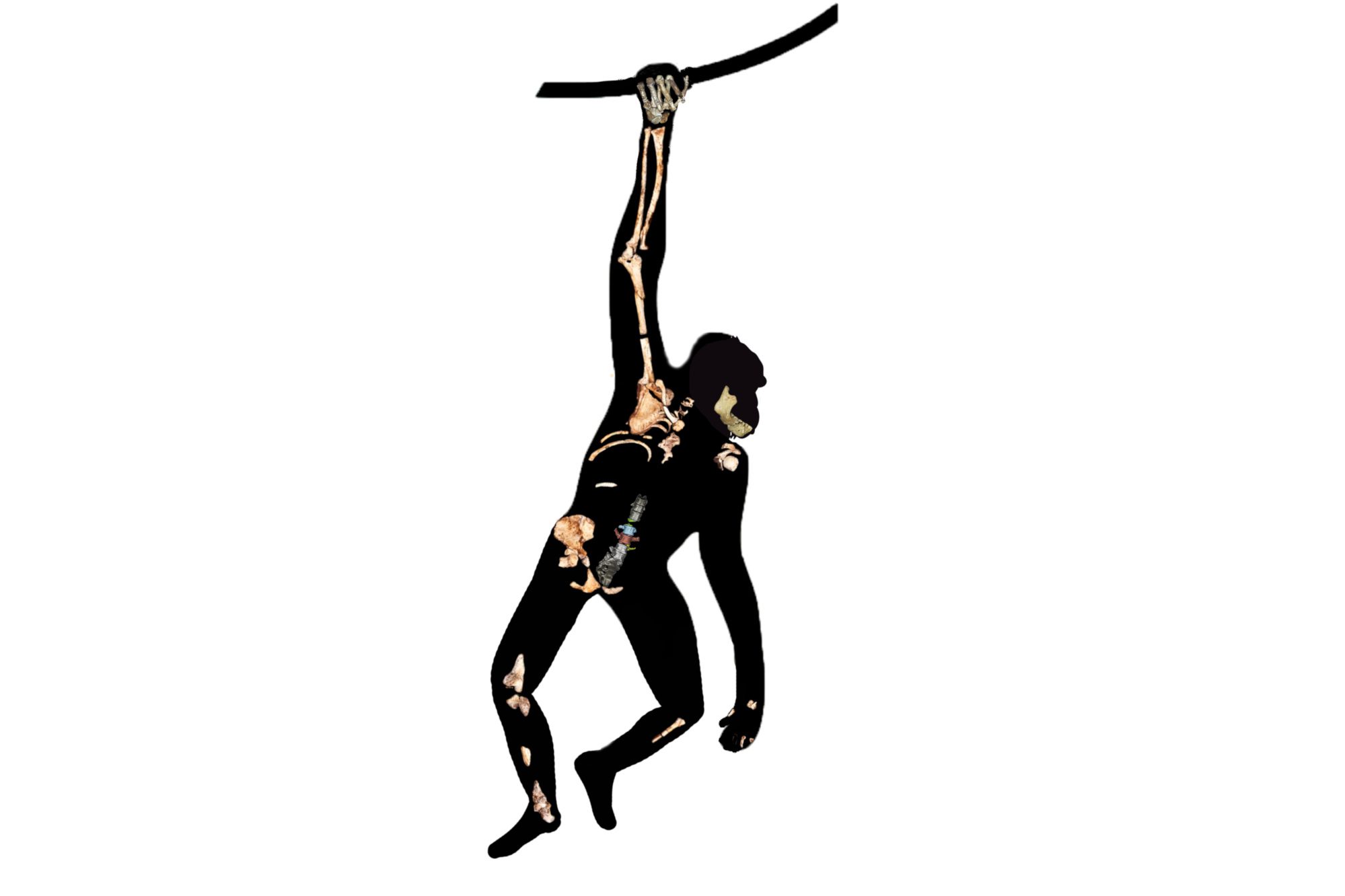 A little monkey, a little human – the enigmatic Australopithecus sediba was a mosaic creature, new finds of vertebral bones illustrate. Their characteristics reflect the fact that these pre-humans walked similarly to us about two million years ago, but could also climb as well as monkeys. According to this, her spine already had the curvature that is typical for us, which is considered an adaptation to the upright gait. Other features of the vertebrae and previously discovered parts of the skeleton, however, are more ape-like and enable A. sediba to move about easily in the trees, the anthropologists report.

How did the development go, at the head of which modern man is now? The anthropological research of the last decades has made it increasingly clear that the human family tree was evidently quite complex: There were several different representatives of the genus Homo as well as pre-humans, whose role in the history of development, however, often remains unclear. In 2008, around two million year old fossils of strange hominids from South Africa became a scientific sensation. This new form of hominid from the Australopithecine group was given the name Australopithecus sediba.

Further discoveries at the site made it clearer and clearer: A. sediba had a striking mixture of ape-like and human characteristics. Even if it remains unclear whether this prehistoric man belonged to our direct ancestors, these findings at least showed that A. sediba was a representative of our archaic relatives. He still had a comparatively small brain and a protruding mouth, and other features were more in line with those of great apes. In addition, the anthropologists also found human traits. This also applies to an almost symbolic feature – moving on two legs: anatomical features suggested that A. sediba walked upright. So far, however, there have been no finds that provide decisive evidence of how well the pre-humans could walk: only a few fossil parts of the lower ridge of A. sediba were known.

But now the researchers led by Lee Berger from the University of Witwatersrand are reporting the newly discovered lumbar vertebrae of a single individual, which together with the previously discovered fossils result in a clearer picture of the lower back. The four completely or fragmentarily preserved vertebrae were recovered near the earlier finds. In order to be able to examine them contact-free, the researchers created virtual models. In this way they were able to assemble the vortices on the computer with already known parts. It was shown that they belong to the spine of the partial skeleton of a female A. sediba, which was first described in 2010. Its catalog number is MH 2 – but anthropologists use the nickname “Issa”.

“Issa was already one of the most complete skeletons discovered, and these vertebrae now complete the lower back,” says Berger. His colleague Scott Williams continues: “The lumbar region is crucial for understanding movement behavior and for how well beings from our family tree are adapted to walking on two legs”. Earlier investigations based on the existing fossils led to the hypothesis that A. sediba, in contrast to humans, still had a relatively straight spine, as is typical for great apes today. With us, on the other hand, the so-called lordosis – the inward curvature of the lumbar spine – enables a stable, upright posture.

Based on the characteristics of the vertebrae and thus the lower back, the researchers were able to show that A. sediba already exhibited pronounced lordosis. The curvature was therefore more pronounced than in all other known representatives of the Australopithecines. It is only surpassed by Homo erectus and later members of our family tree, the researchers report. Nevertheless, the findings on the lower back again confirm the image of a hybrid being: “While the presence of the lordosis and other features of the spine are clear adaptations to walking on two legs, other aspects that indicate ape-like trunk muscles provide indications of adaptations the locomotion in the branches, ”says co-author Gabrielle Russo from Stony Brook University in New York.

Combined with other parts of the torso anatomy, this suggests that A. sediba has retained distinct adaptations for climbing, the scientists say. “Issa walked like a person, but could climb like a monkey,” sums up Berger. In conclusion, co-author Cody Prang of Texas A&M University at College Station said, “How these combinations of traits persisted in our ancient ancestors, including possible adaptations to both walk the ground on two legs and effectively climb trees climbing is perhaps one of the most important open questions about the origins of man, ”says the anthropologist.