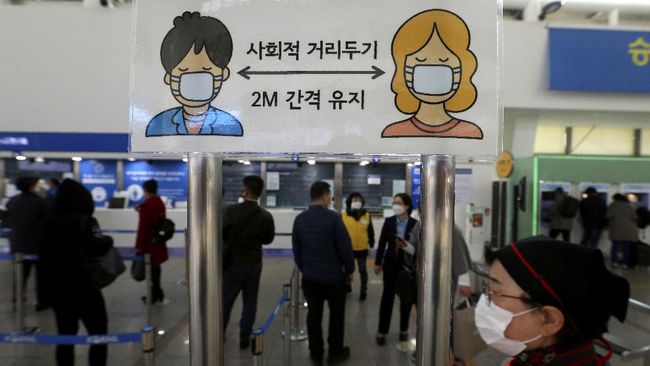 The rise in cases is due to the fact that South Korea began implementing its “Living With Covid-19” plan in early November. The plan aims to lift social distancing rules and eventually reopen the country after meeting its vaccination goals last October.

Prime Minister Kim Boo-kyum said the situation in the Seoul metropolitan area was critical enough to be able to impose contingency plans at any time, Channel News Asia (CNA) reported.

Kim asked health officials to classify patients based on symptom severity and use self-medication options for mild or asymptomatic cases. On the flip side, less than 20% took care of themselves at home last week.

Meanwhile, the Korea Disease Control and Prevention Agency (KDCA) said contingency plans could be put in place if and when the national ICU bed capacity exceeds 75%.

As of Tuesday evening, hospitals in South Korea have treated 586 patients with severe COVID-19. These new patients quickly filled the confined hospital beds. More than 85% of them are 60 years of age and older.

At least 69% of the intensive care beds are occupied nationwide, 83% in the capital Seoul and the surrounding area alone. It did so thanks to the health authorities, who rushed to get more beds, issued government orders.

Despite the rise in hospital admission rates, the mortality rate in this country is still relatively low at 0.79%.

South Korea was one of the first countries to record cases of the new coronavirus after it appeared in China in late 2019. Since then, South Korea has had a total of 425,065 infections with 3,363 deaths to date.

The country has also fully vaccinated 79.% of its 52 million residents, while only 4.1% received a booster vaccination.