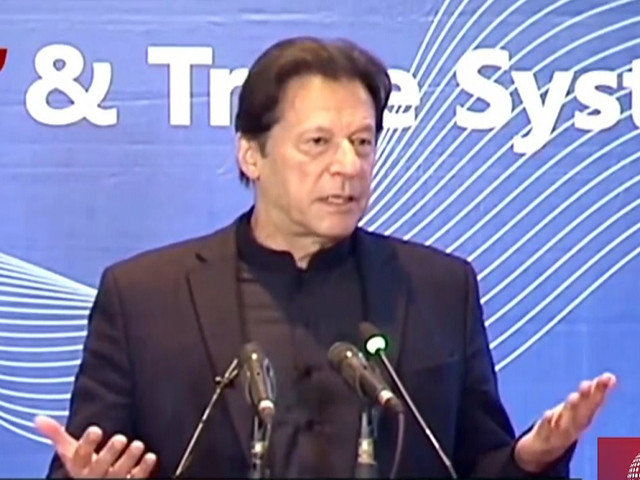 Prime Minister Imran Khan noted on Tuesday that the rising foreign debt and low tax revenues had become a “national security” issue because the government did not have enough funds to spend on the good of the people.

He also claimed that the country’s sustainability was at stake due to the lack of a “tax culture” and hoped that the use of technology would increase revenue collection to Rs 8 trillion a year.

“Our biggest problem is that we don’t have enough money to run our country, which is why we have to take out loans,” he said at the opening ceremony of the first track and trace system (TTS) of the Federal Board of Revenue (FBR) for the sugar industry in Islamabad.

The FBR’s TTS will provide electronic monitoring of the production and sales of key sectors such as tobacco, fertilizers, sugar and cement.

This will help bring transparency to the system and increase the country’s revenue.

As part of the system, no production bag of sugar is removed from the factory or the manufacturing facility without a stamp and individual identification number.

In the next phase, the FBR plans to introduce the track-and-trace system in the mineral oil and beverage sector.

Prime Minister Imran praised the FBR for introducing the TTS, but said the system would have “far-reaching” implications for the country’s tax collection.

Citing examples from Western countries, the Prime Minister said the tax rate in the Scandinavian countries was around 50%.

He claimed that contrary to the aristocratic lifestyle of the ruling elite in our country, ministers in the west including Britain, which had 50 times more revenue than Pakistan, were reminded that they were using public money if they were ever spending heavily.

“When ministers in the UK – a country of 60 million people and an income 50 times higher than Pakistan – go abroad, they use economy class when the flight time is less than five hours,” he noted.

“Contrary to the practice of Pakistani leaders in the past who spent ten times more public money on overseas travel, the UK Prime Minister preferred to stay at the UK embassy in the US to save his country’s tax money.

“But unfortunately the tax culture was never developed in Pakistan,” he said, adding that the country’s ruling elite never took any action to encourage people to pay taxes.

The prime minister believed that the only way to break the “vicious cycle” of debt was to pay taxes.

Prime Minister Imran described Pakistanis as one of the most generous nations in the world and said people would start paying taxes if they were assured that their money would not be misused by the rulers.

Earlier, in his remarks on the occasion, financial advisor Shaukat Tarin said that with the current number of three million active taxpayers, of whom only one million originally paid taxes, the tax network will be expanded by up to 15 million with the use of technology in cooperation with the National Database and Registration Authority (NADRA).

In addition, he said, FBR machines are being installed in retail stores in various locations across the country to unlock the true potential of sales tax. However, he made it clear that small traders are classified in a fixed tax bracket.

(With input from APP)